It’s been a weekend for the history books for English Surfing – the 2020 MVMT English National Champions have been crowned. Peony Knight successfully took the Women’s Champion title for a consecutive year and Luke Dillon returned to the English competition scene to claim the Men’s Champion title – both surfers demonstrated clear style & flare in the water.

The 2020 MVMT English National U18 & Open Shortboard Championships was a fresh event for Surfing England for 2020 – put into place to select the Team who will travel to Scotland to compete at the British Surfing Championships & British Cup. The build up to the weekend saw a challenging forecast but one which promised waves & weather. A relocation to Tolcarne Beach provided the best conditions and the perfect amphitheater for spectators to watch the unfolding action.

Saturday kicked off with 8 fiercely competitive heats in the Men’s Open, the live scoring keeping everyone glued to the action. Heats were coming right down to the final minutes as surfers were looking for those open-faced sections. Seth Morris & Barnaby Cox were notable; both have just graduated Team England Juniors and won their heats in Round 1 and surfed through to the Men’s Final, Barnaby overall placing 3rd & Seth taking 4th. It was great to see former champion Sam Lamiroy returning to the competitive scene and charging through to the semi-finals. Bude boys Stanley Norman and Reubyn Ash both delivered the airs and some impressive scores – Stan charged to the final and placed 2nd, Reubyn dropping out in the semi-finals in a tricky heat. An exciting addition to the English Surfing scene, Beck Adler who has dual nationality travelled from Venice Beach in California to compete. He certainly set some fire in Round 1 where he took the heat win ahead of Luke Dillon. Luke fought back in the Quarters where he took a heat win and continued to an impressive final where he took the win and the 2020 Men’s Champion title. 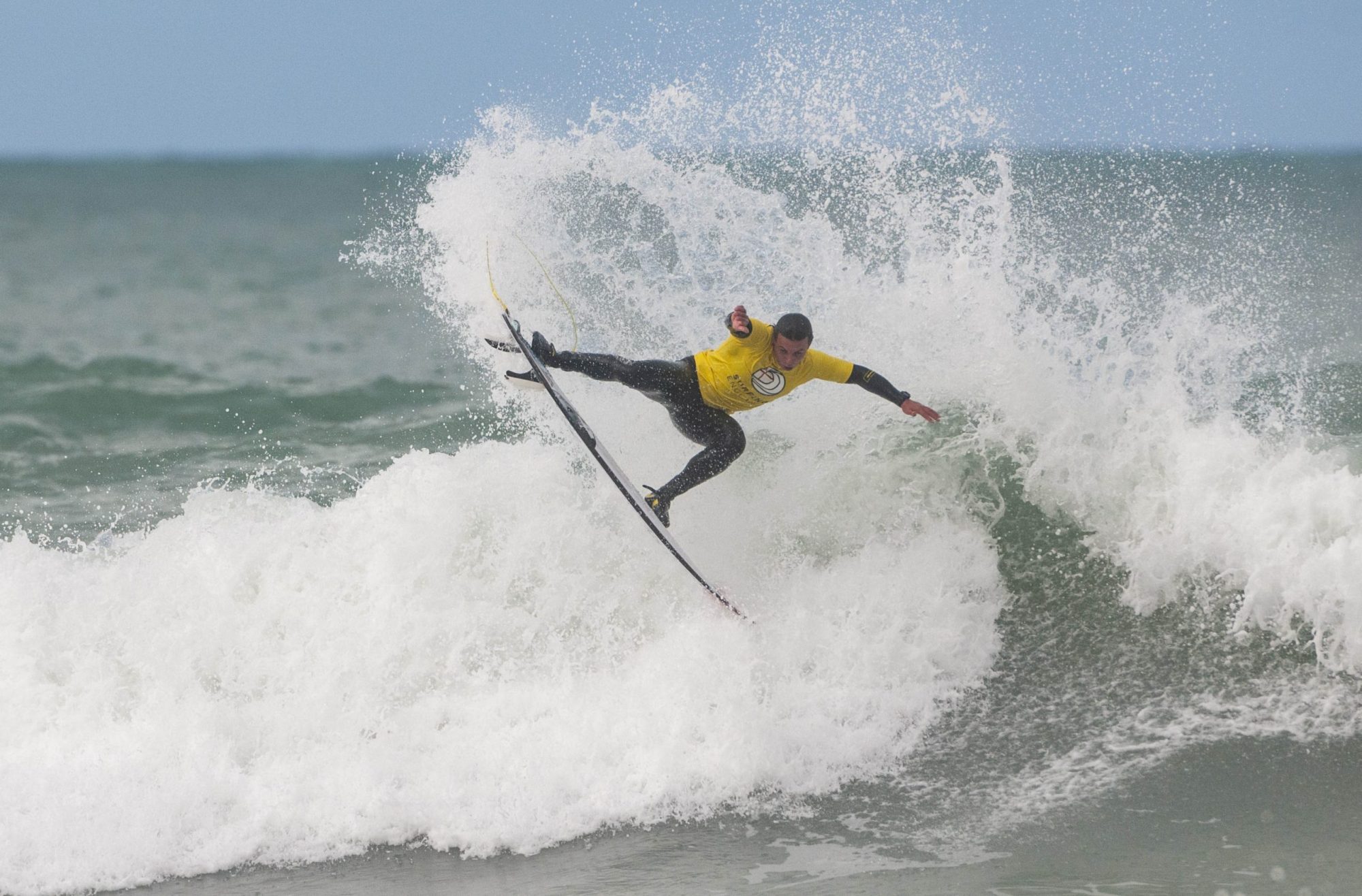 We caught up with Luke after who said “so happy to win the English Nationals. It’s a prestigious title and to add it to the collection is amazing. I’ve not competed in the UK for a couple of years due to being on the international circuit so to come back and go straight into a win feels really good. The Juniors all weekend were pushing all the guys. Having those three in the final with me was both amazing to see and nervous to surf again. English surfing is in good hands, but it was nice to come out on top and show everyone I’m still a force”

In the Women’s the talent right now is incredible; most of the U18 Girls surfed in both Divisions and certainly were charging hard. Alys Barton surfed impressively in both divisions, taking the Under 18s Girls Champion title and placing 3rd in the Women’s final, just ahead of Lucy Campbell who after smashing her heat in the semi-finals took 4th place overall in the final. Ellie Turner returned to the English competition scene and won 2 consecutive rounds before being nudged off the top spot by Peony Knight who proudly claimed her Women’s Champion title for a second year. 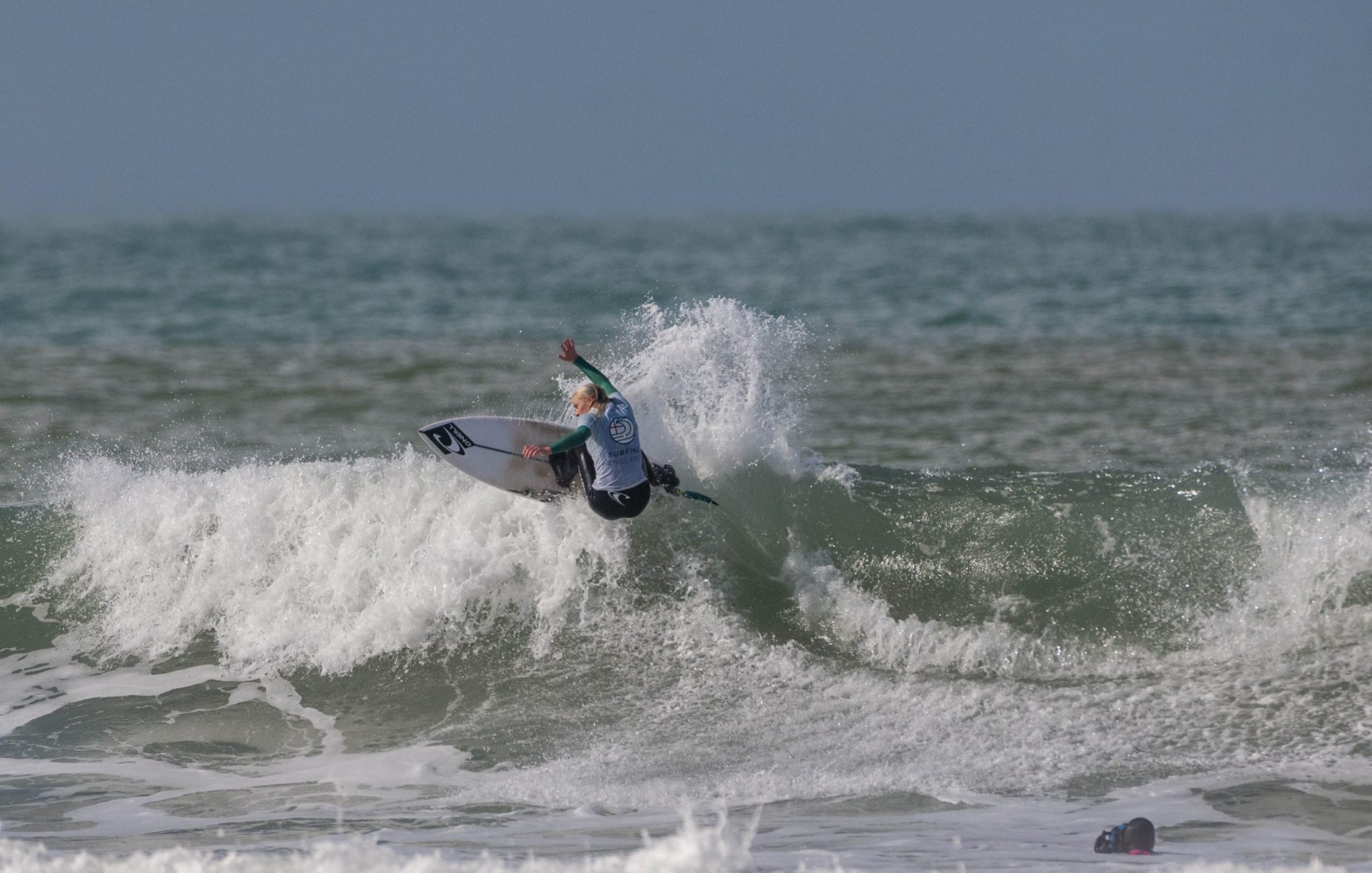 In the U18 Girls, Lauren Sandland stayed true to form and was on Alys’ tail throughout the event taking 2nd overall. Belle Betteridge stunned the judges in the semi-final with a brilliant display of surfing and a comfortable heat win taking her to the final where she took 3rd spot ahead of Tegan Blackford who placed 4th.

The U18s Boys were shredding – stand out performances from Stanley Norman and Beck Adler saw both taking heat wins all the way through the event where they met in the final. Noah Capps put the graft in and came 1st overall in the Division, Stan taking 2nd and Beck placing 3rd. Max Bullen, who is also new to the English surf scene delivered promising results and placed 4th overall.

Surfing England Operations Manager Hannah Brand said “we were so stoked to deliver this event – putting it on the calendar in March presented us with some challenges, including a late change of location to fit with the conditions but we got some great waves. The atmosphere all weekend was electric, the standard of English surfing is so high right now and the future is bright” 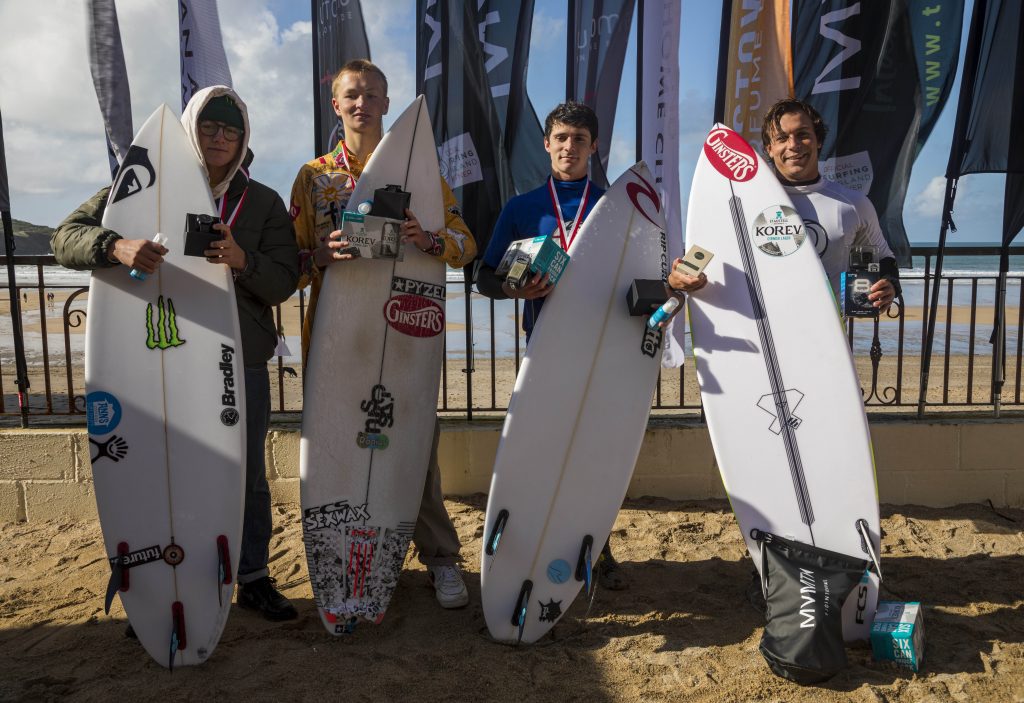 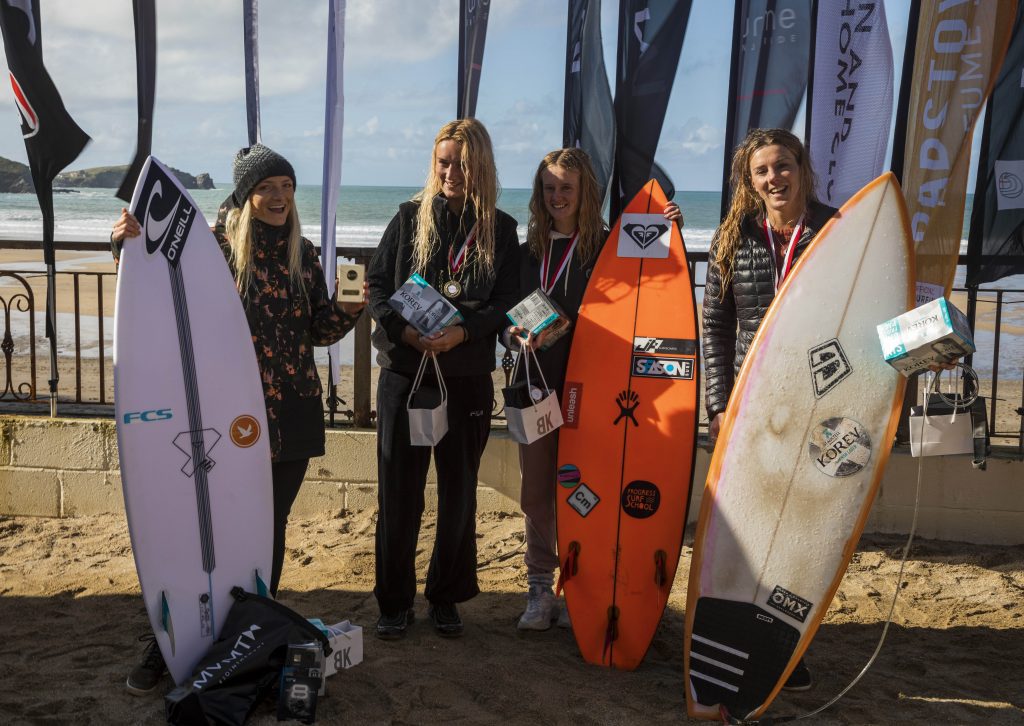 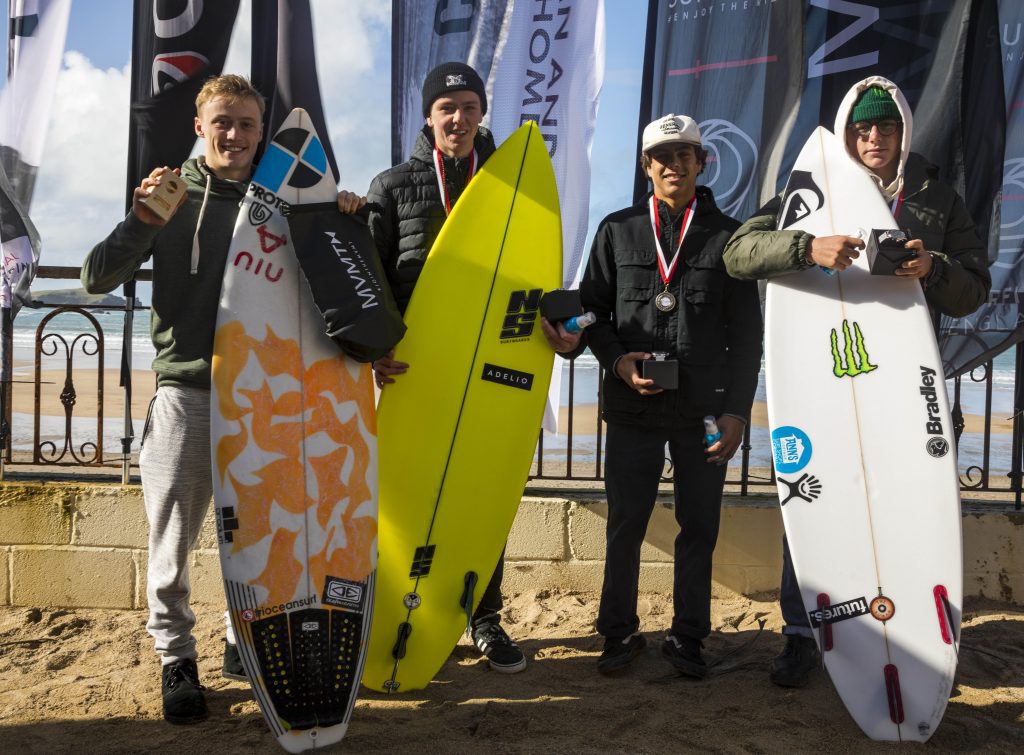 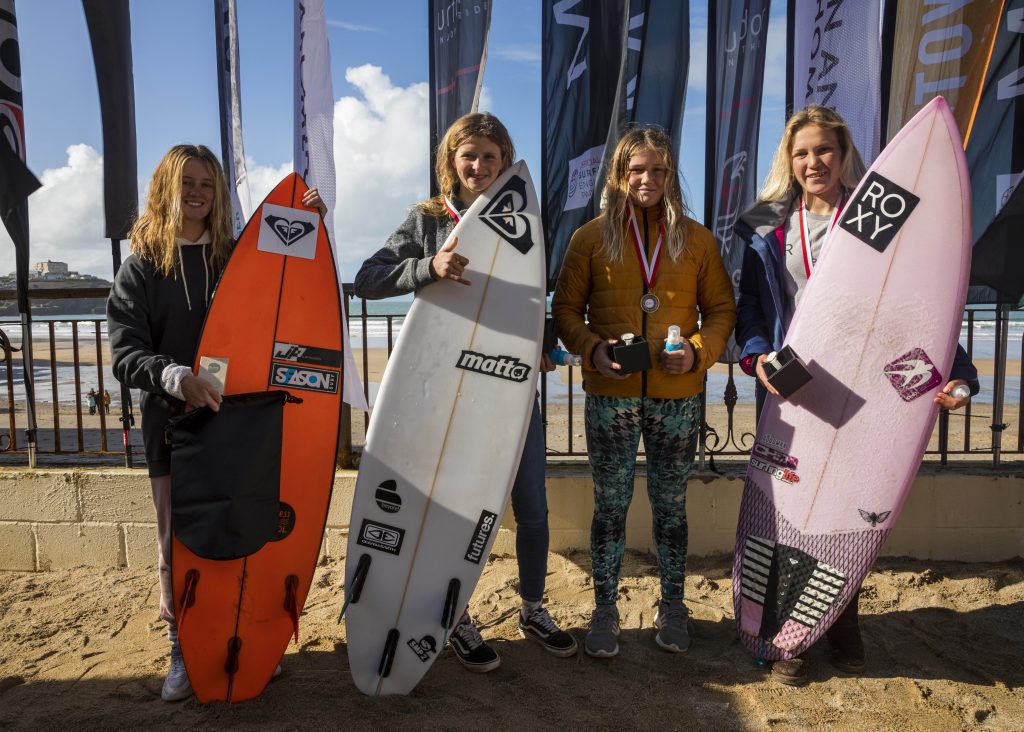 For full scores from the weekend go to liveheats: Click Here

A huge thank you to Tolcarne Beach for hosting us & Era Adventures for providing Lifeguard cover. Thanks to all the Event Staff and Judges for joining us for this event. Thank you also to Cornwall College Surf Science students volunteering throughout the weekend. A further thank you to our Official Media Partners Panoptic Motion and our photographers Rob Tibbles and Nick Corkhill.