Great Western Beach in Newquay provided the amphitheatre for the first stop of the GromSearch UK Series. Surfing England made the decision to switch from the main location of Watergate Bay due to the large end of summer swell and what a great move it turned out to be. The swell rolled in, the sun popped its head out and the Slope Beach Bar provided great hospitality.

Action was hot from the very first heat to the last and the 75 entrants displayed the depth of talent in the UK juniors right now. In the U12’s boys Lukas Skinner lit up the beach with several crowd inspiring airs in the first heat of competition and throughout the event but still was pushed into 2nd place by a rapidly improving and solid display by Reen Bowden. 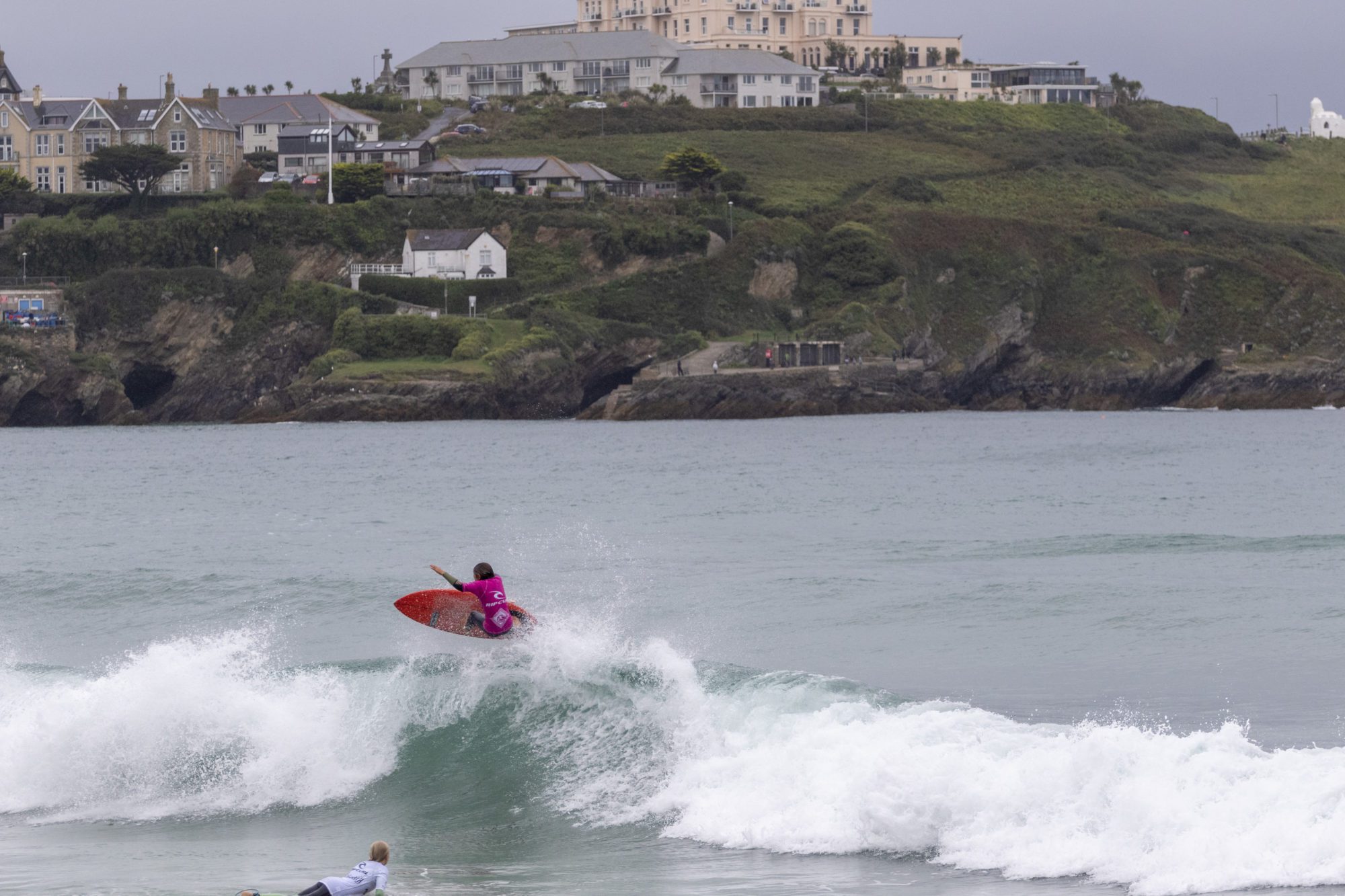 Reen Bowden-Inoue boosting with Newquay as the perfect backdrop

In the U12’s girls it was great to see surfers travelling from as far as Wales and Newcastle to compete but in the end, it was local Newquay surfer Eva Blackford who took the win. Another local Megan Webb took the U14’s girls title.

In the U16’s Welsh sensation Alys Barton proved she is simply unstoppable in the GromSearch. Last years’ series winner still has fresh memories of competing in the World Finals in Costa Rica and is again in the hot seat for a qualifying spot this year. 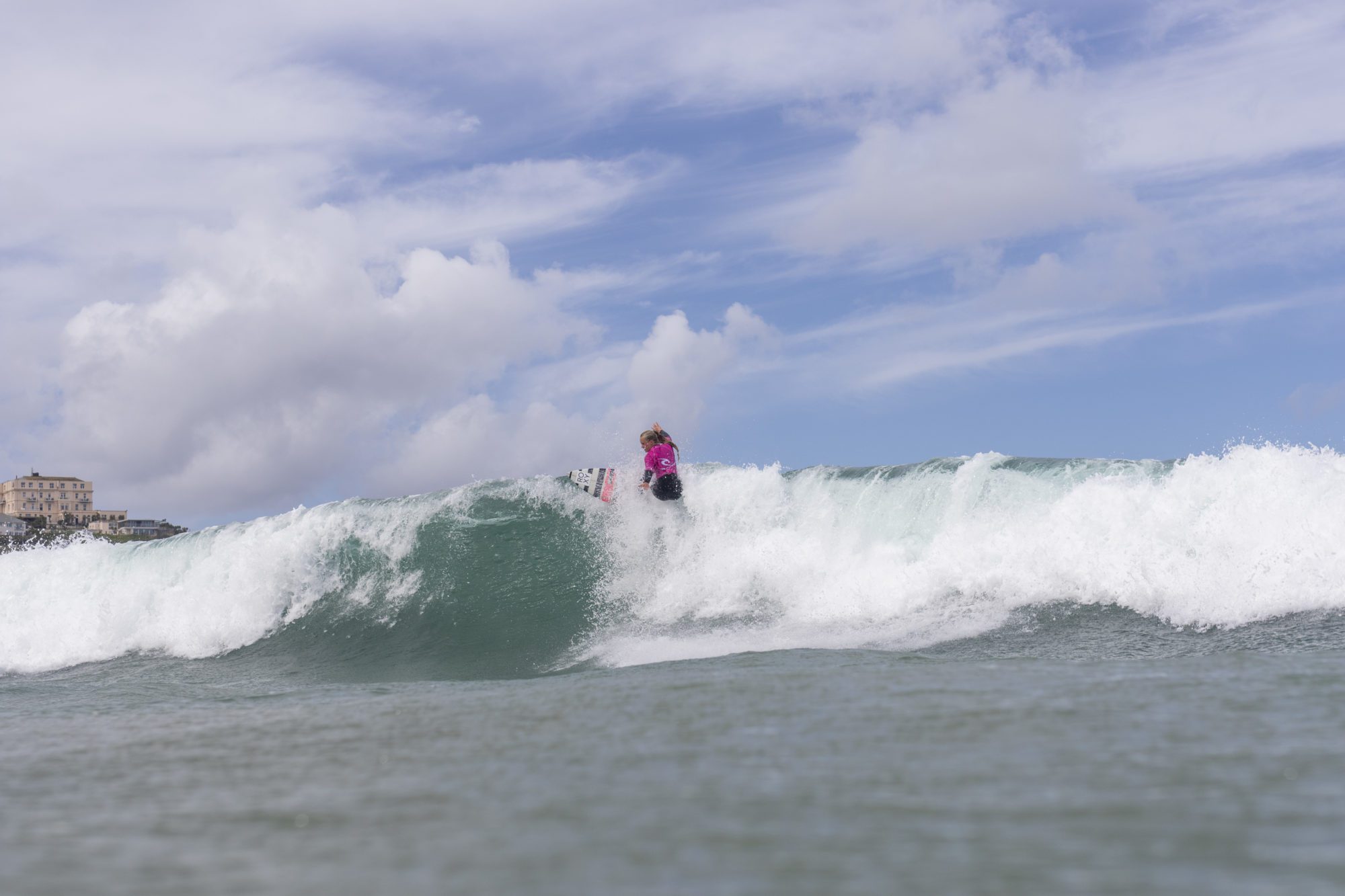 The boys U14’s was a particularly strong field and in the final it was Max Miller-Cooley who selected the best waves and executed them well for a solid win over Guernsey’s Tom Hook, a resurgent Gabe Llewellyn and a ripping Jed Wood.

Stanley Norman came into the event as top ranked U16 and his intentions were clear with the win firmly in his sights from heat 1. With a big air reverse in the final he sealed the deal over an impressive Sam Hearn, Kieron Smith and Alex Townsend. His move also delivered him the Smith Optics Move of the Event award. Stan now sits in prime position for the golden ticket for the World Final Qualification.

All attention is now towards the final deciding event in Jersey scheduled for 7/8th September where the series champions will be crowned. The U16 Boys and Girls overall winner gets the golden ticket to the World Final. In addition the 2,3,4,5th placed U16’s Boys and Girls qualify for the European Final. 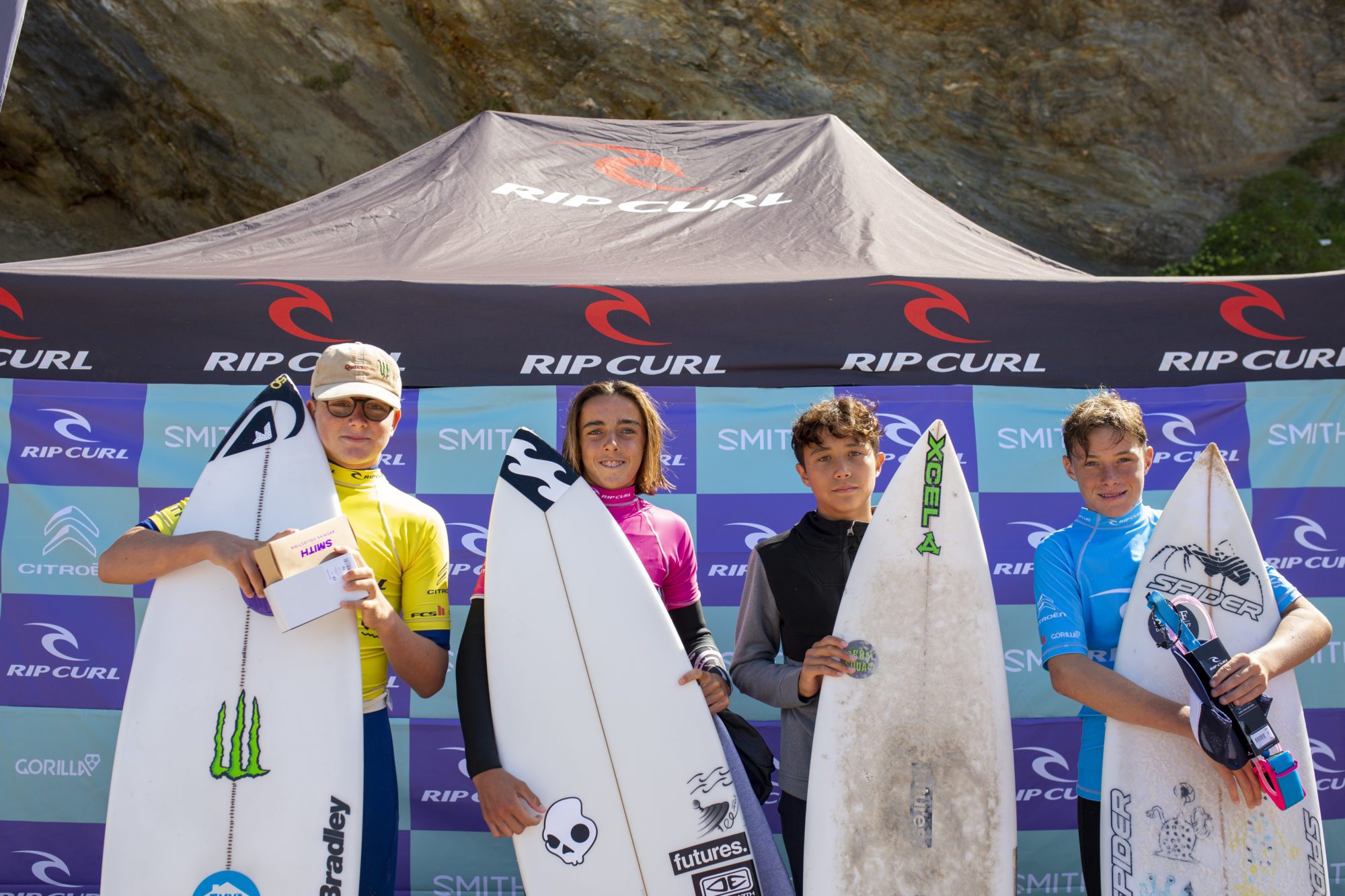 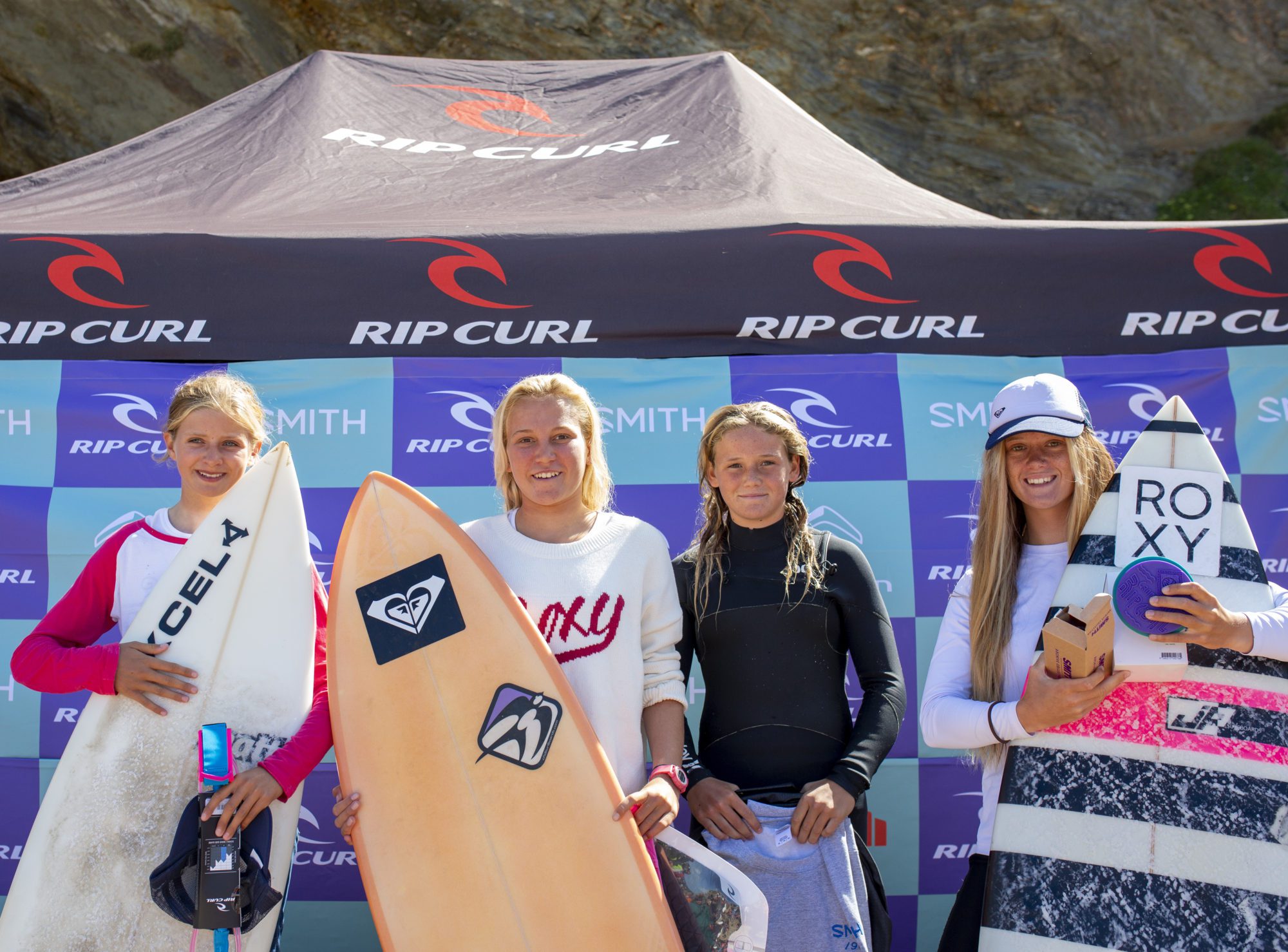 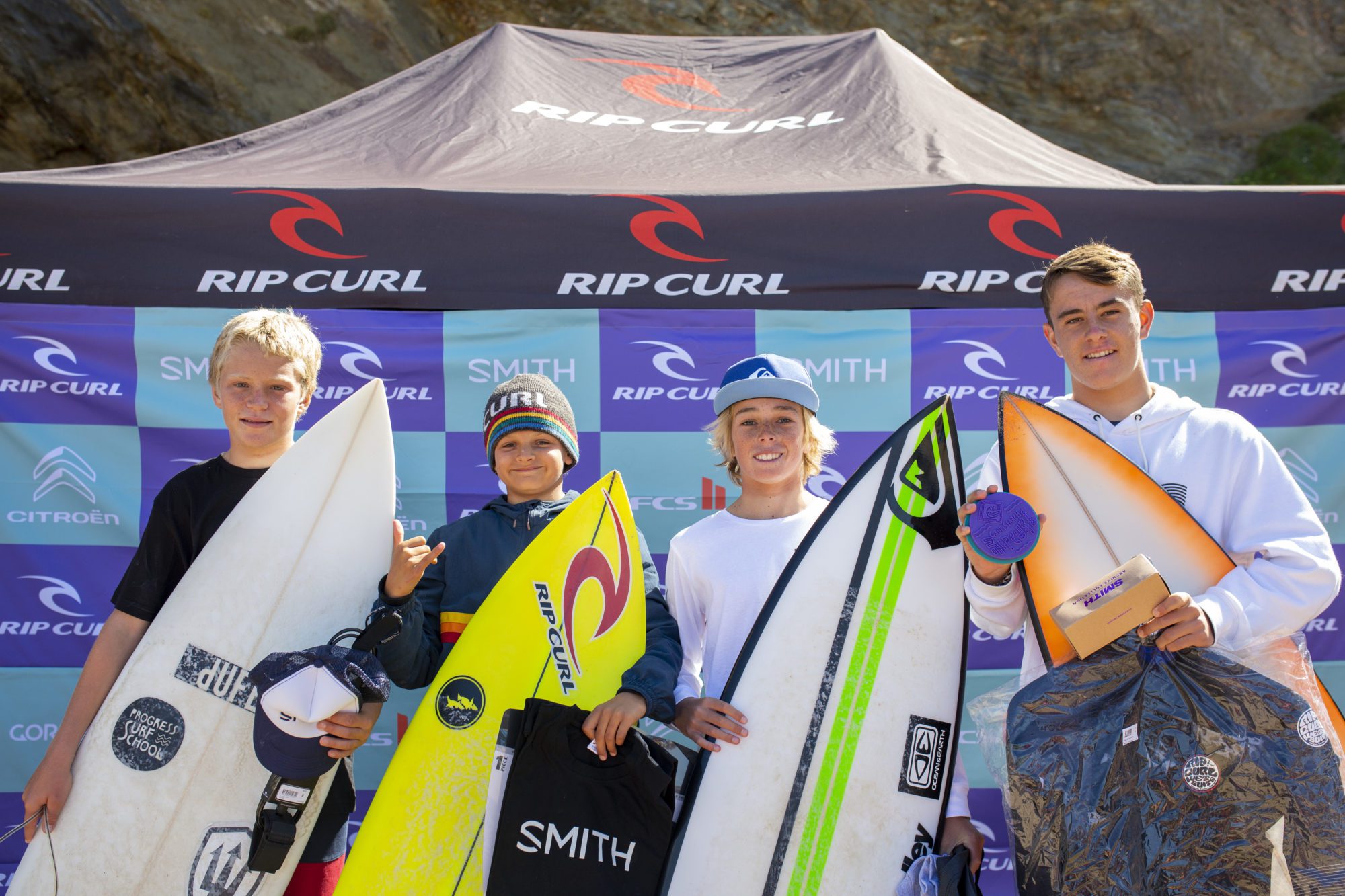 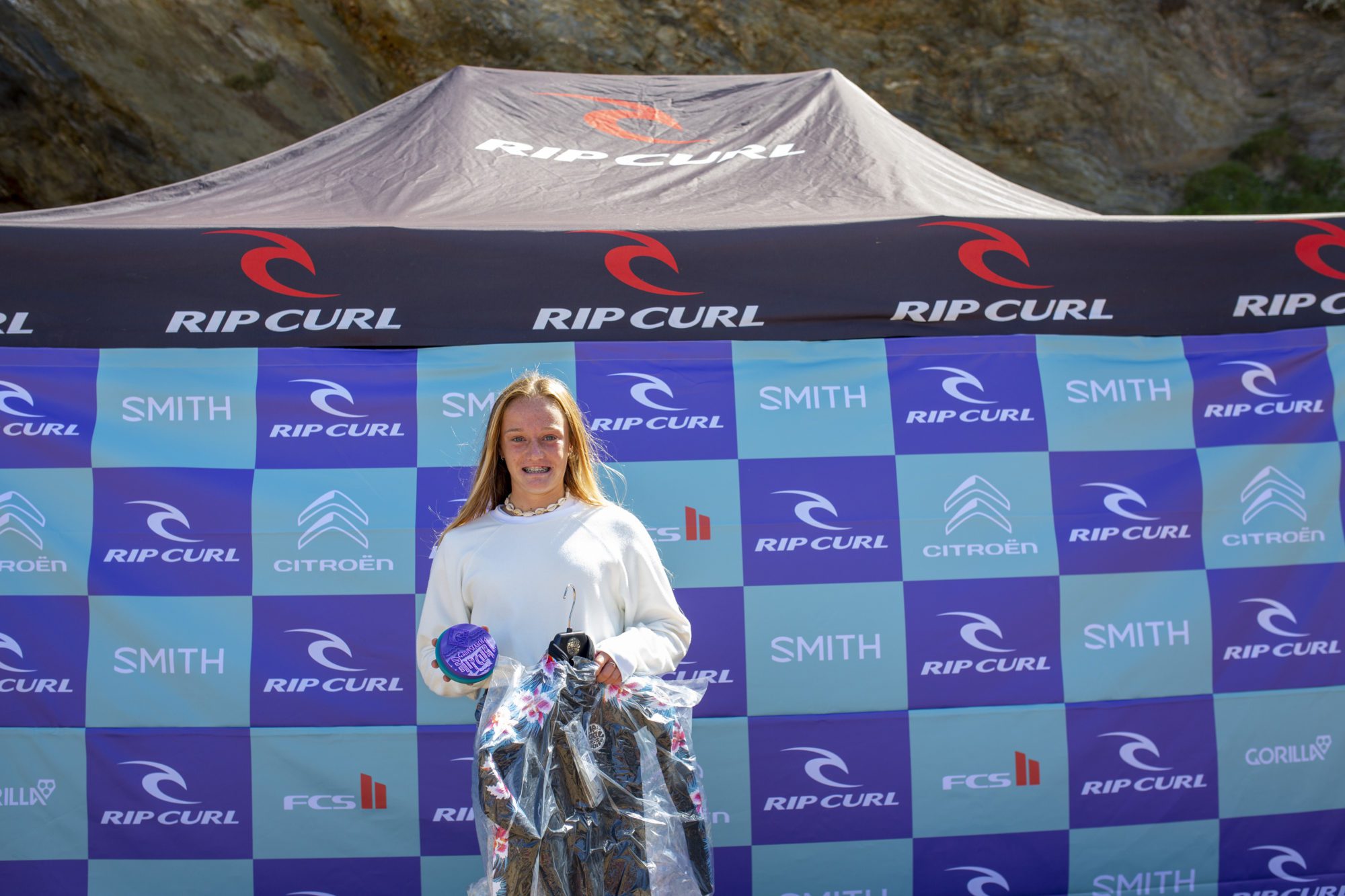 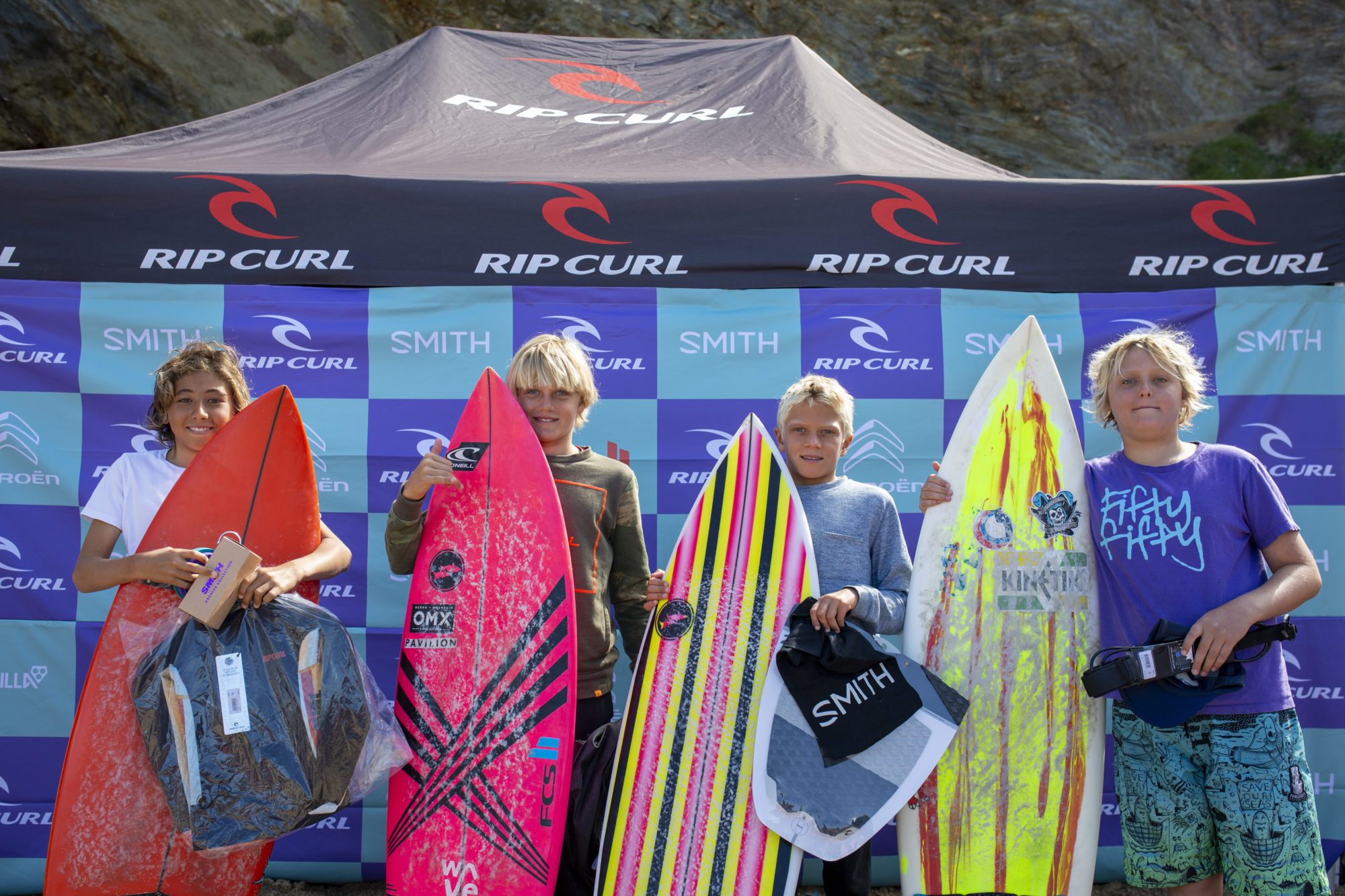 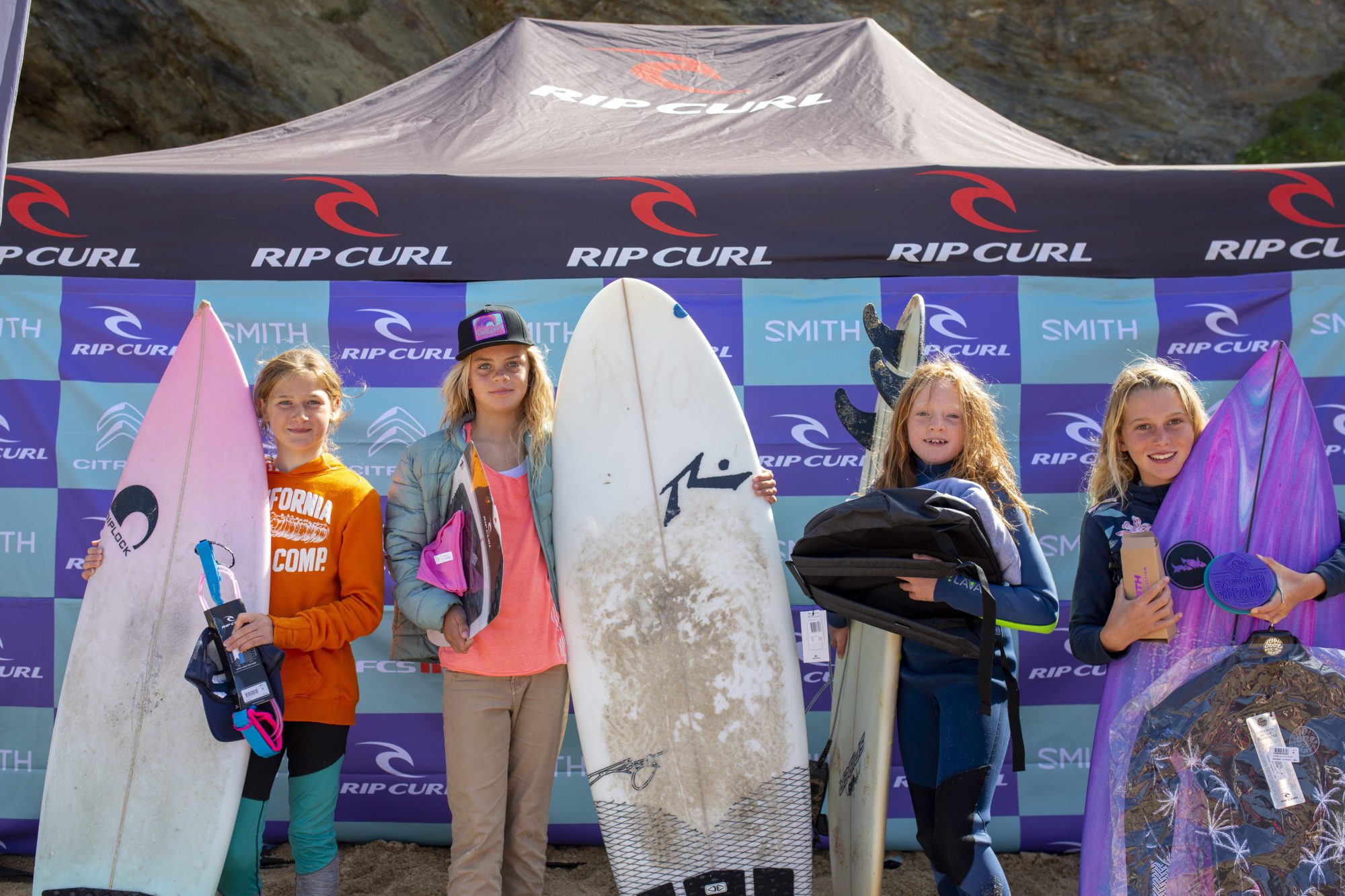