The UK’s best junior surfers descended on Fistral Beach in Newquay to battle it in the 2021 Rip Curl Grom Search, hosted by Surfing England.

Having been forced to postpone the event to the back-up weekend, competitors were greeted with beautiful sunshine and fun contestable surf throughout.

Saturday saw competition kick off under slightly grey skies and bumpy 3-4ft surf, but soon the sun burst through and the keen grommets put on a show in front of a packed beach.

With a dropping tide and the occasional bigger set, wave choice was key. With the highlight for many being the Under 12’s boys and girls fighting through the white water and the tricky conditions with a smile on their face.

Finals days saw cleaner and slightly smaller 2-3ft waves and the groms responded by raising performance levels through the roof.

The Under 12 girls saw Lila Skinner continue the family tradition of success by taking out the win in her very first contest and a closely fought Under 12 boys final saw Harvey Waters come out victorious.

Not to be outdone by his younger sister Lila, Lukas Skinner lived up to his tag of pre-event favourite and came out of the blocks firing to secure the Under 14’s boys title. A standout all weekend long, Lukas used his full repertoire of airs and turns to take the win.

For many the heat of the contest was the Under 16’s girls final and it was Belle Betteridge who took the victory courtesy of the event’s highest single wave score. A series of huge hacks was rewarded with a 7.5 and the first step on the podium.

The Under 16’s boys rounded off the event in hollow conditions on the low tide, with Tom Hook coming on strong in the back half of the heat to take the win.

“Surfing England did a great job of organising the event under difficult conditions and you could see how excited the parents and surfers were to be back competing again. We couldn’t have asked for more perfect waves and weather to showcase the talent of the UK’s best junior surfers and it’s safe to say the 2021 Rip Curl Grom Search will live long in the memory of those that were there!” Jay Vilarrubi-Smith, Rip Curl UK.

“What a truly incredible weekend for our first contest of the 2021 season, the Rip Curl Grom Search is always a pleasure and honour to run. The sunshine and endless waves on tap really did align to make a stellar event. The standard of surfing at this weekend’s Grom Search has been astounding – the grom’s put on a spectacle for the amphitheatre setting at Fistral Beach and we loved welcoming grom’s from all over UK, including the Channel Islands to compete. The atmosphere was electric all weekend and the froth level was high, friendships have been made, rivalries set, and new targets and goals for every Grom as they charge onward in their surfing journeys.” Hannah Brand, Operations Manager, Surfing England. 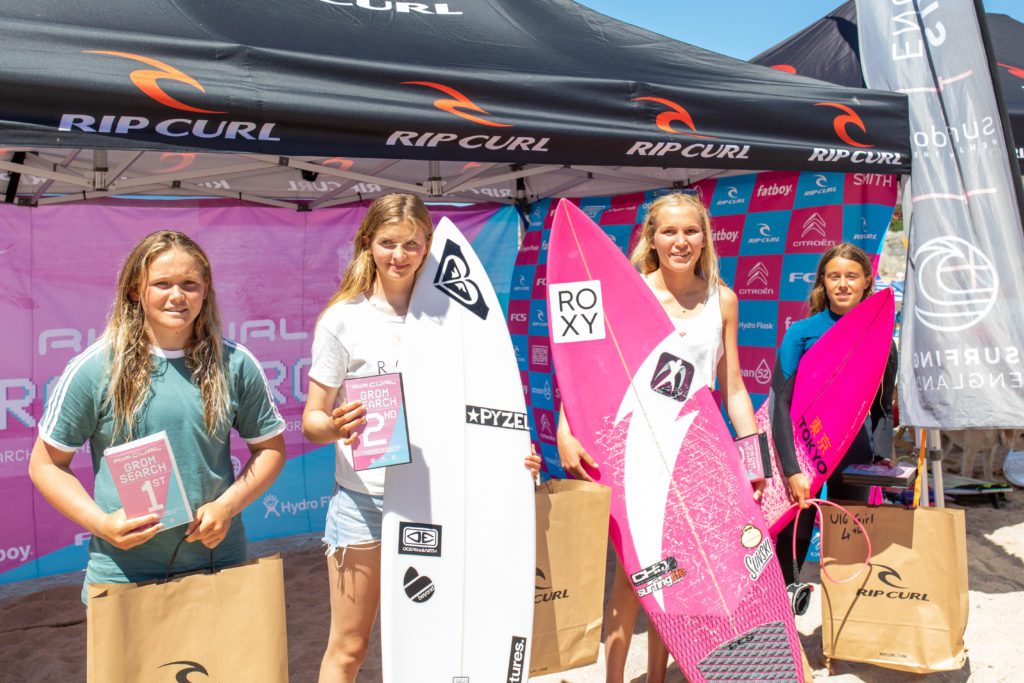 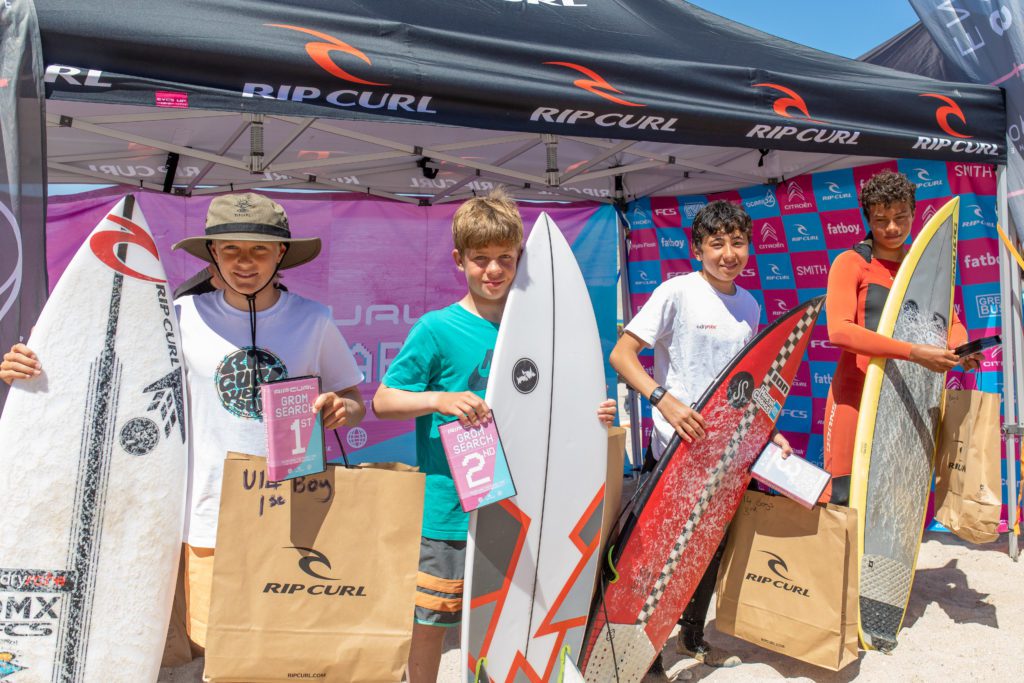 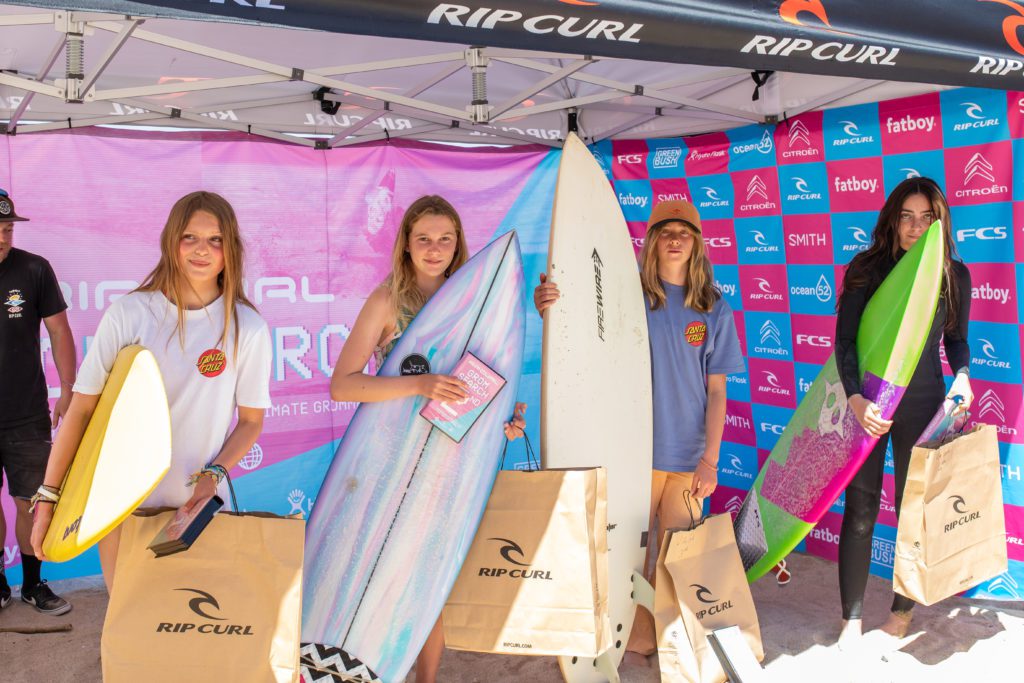 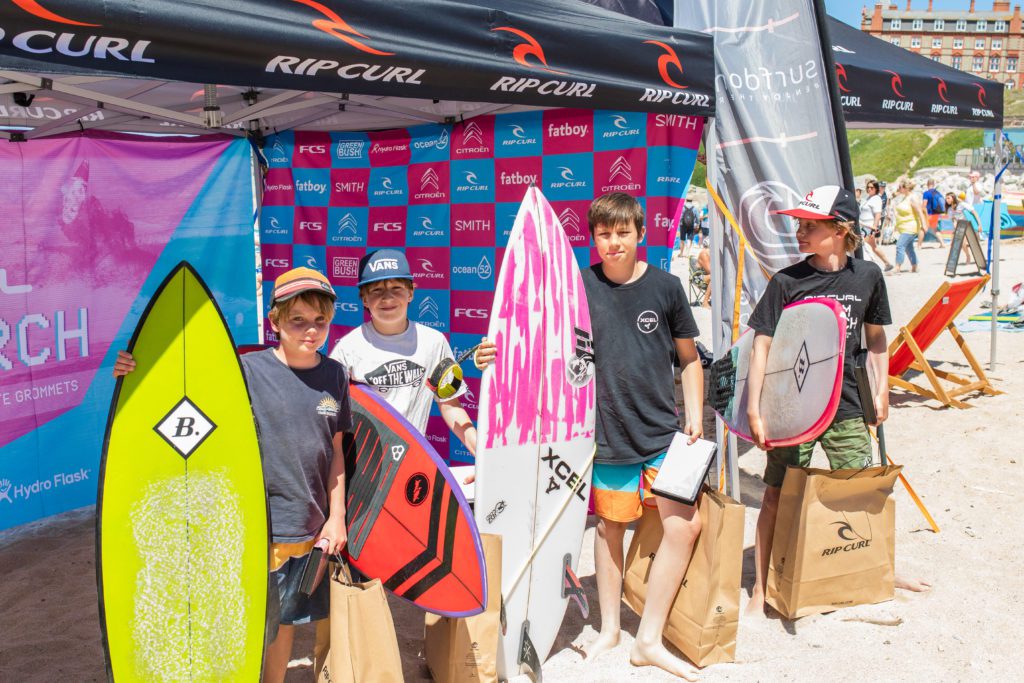 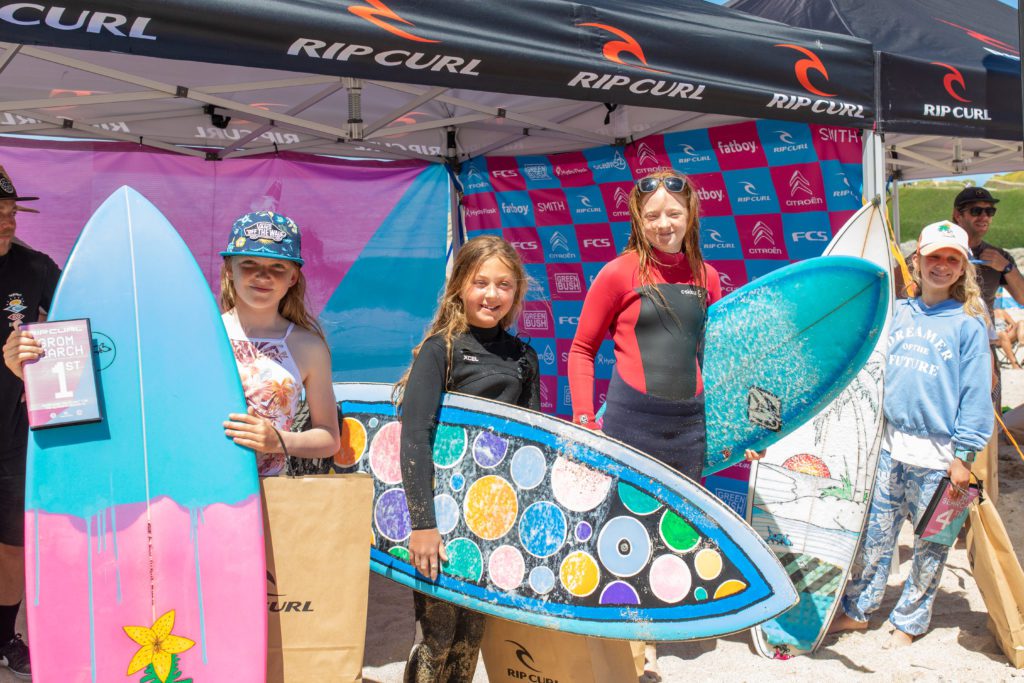