Surfing England have been delivering the UK GromSearch for several years; we are always stoked on this event & love the energy from the UK’s best grommets. Whilst we are gutted to not be on the beach this year we are super amped for the European Final at The Wave, Bristol, our favourite inland surfing destination. Read all about it & get those submissions in! Yeeeew! Refresh yourself on how epic last years event was at Great Western Beach – click here.

2020 RIP CURL EUROPEAN GROMSEARCH: THE BEST EUROPEAN GROMS WILL BATTLE IT OUT VIA VIDEO SUBMISSIONS TO WIN A SPOT FOR THE FINAL AT “THE WAVE” IN BRISTOL!

Attention all Euro Groms! In true 2020 fashion, this year’s qualifying series have gone digital, but with a real final in real waves at The Wave in Bristol, UK!

Rip Curl has decided to run the Rip Curl GromSearch 2020 no matter what! This season, all the participants will enter by summiting the videos of their 2 best waves, starting august 21st and closing on September 15th via the link: https://www.clippero.com/ripcurl_europe

Rip Curl is partnering with the best European judges and they are already getting ready for your best moves and style. One boy and one girl under 16 years old from the following countries, UK, Portugal, France and Spain, and “Other Euro Countries” will win their ticket to the Euro Final at The Wave in Bristol (https://www.thewave.com/). This will be the first European Grom event in a wave pool ever – an historic final, which you have a chance to be a part of!

Rip Curl will also award 4 wildcards for 2 boys and 2 girls in the categories “Deepest Barrel” presented by SMITH and “Biggest Air” presented by FCS! On top of that, the wildcard winners will have the opportunity to receive a one-year sponsorship with Smith and FCS!

The European Final at The Wave will take place on October 2nd, 2020* where the 14 qualified Groms will battle to earn 2 tickets to the International final at Bells Beach in April 2021*. 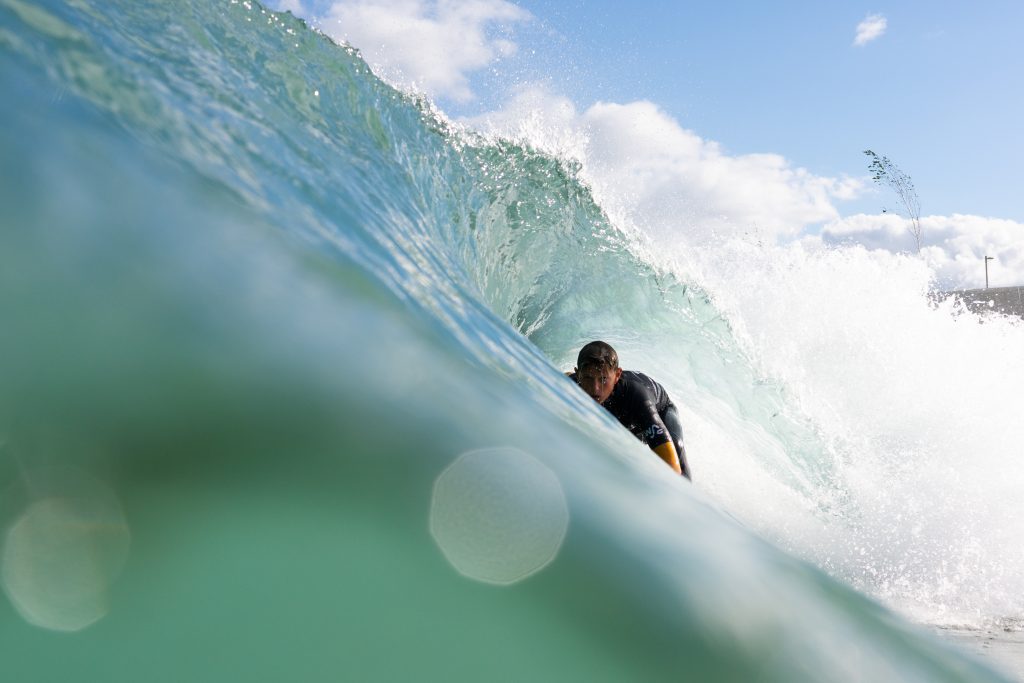 The Wave is an inland surf destination powered by Wavegarden Cove technology, which can roll a fantastic variety of waves. It is an amazing opportunity to show your best tricks and win the 2020 Euro Rip Curl GromSearch! 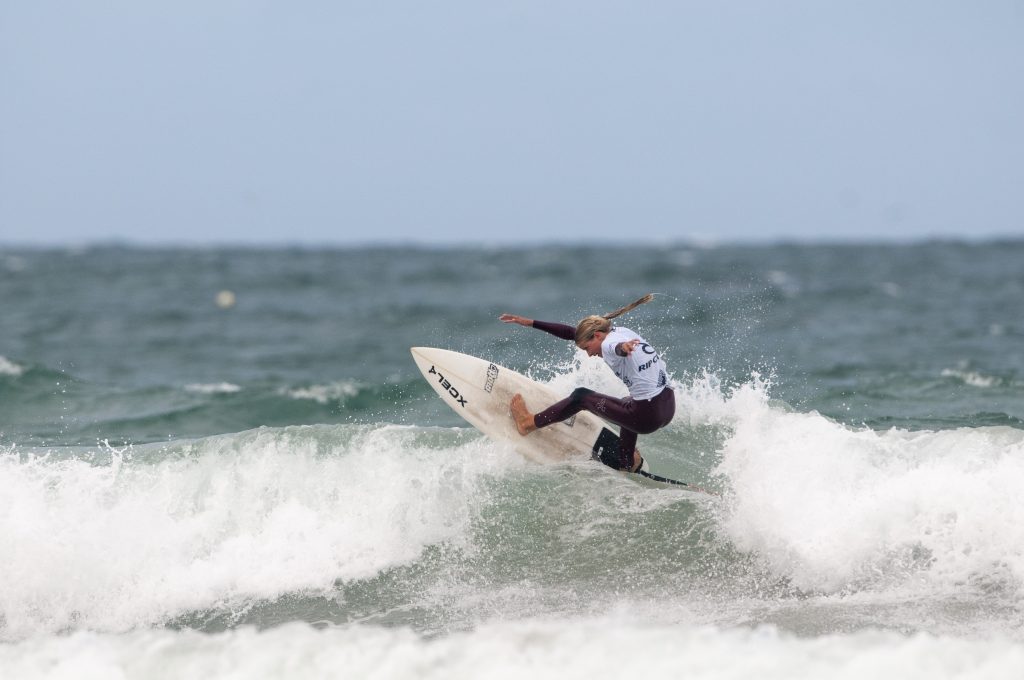 Lauren Sandland at the 2019 GromSearch; event delivered by Surfing England

Surfing England are the National Governing Body for surfing in England and look after Team England Junior Squad, supported by dryrobe. The squad have recently been having heaps of fun training at The Wave, Bristol. Surfing England Membership (available to UK residents) includes insurance for surfing anywhere in the World, including The Wave, Bristol. Click here to join our community today.

Created in Torquay, Australia, in 1999, the Rip Curl GromSearch is a competition exclusively for young surfers under the age of 16 with its own unique character. It is held in various regions of the world at the same time: Brazil, Australia, Indonesia, South Africa, New Zealand, USA and Europe, leading to an international final which traditionally takes place “Somewhere” in spring. The Rip Curl GromSearch is a real hotbed of young talent, having uncovered future World Champions  such as Stéphanie Gilmore, the Brazilian prodigy and WSL World Champion Gabriel Medina, and many others.

The Wave is creating inland surfing destinations that will bring the joy of surfing to people of all ages, backgrounds and abilities. Its first site is in Bristol, UK.
For more information visit www.thewave.com.

*Rip Curl reserves the right to cancel the Rip Curl GromSearch European Final and International Final if deemed unsafe for its competitors. If for safety reasons du to covid-19 Rip Curl cannot run the European Final, the winner will be chosen according to its best recording waves.

Groms stoked on the beach at 2019 GromSearch, delivered by Surfing England