With the largest entry in recent years the second stop of the Rip Curl GromSearch UK series went down in solid waves at Croyde Bay in North Devon on the weekend of 16 and 17th June. The thumping onshore sections provided an altogether different challenge than the clean small waves on offer at the previous event in Jersey. With each surfers’ best 2 out of 3 results counting competition was intense and there was a huge entry across all divisions. Surfing England ran the event and managed a full day of double peak competition on Saturday setting up an intensive finals day push for titles. With the Goldcoast Oceanfest festival going on up the hill the beach was busy and music wafted over the dunes providing a perfect backdrop for the action in the water.

The biggest story on finals day was Alys Barton from Wales who again took out the Under 14 and Under 16s girls division. With that she was not only crowned the GromSearch champion in Croyde but also gets the invite to compete against the worlds best at the GromSearch International final to be held ‘somewhere’ next year.

“I feel absolutely amazing right now. I am so so happy. I want to give a big thanks to everyone involved in running these 2 events so far as they’ve been amazing and to my parents for driving me everywhere. Going to the world finals – Wow! If I had the choice I think I would choose California but wherever it is it’s going to be  an amazing experience. The level will be really high and I’ll definitely give it my best shot.” Alys Barton 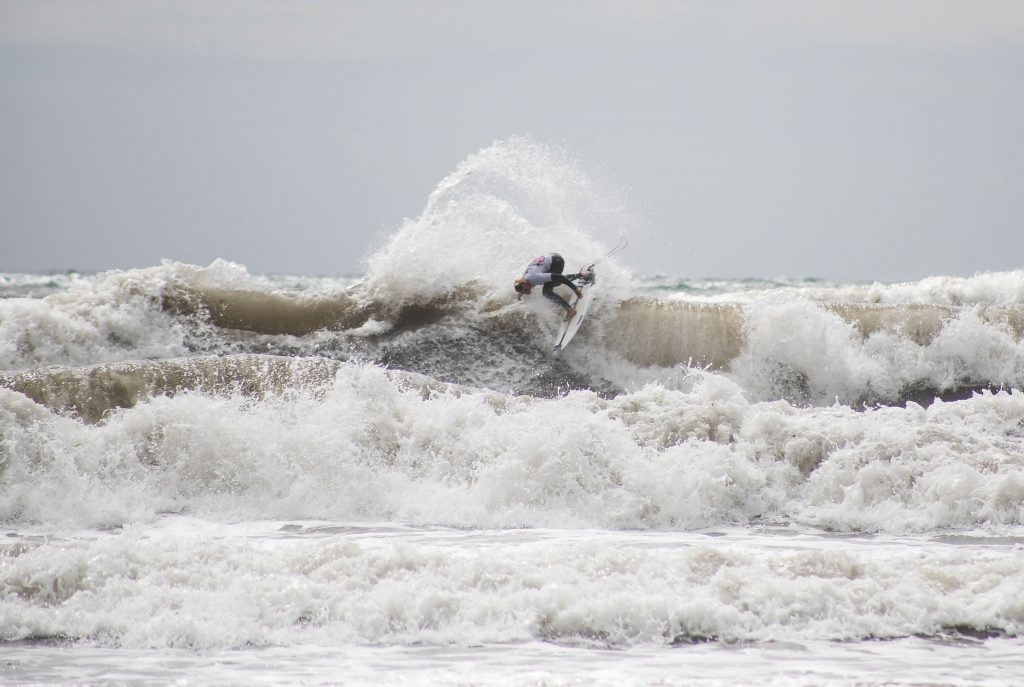 In the Boys Under 16’s the level was extremely high. In the semi-finals Stanley Norman put on what looked like and unbeatable display. But it was previous event winner Max Hudson who had the target on his back. If he won here then he would be crowned overall champion – the pressure was on. In a franticly paced final it was Will Masterman who deservedly took the title and keep the title race alive going into St Ives.

“All that was in my mind going into the final was making sure that the top seed Max Hudson was in my pocket so that I’d have a shot at the title at the final event in St ives. The whole reason Im doing these comps is because it’s such a special thing to be part of with the opportunity of a ticket to compete against the worlds best and compare myself against them.” Will Masterman 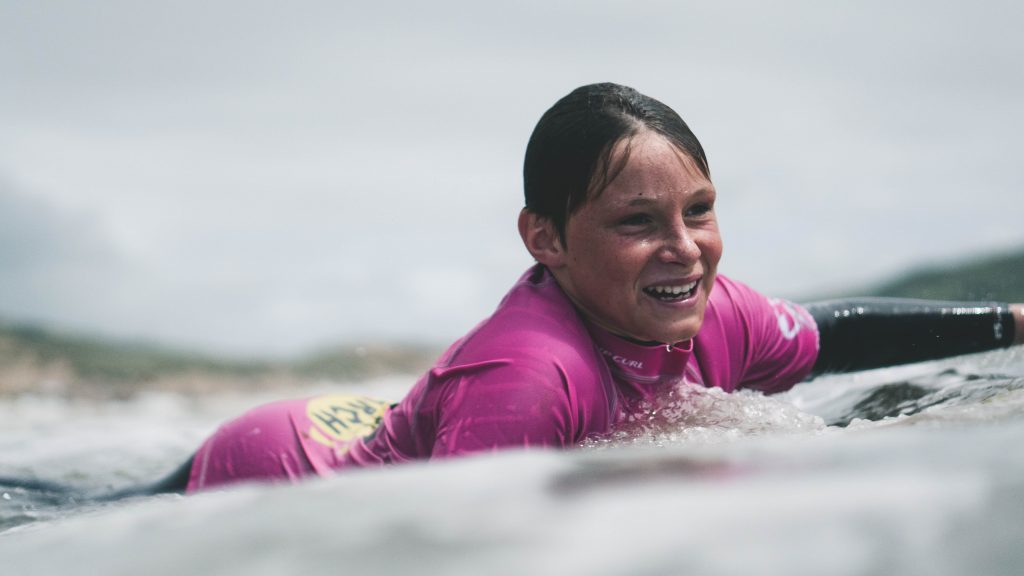 The Under 14’s and Under 12’s boys division was won by Lukas Skinner who looked tack sharp all event, showcasing his wide skill set across the powerful Croyde walls. In backing up his win from Jersey he also takes the overall U12 GromSeach boys title.

“It was my aim last year to win the U12s division and I didn’t quiet do it so this year Ive been trying to work harder as I really want those titles. The surf was really good and Im stoked to have won.” Lukas Skinner

U12s Girls winner Lauren Sandland also shone through as a potential star of the future with a close 2nd place in the U16s too. “There were some bigger waves here in Croyde. I was trying to make sure I got plenty of waves, stayed in a good mood in my head and went big. It was my aim to win the GromSearch and it feels really good right now. My aim for St Ives is to win the U12 and also the U16s.” 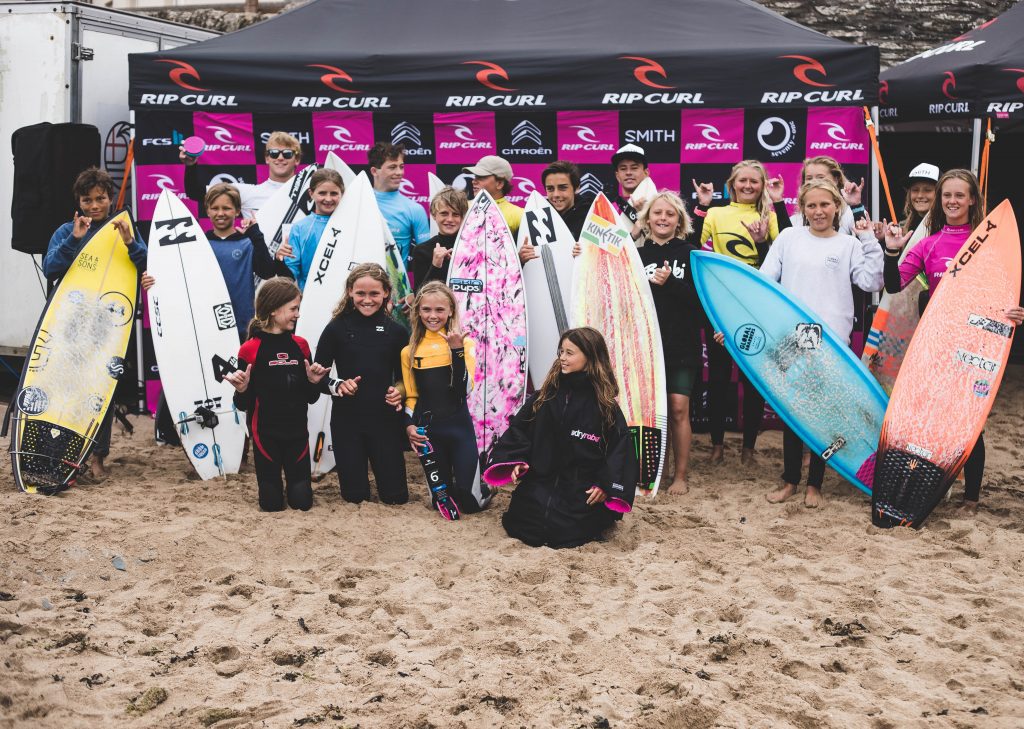 “We had a huge entry and there is no doubt that the standard has really jumped up. Surfing England put on a really strong event and big credit must go to them in helping provide this great platform for progression. The finals day action was top level and a special mention must go to Alys Barton for her dominant display to take the girls division invite for the World Finals. It is going to be very interesting to see who takes out the boys 16’s overall title at the next event in St Ives. I can’t wait.”

“Events like this are an opportunity to bring our community together, with families enjoying the event and young friendships igniting on the beach. We love to see the stoke, perfectly exemplified by 8 year old Brody Sanderson who excitedly took to his first competition ever and was “was really excited!!!”” said Nick Rees of Surfing England.

The 3rd and final event of the Rip Curl GromSearch series will take place at Porthmeor in St Ives on the 1st and 2nd of September. For further information and check out www.surfingengland.org