The medals have been awarded and a select group of junior surfers from the UK have just secured their tickets to Hossegor, as the UK leg of the world wide Rip Curl Grom Search came to an end in Cornwall over the weekend.

With a varying wave, weather and wind forecast to contend with, otherwise known as British summertime, the final of the UK Rip Curl Grom Search series ran over two separate locations, with day one held at Tolcarne Beach and day two at Watergate Bay. Both excellent venues in their own right and both providing the surfers with consistent 2-3ft fun waves to prove themselves worthy contenders in the race to Grom Search glory. 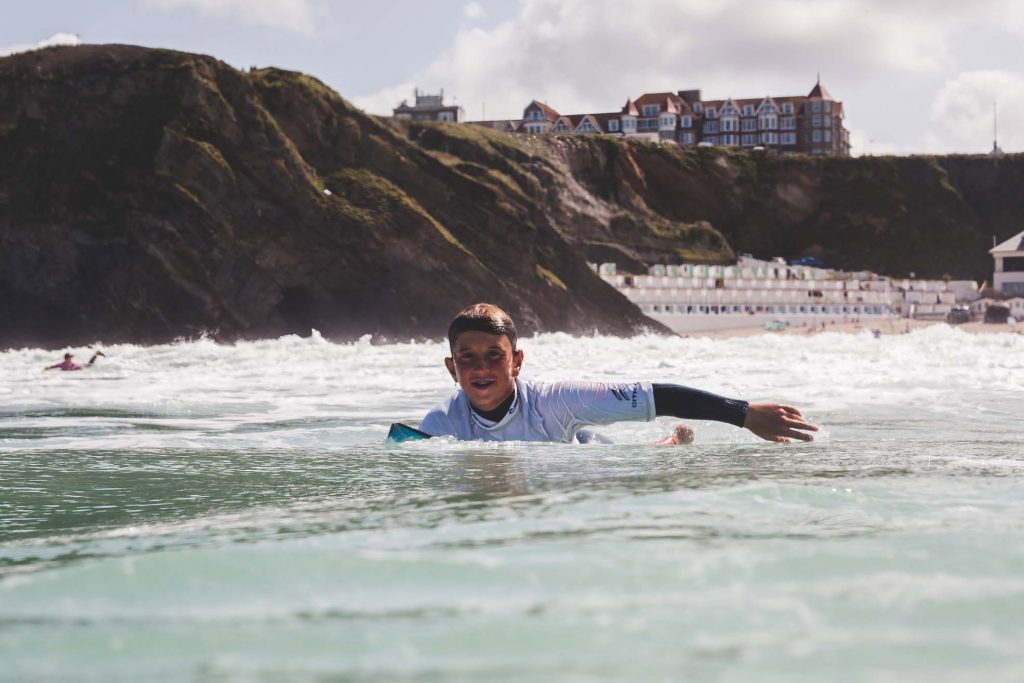 With some surfers looking to add ranking points their Croyde Grom Search placing, others were surfing in their first surf event, a mixture of nerves and stoke could be seen throughout the levels of competitors, but smiles were seen on all. The event also giving the supporting families a chance to relax on the Cornish beaches and enjoy the spectacle. 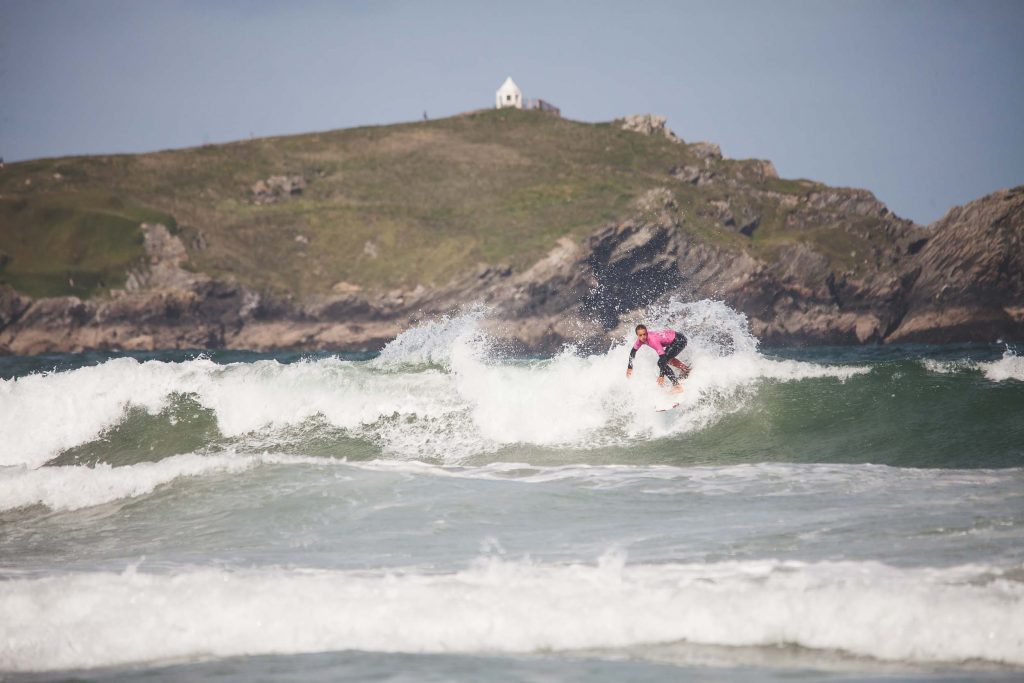 Following many close heats the business end of the event threw up opportunity for the surfers just wanting to do their best at the event, whilst others and the mathematics’ in the crowd worked out who and what was possible for the remaining competitors wishing to earn their spot in the European finals. In the end nothing but success would be enough for some, others relied on fellow surfer placings to determine their fate and a surf off was required to split the remaining. 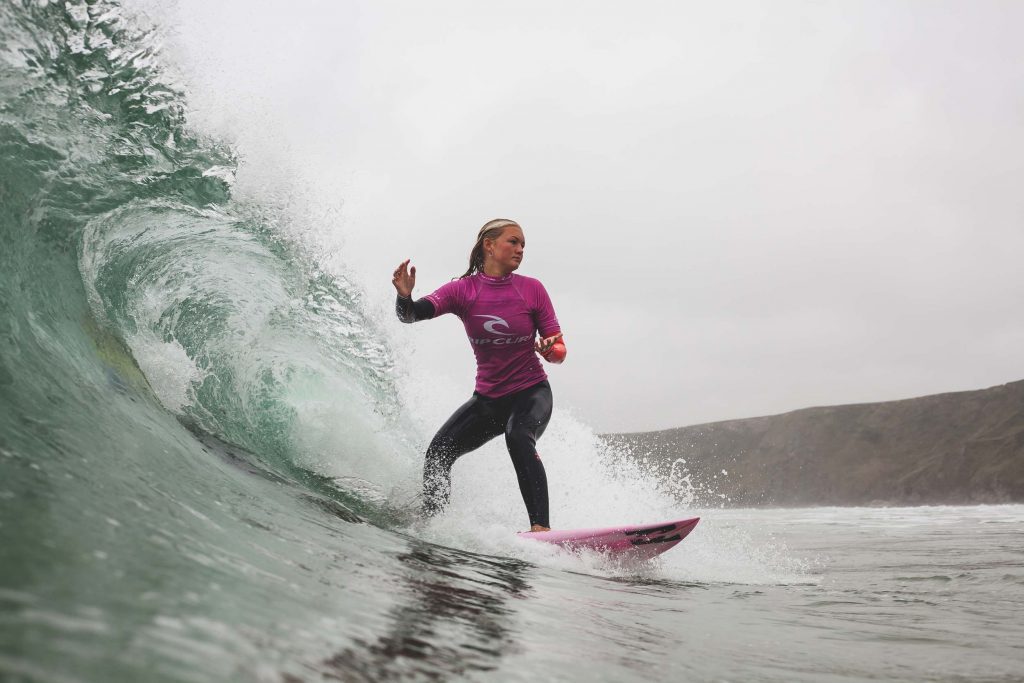 A tense and passionate presentation took place and the event champions were crowned, swiftly followed by the announcements on who had earned those much sought after UK Grom Search champion titles and qualification to the European Finals being held in Hossegor in the coming weeks. The results are below, and Surfing England would like to thank the surfers, supporters, staff, locations and all who contributed to a wonderful Grom Search series. 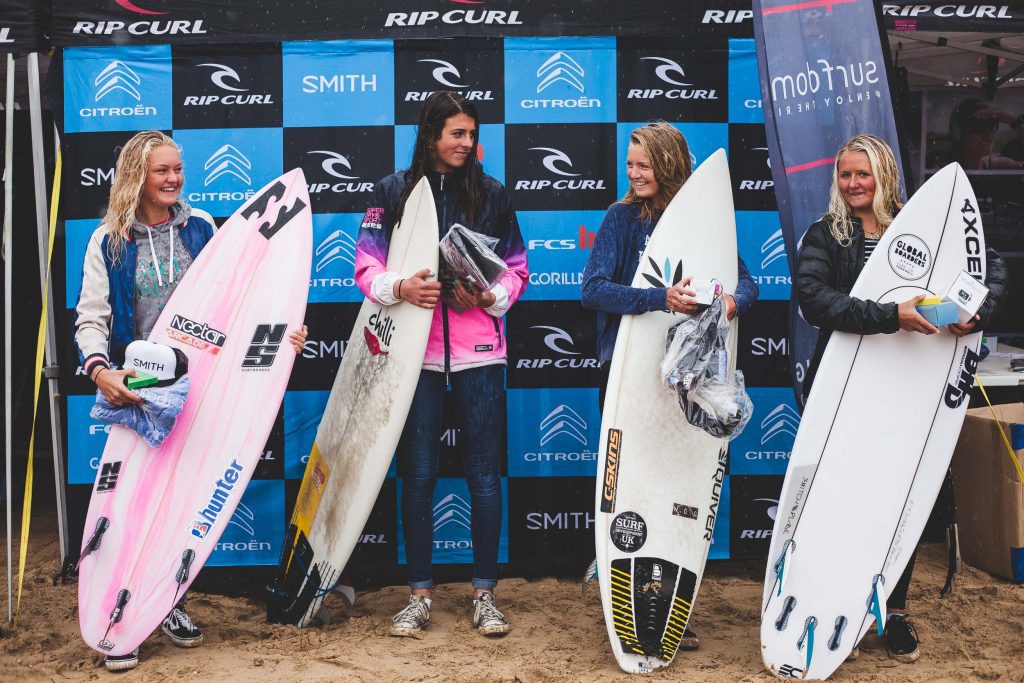