The Rip Curl GromSearch series has a fresh new look for 2018 with the addition of Jersey in the Channel Islands and Porthmeor in Cornwall. These events as well as the established event in Croyde Bay, Devon will determine this years’ champions. As is standard for all Rip Curl GromSearch events they will include boys’ and girls’ divisions in 16-and-under, 14-and-under, and 12-and-under age groups. Surfers receive points for their results in each event, which then count towards a National GromSearch ratings system. Each surfers top 2 results from this 3 event series are counted and the champions crowned. And this year there’s an extra top prize in that rather than having a European final the best under 16 boys and girls from each country will go straight to the International Finals to be held ‘somewhere’ epic – to be announced at the last minute. 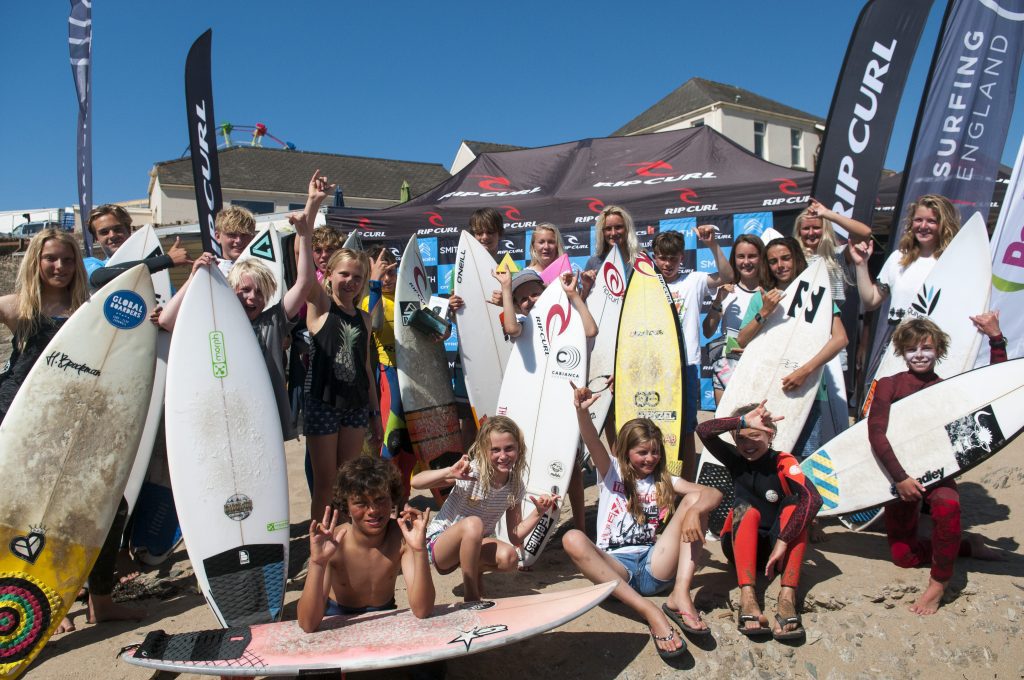 “Everyone at Rip Curl is stoked to be able to add in the thriving surf community of the Channel Islands into this series. Last years’ event in Croyde was a real highlight of the whole European series and we’ll be crossing fingers hoping for more epic conditions there. The final deciding event will be at a new location in St Ives at Porthmeor beach which is f course a great venue and with the advantage of a September swell window it should be epic.” Joel Gray. UK Marketing. 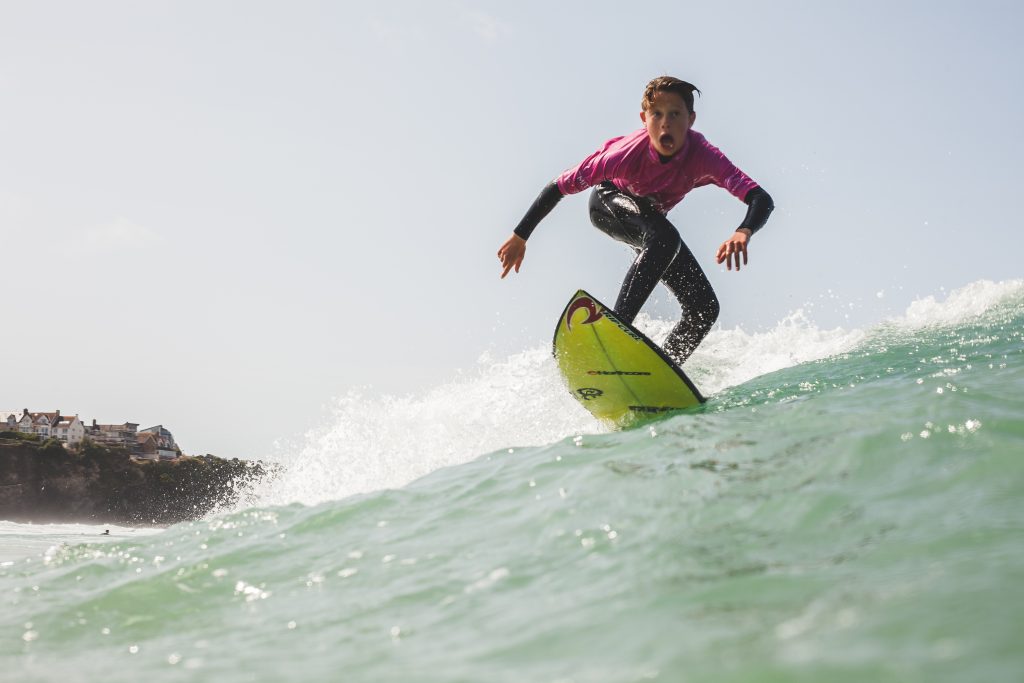 “The Grom Search series is wonderful – the friendly, welcoming and fun atmosphere of the event is a perfect place for the juniors. Whilst the opportunity for trajectory to the global stage is rare and a major moment for those surfers that earn it” Nick Rees. Surfing England.

Entry will open 6 weeks before the UK events via www.surfingengland.org and close on the Monday before hand at 5pm.

Information and entry links to the Jersey event can be found at www.cisurf.org

Thanks to Rip Curl’s partners, Citroën, Smith, FCS, SeventyOne Percent and Gorilla, the European GromSearch series will be back in 2018 looking for the best European surfers under 16.

Since its inception in Australia in 1999, the GromSearch series has continually unearthed the next generations of surfing stars and is now seen by most of the kids as one of the best and funnest event in the world.

Current WSL World Tour surfers (2017) who have competed in the Rip Curl GromSearch include, between others: 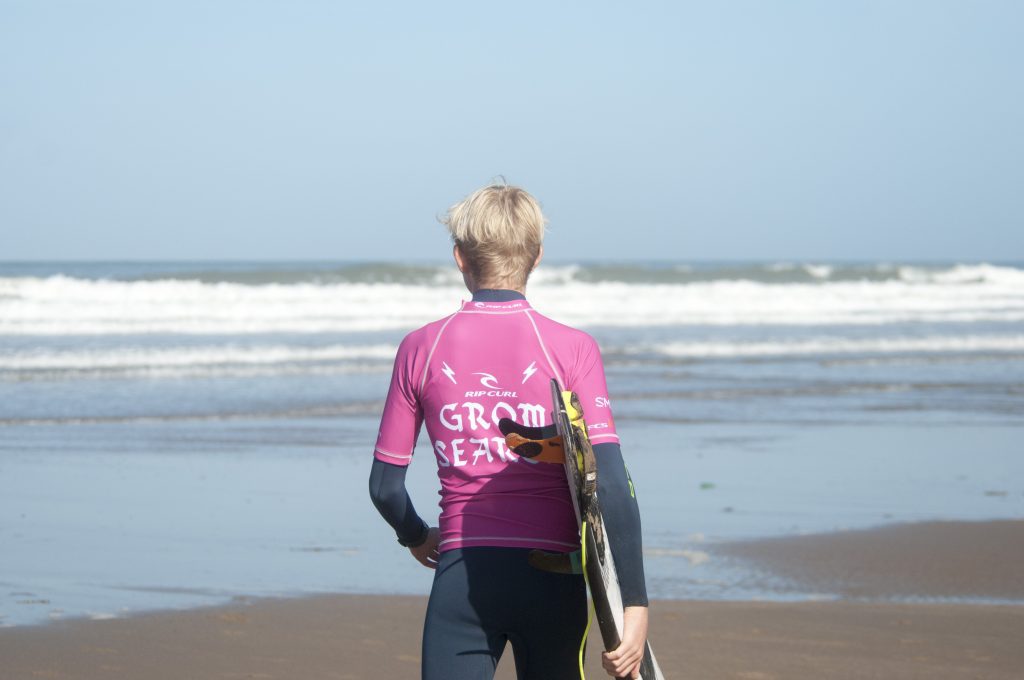 This year, Rip Curl will travel to 15 spots in 7 European countries (France, Spain, Portugal, United Kingdom, Jersey, Italy & Netherlands) searching for the best up and coming surfers. This year, 3 stops will be added to the schedule: Jersey, Portugal (Porto) and Spain (Salinas)

All Rip Curl GromSearch events include boys’ and girls’ divisions in 16-and-under, 14-and-under, and 12-and-under age groups. Surfers receive points for their results in each event, which then count towards a National GromSearch ratings system. The best under 16 boys and girls from each country will go straight to the World Finals.
The International GromSearch Finals will be held “Somewhere” in one of the best spot in the World in spring 2019 and Rip Curl will only reveal the location of the final a few week before the event to keep the excitement all the way to the end ! 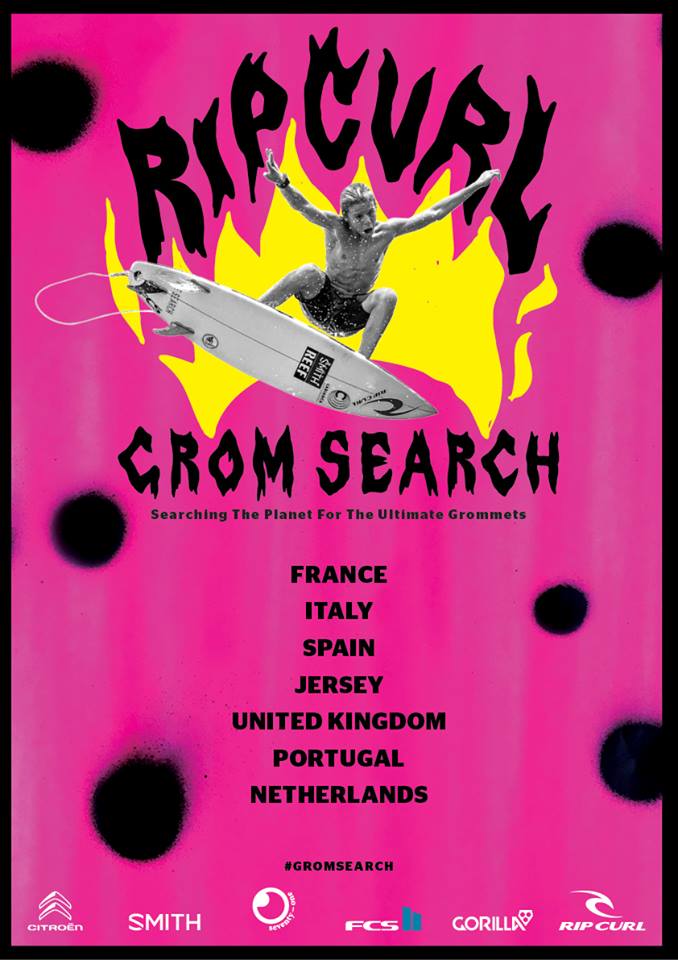