Last weekend saw the 4 nations of Channel Islands, England, Wales, and Scotland, descend on Llantwit Major, Wales, for a weekend of Britain’s best surfers competing for British titles. This was the 2022 Vissla/Sisstr British Surfing Championships and Cup. Team England came out overall champions for a consecutive year, and also scored some great individual titles. Here’s how it went down… 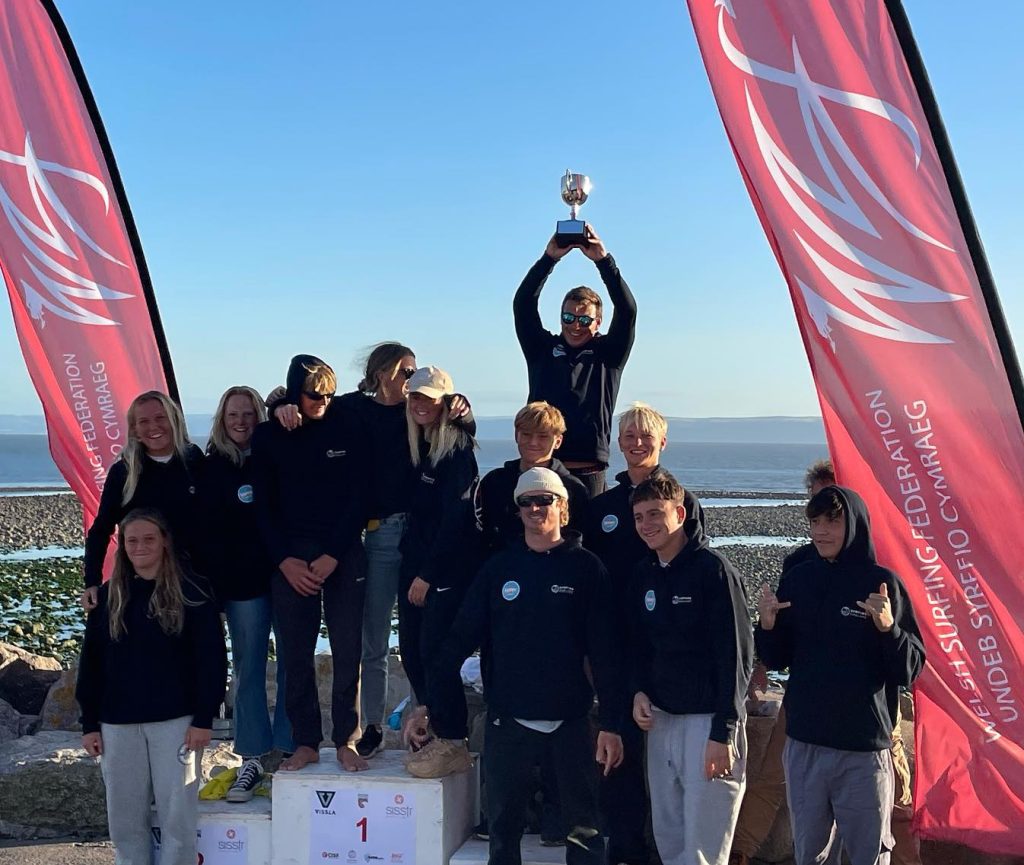 The set up at Llantwit Major is quite spectacular with multiple peaks that offer a variety of conditions throughout different stages of tide, which meant it was a true test for the athletes who had to be in the ball and adapt from one heat to the next.

The first day of competition saw strong winds and a messy line up on the main peak with the men kicking things off, then the women, then a double peak came into play with the U/18 boys on the ledge/ right hand point and the U/18 girls on the main peak.

England came out the gates firing with Lucy Campbell getting a 9.17 in her round 1 heat catching the wave of the morning and surfing it to very nearly to perfection!

To end the day the contest went back to single peak on the left-hand side (the right-hand point break) which saw a class display of surfing from all the men and women in what were some of the best waves of the weekend.

Sunday morning greeted everyone with a lot of rain but some beautiful clean conditions, the men and women divisions ran all the way through to the finals with England’s Luke Dillon and Stanley Norman making the men’s final and Lucy Campbell, Alys Barton, Charlotte Mulley and Vittoria Farmer making it an all-English women’s final.

Stanley Norman looked in an excellent form and rhythm and ready to defend his British title. As the heat drew closer to the end Luke Dillon finally picked off the wave he’d been waiting for and smashed it to pieces getting the second highest score of the event with a 9 point ride, Stanley Norman fought back with an epic display of backhand surfing extending his lead, Luke Dillon then backed up his 9 with a 5.67 with minutes left to take the win and crowned the new men’s open British Champion 2022.

The women’s final saw the waves begin to change as the tide filled in, but the women were still on fire, with some back and forth to start the heat Vittoria Farmer putting her style on display and opening things up with a 4.83, Charlotte Mulley then went to town with back-to-back waves taking the lead of the heat. Alys quickly responded with the highest score of the final attacking it to earn a 6.33 before eventually backing it up with another 6-point ride (6.17) and crowned the women’s open British champion 2022.

As the tide got to full high tide the conditions began to deteriorate but the juniors were not phased and made it look 100 times better than it was. Lukas Skinner earning an equal highest score of the event with a 9.17 and the highest heat total with 18 points.

After all surfing incredibly over the weekend the U/18 girls finally met to make it another all-English final. Alys Barton, Charlotte Mulley, Belle Betteridge, and Tegan Blackford hit the water to close off the weekend and compete for the British title. Alys Barton found the bombs of the heat and did not falter at all, managing to find critical sections and put on a very impressive display of small wave surfing, earning a 7.17 and a 7.27 to do the double and take the U/18 girl’s British title.

Thanks to the fantastic crew that supported Team England throughout the weekend, Jamie Wride, Jo Hillman, Dave Renaud, Beau Bromham, and representing England on the judging panel, the experienced Ester Spears.

A huge thank you to our Team England sponsors that enable us to subsidise costs for this event. We are lucky to have longstanding support from partners korev Lager, Caravan and Motorhome Club, and The Wave, and to Team England Junior sponsors, dryrobe.