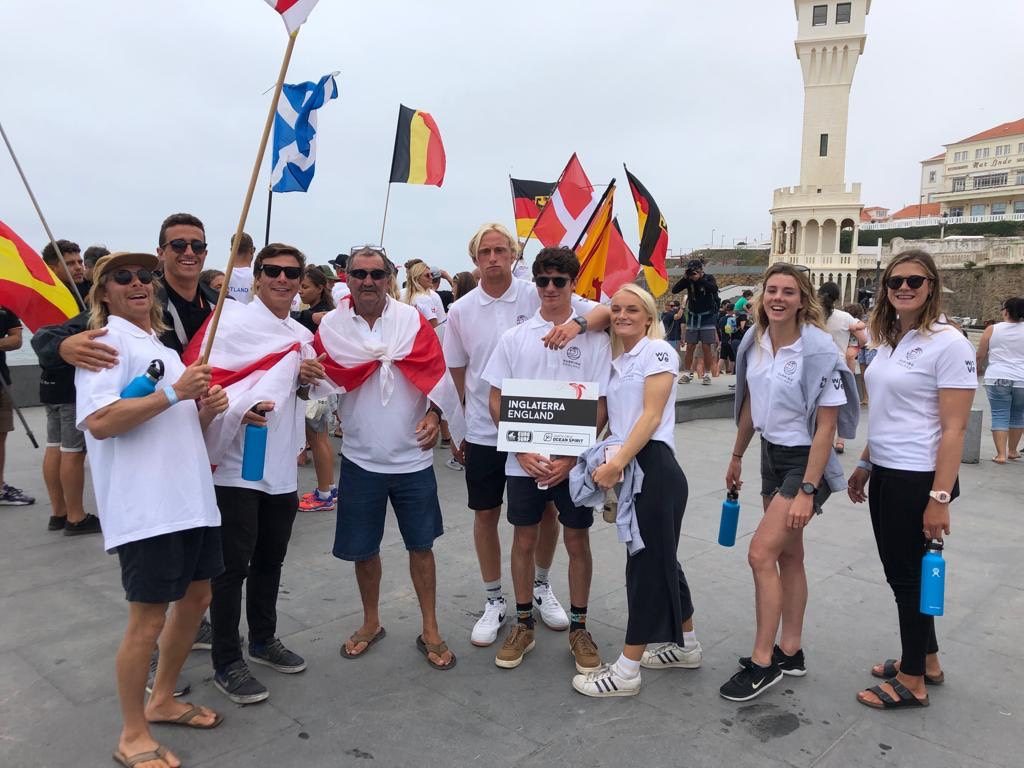 Team England at the Opening Ceremony

We knew when we announced the team they were a force, and they have been exceptional both in competition and as ambassadors for English surfing.

The standard of surfing across the divisions was incredibly high but Team England held their own with gutsy performances under real pressure.

In the men’s division youngest team member Seth Morris put in a showing including a super exciting Repechage Round 2 heat win. Jayce Robinson had one of the highest scoring waves in the men’s competition with an 8.75. Jayce and Luke Dillon locked in some of the highest heat scores with Jayce securing a 15.00 and Luke a 14.50. 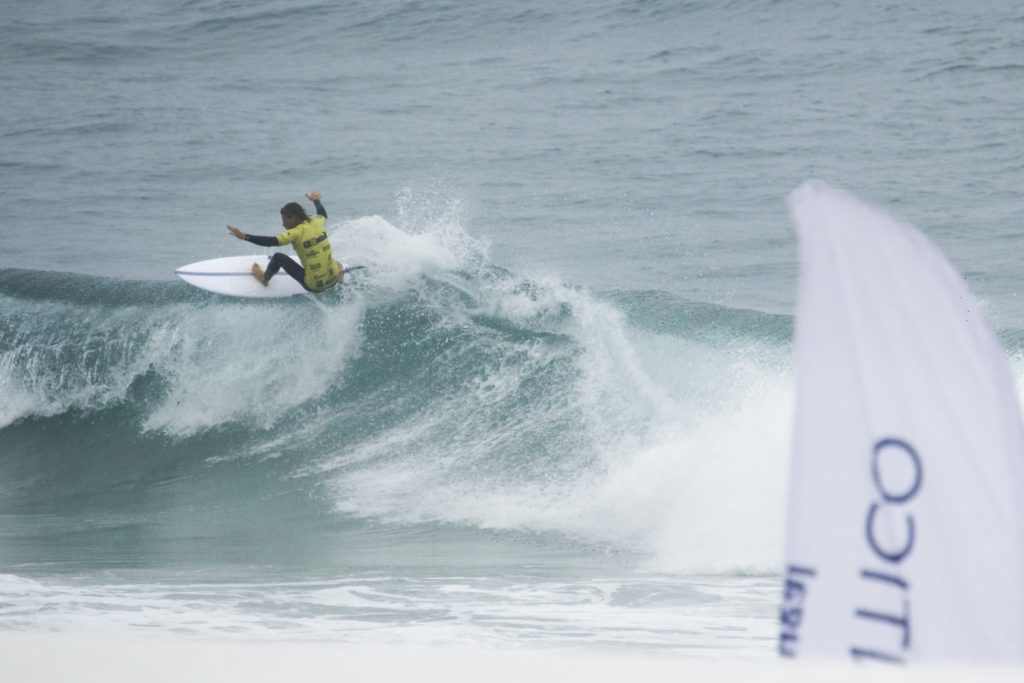 In the men’s longboard, Jordan Zervas gave his all, showing real promise up against the toughest of competition progressing to Round 2.

Luke Dillon told us “It was so great to link up with Team England for EuroSurf. The team was strong and we were all confident we could bring back a solid result. The talent [at EuroSurf] this year was the highest I’ve seen in Europe. It was a cracking week and coming back with a medal was the icing on the cake.” 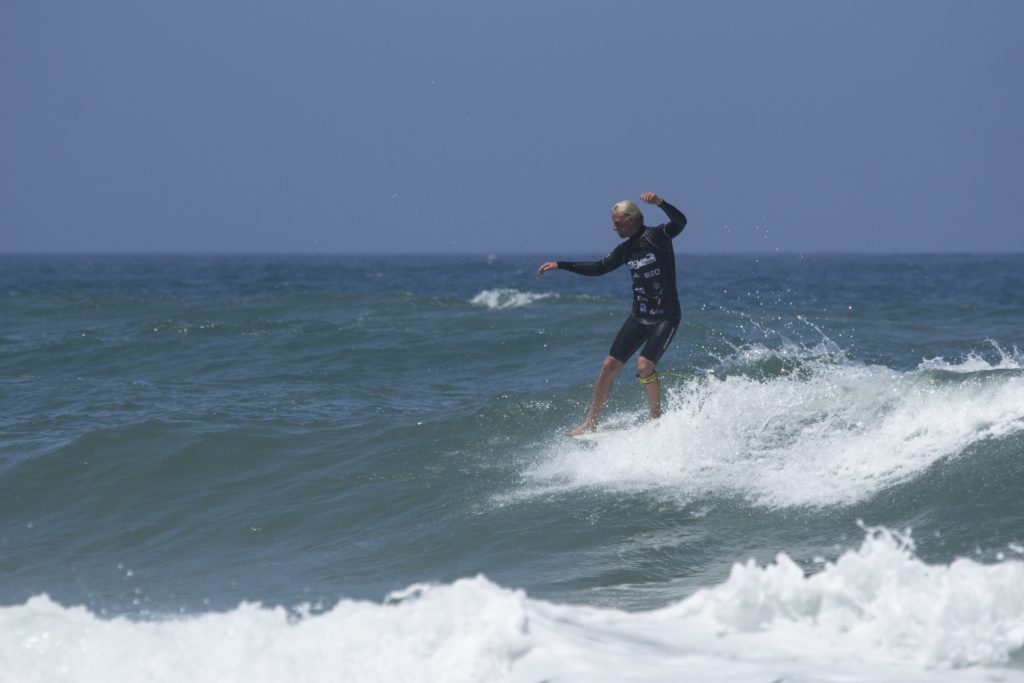 The women smashed it with Peony Knight and Emily Currie making the finals in short and longboard divisions respectively.

In the women’s open Lucy Campbell and Emily Currie piled on the points as they progressed against tough opposition bowing out in the later stages. Lucy made it through to Round 2 and Repechage 3, and Emily went out of Round 1 but fought back to Repechage 5. Peony charged all the way through the Main Round to the women’s final and had a tough battle and took 4th place on the podium.

Peony Knight gave us a little glimpse into what the atmosphere was like; “Everytime someone wins a heat or has a great wave, there’s an eruption of excitement from one of the teams. I can’t help but feel happy to see people cheering for someone and sharing so much joy and passion for surfing! I know that having the team on the beach cheering me on was what got me to the final! I can’t thank them all enough.” 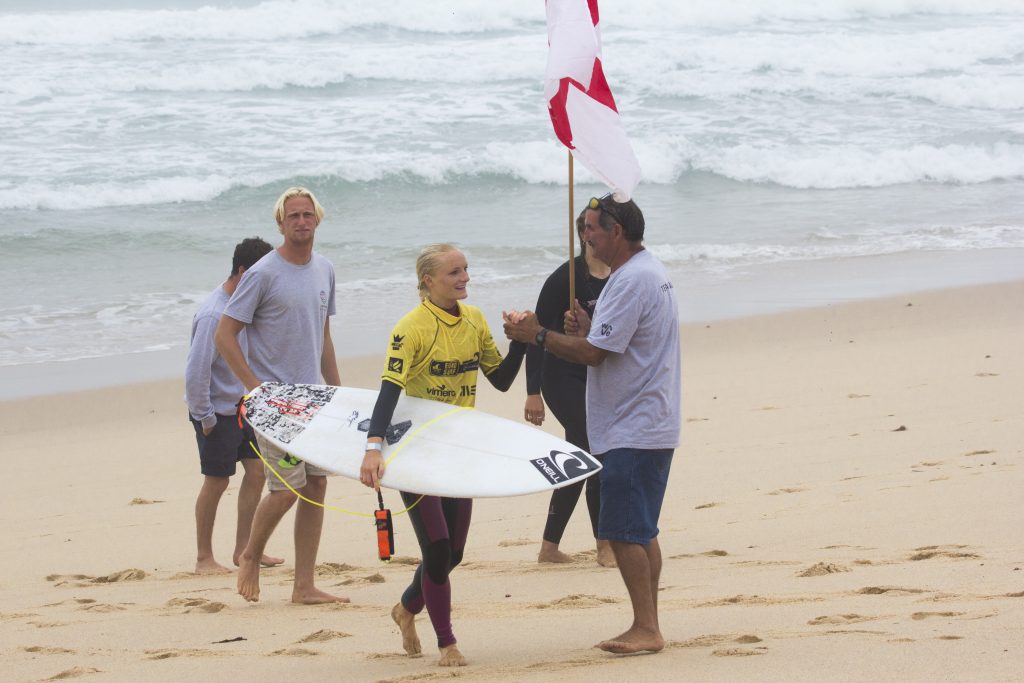 In the women’s longboard Emily Currie showed her multi-talented pedigree pushing hard to make the final. And what a final, going down to the wire and settled in the final seconds with Emily Currie just edged out of silver securing 3rd place on the podium for England.

“We are so delighted to have finished 4th as a team and had great individual results too. The atmosphere between teams on the beach has been amazing!” said Lucy Campbell. 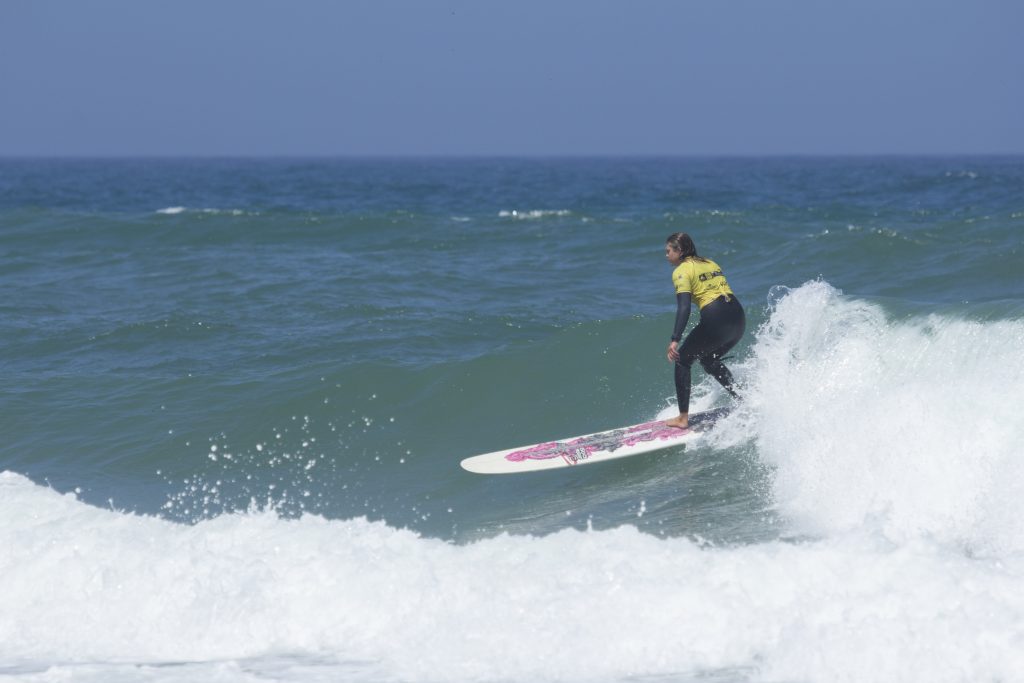 None of this would be possible without the fabulous time and energy put in from Team Manager, Minnow Green and Head Coach, Dave Renaud, who are super proud of the performance of the team.

Minnow states “Competition was hard from day 1 but some solid performances from all athletes saw us through to an amazing 4th place finish – I’m a very proud Manager.”

Head Coach Dave added “From a coaches’ point it’s always a challenge to get the team bonding and into a structured routine, but they took it on straight from the start. Everyone’s efforts as a team can be applauded.”

A further thank you to Kerry Powell who represented England on the judging panel.

Surfing remains an unfunded sport, and we wouldn’t be able to enter and support our athletes without the backing of Team England sponsors. Thank you The Wave, Caravan & Motorhome Club, Korev, Dryrobe, Pacsafe, Hydro Flask & Stance