Cruising down into Los Angeles, California the excitement was tangible. The sun was setting, the lights of LA were bright & we were amped for 2 weeks of sunshine & surf. Surfing England’s Junior Team were ready. It was time for the 2019 VISSLA ISA World Junior Surfing Championships.

In preparation for the World Championships, the team spent the days in the run up surfing the contest peaks at Huntington Beach, the surfers under the watchful eyes & guidance of Team Coaches Tassy Swallow & Miles Lee-Hargreeves. The Team were graced with consistent swell, making the most of the clean waves before the wind picked up in the afternoons.

In true Cali style the team spent their down time before the event zipping around on the ‘beach cruisers’ along the ocean promenades of Newport. It also wouldn’t have been a true trip to California without a road trip to Trestles where dozens of waves were scored on lowers. Team England at the Parade of Nations

When the event began, everything ramped up a gear. The Parade of Nations saw rivalries reignited & friendships renewed. A band of incredible drummers got everyone in the mood for a week of fierce competition celebrating the World’s top Junior surfing talent. In the opening ceremony, youngest grommet Lauren Sandland, just 13 took the honour of sand pouring whilst Barnaby Cox proudly waved the England flag. We were ready.

Day 1 of competition & daybreak saw the first cloud we’d seen since arriving in California – the wind was howling & for all we knew we could’ve been at a choppy day in England! The contest sight was a hive of activity, the hot-house environment cranking the pressure up. Heats began at 7.15am, the horn blasting all day as Round 1 heats were charged through all day. Close battles for those progression spots took place & most of Team England took places in Round 2.

The cogs of the event were turning & the competition was fierce throughout the whole week. The Team comradery was to be admired with everyone putting 100% into cheering on their fellow team members. This team were comprised of exceptional individuals and personalities both in & out the water. 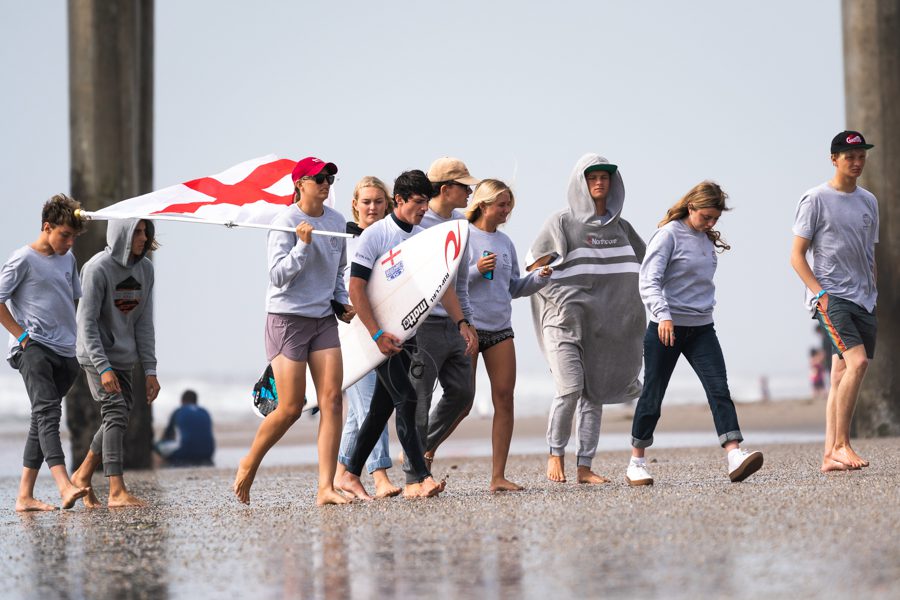 In the U18s boys, Team Captain Seth Morris pushed through into Round 2 showcasing some slick turns, alongside Will Masterman who positioned himself perfectly in a heat with tough conditions. Both dropped into Repechage where they joined Barnaby Cox. All the boys performed exceptionally in Repechage Round 2 and were holding those top spots but when it came down to the final couple of minutes, they were just edged off them.

The U18s girls gave it their all with Bonita Whitelock showing some swift surfing and stamina as she surfed in both the 18s & 16s, taking Alys Barton’s place in the U16s due to her sustaining an eye injury. Lily Mandeville took it to Repechage 2 but didn’t quite get the progression scores she was looking for, the same for Lily Pierce, who had been performing incredibly during free surfs. 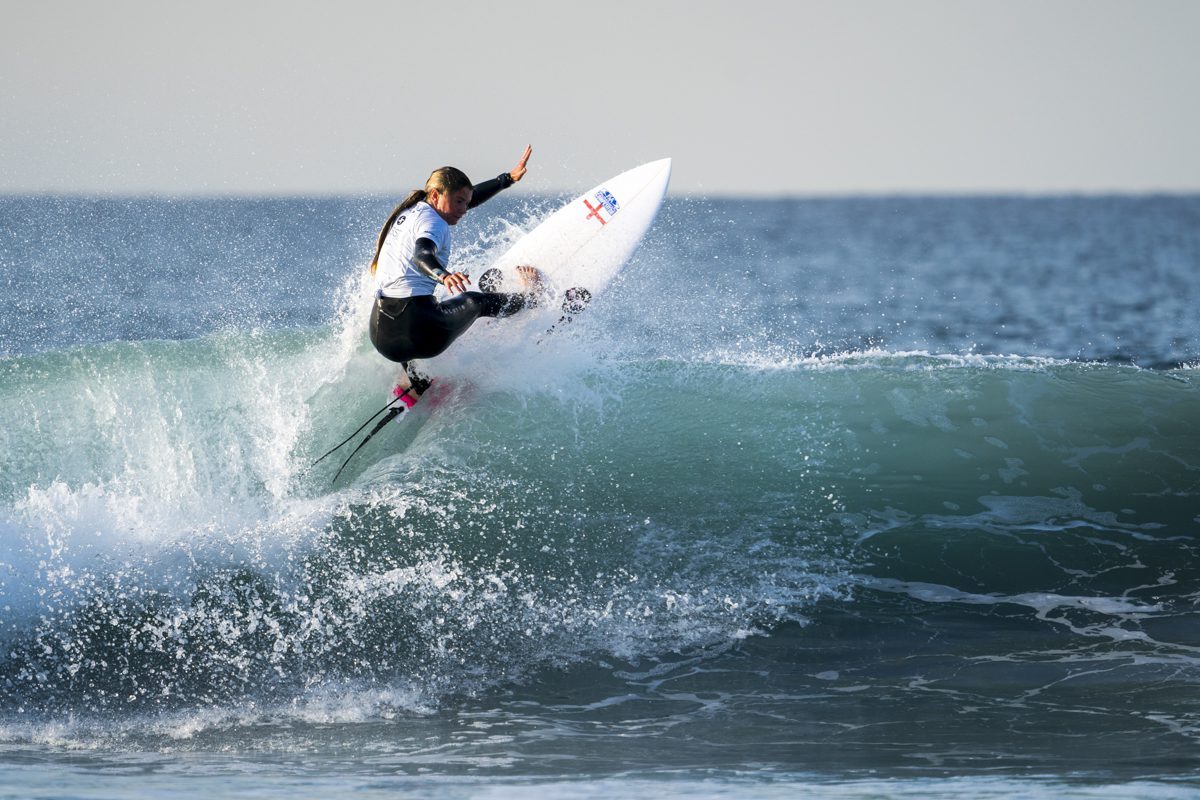 In the U16 girl’s youngest grommet Lauren Sandland showed determination & flare – some seriously admirable surfing from the 13-year-old Crantock local. Maddie Cawood took it all the way to Day 6 of the competition charging through to Repechage Round 5 where she exited the event. An overall incredible positioning of 22nd, Maddie demonstrated some serious fight, her drive clearly evident from her paddle battles & crisp turns.

The U16s boys saw Alex Townsend and Sam Hearn meeting both in the main round & later in the repechage rounds. In Main Round 2, Sam was unlucky with an interference call in the final minutes whilst Alex blew everyone’s minds with an incredible performance earning him a 7.33 whipping him into that top spot with just minutes to go. Stan Norman also took it to the wire before stealing the top spot in Round 2 – both boys were hooked straight up with interviews. When it came down to it Stan Norman pushed through to Repechage Round 5, surfing as hard as he could but not quite getting those key waves. Stan ends the event with an awesome 29th place. 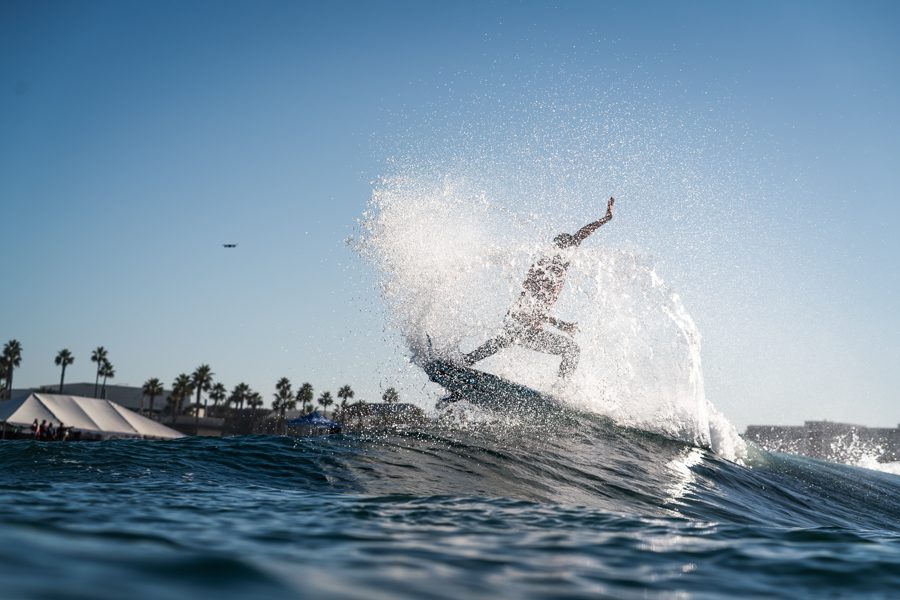 “It was incredible this year to bring in some new young surfers to the team who stepped up and competed very maturely. It’s exciting to give them the experience and watch them take it all in. This will only help them for future years of competing at the ISA World Championships. The whole team got behind each other to be able to improve on last years placing.” stated Team Coach Miles Lee-Hargreeves.

Team Coach Tassy Swallow sums up her experience as “It was amazing to see our juniors up there representing on the world stage… we may be one of the quieter teams out of the water, but in the water they definitely let their surfing do the talking! As well as some dream conditions, we had some much trickier days too – and our youngsters showed determination, perseverance and maturity dealing with a real mixed bag during the period in which the contest was on. The essence of TEAMWORK and SPORTSMANSHIP are in my eyes the most important attributes we can push from our team during this competition in particular and I’m genuinely stoked with our efforts & result as a team this year and will continue to aim for them to strive even higher next year.”

Overall Team England placed 17th out of 44 countries for 2019, a result we are proud of. Looking to the future, there is some exceptional talent coming through the U16s which gives us tremors of excitement as we look towards 2020, the year that surfing will also debut in the Olympics.

A huge thank you goes to the travelling management team. Coaches Miles Lee-Hargreeves and Tassy Swallow who gave their all to the team as did Team Manager Hannah Brand. Thanks to the friends & families supporting from home & to Neil Sandland for capturing some of the photos in the album below. A final thank you to the 2019 Team England Junior Sponsors: The Wave, Caravan and Motorhome Club, Dryrobe, Pacsafe, Hydro Flask, BY KATHRYN & Stance.