Let’s see if we can sum this up…

So what do two weeks of combo swell with pumping waves, 44 countries and almost 400 surfers add up to…? 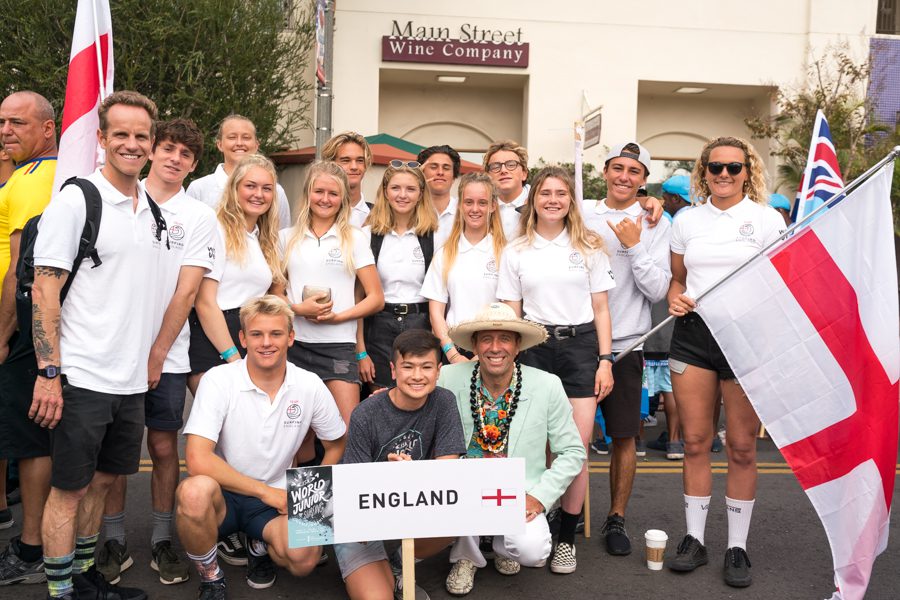 One of the best worlds and for a few the first that our Juniors have been a part of took place at Huntingdon Beach in sunny southern California.

For Team England Juniors, it was the first time they would be competing with an equal number of athletes, boys to girls in all divisions (U16 & U18) with a total of 12 surfers.

An incredibly strong team both in the water and on land. 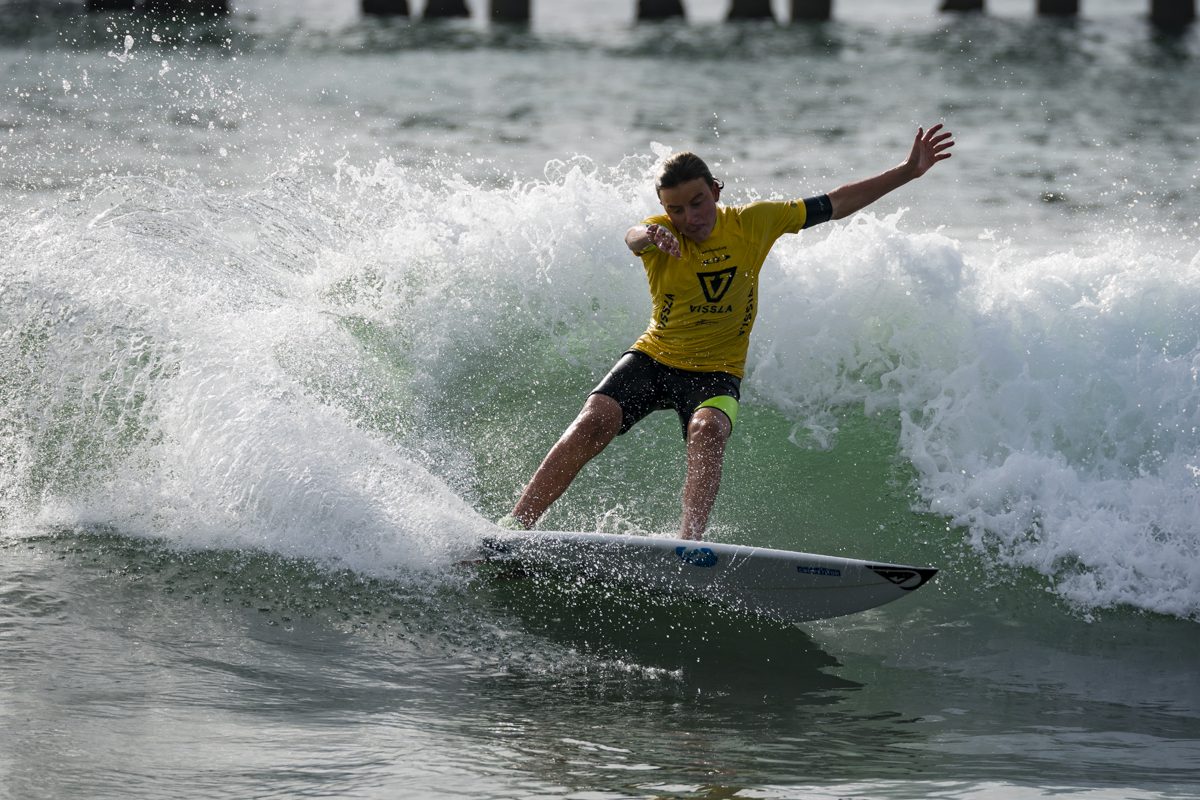 Seth Morris, U18 Boys and Team Captain with a great result behind him from last year’s worlds showed passion and grit form the get go…round 1, heat 1 and 1st! Fyn-lee Cooley Miller was right behind and pushed through with a 2nd place in the next heat.

Next up was the stylish and progressive surfing of Sonny Perrussel which was to come to an end in the round 1 of the repechage. Sonny now in his last worlds was stoked and showed us what it is to be part of a Team. Fyn-lee went on to the repechage round of 3 with his skilful flow and bowed out in a tough heat.

We were blessed and ever grateful to have Damon Beveridge, Head Coach and Tassy Swallow, Assistant Coach in her new role on the beach doing a stellar job for our surfers that were now well on their way through the rounds and into this marathon of a competition ahead.

With some peaky and sizey days we were also struck with days of smaller, cleaner heats which also gave us those moments where the ocean would stop sending the goods! Nothing harder for a surfer trying to put a score on the board. 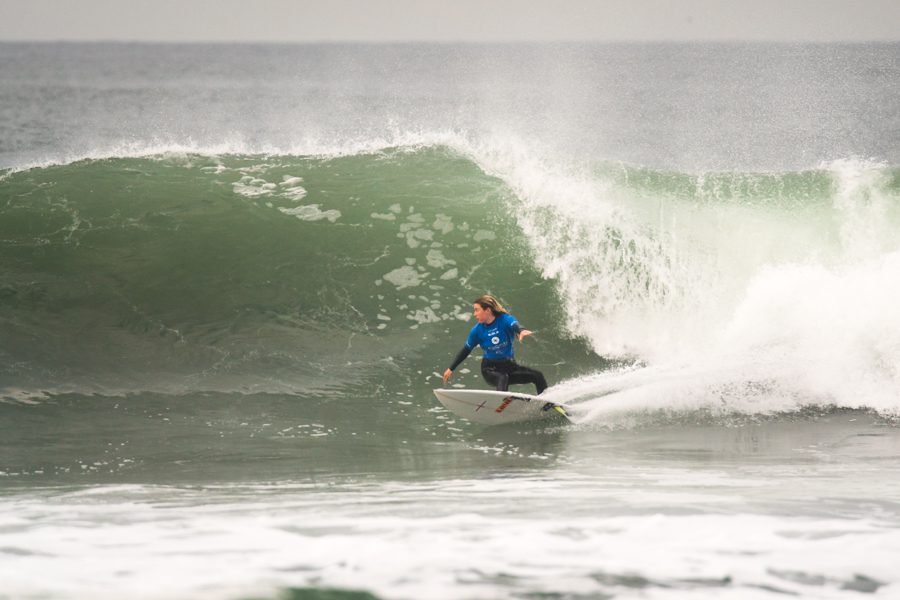 In our U18 girl’s division Amy Dyer and Lily Pierce were up and pushed through to the repechage rounds with an exit in the same round of 2.  Some tough and very narrow wins for every surfer in these rounds made it very difficult. Lily Mandeville showed us some fire and went on to the repechage round of 3 with an epic paddle battle in the previous heat. All these girls showing us fantastic surfing.

U16 boy’s division went off with a bang! With Stanley Norman taking a 2nd, Will Masterman and Woody New both claiming a win all in their 1st Heats of Round 1.These three surfers showing some standout performances throughout the competition. Woody ‘drop wallet’ New (you had to be there to see this move) made it through to the repechage round of 3 where we had to say goodbye after some jaw dropping progressive surfing.

Stanley went on to the next round 4 in the repecharge where he would end his run, we weren’t sure if the Pier or his boards could take anymore! Amazing display of surfing. Will Masterman really brought it to Huntingdon’s North side, with a text book approach to power surfing beyond his years. Charging his way through the repechage heats to round 7! Will finished the competition with an individual position of 13th, congrats Will.

Our U16 Girls, Alys Barton and Maddie Cawood both took 2nd place in their first heats of round 1. Bonita Whitelock went through to the repechage round of 2 and lost out in tricky conditions. Hope the Rubik’s Cube is providing winter entertainment for you!

Alys pushed through to repechage round 2 with some fantastic surfing, look forward to seeing more of Alys in 2019! Maddie Cawood wowed us all with her display of surfing all the way through to the repechage round of 4! Our rookie of the trip award went to Maddie who was unlucky to not get through. 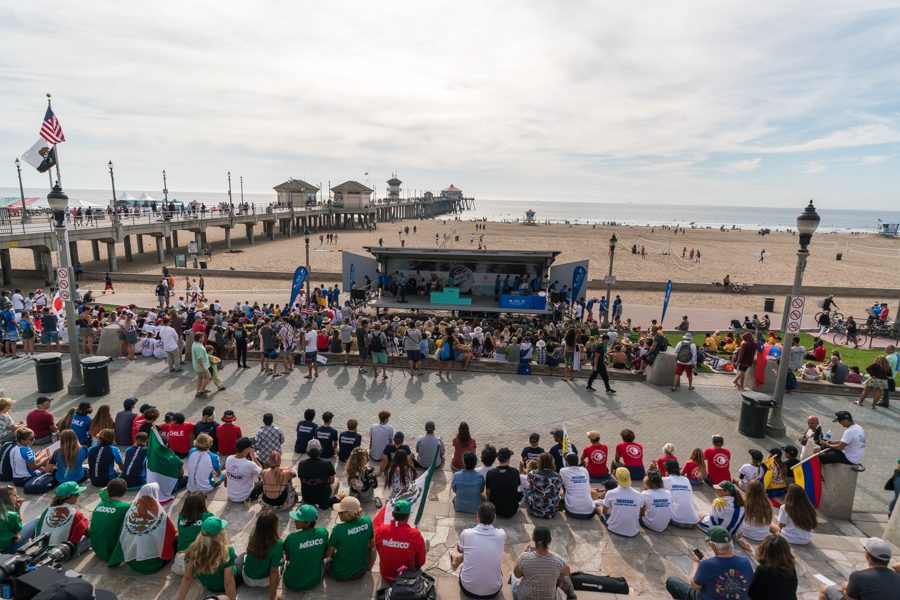 All surfers displayed a level that England should be proud of… As Team manager to this group of 12 incredibly talented individuals I can also shout about how they have also made this an incredible Team. Big shout out to Chris Brown for a great selection process and foundation.

I’m both proud and extremely excited to be leading them into 2019 with high hopes, new goals and new results.

I would also like to take this moment to thank the amazing support team of coaches, staff, family and friends and also sponsors.