Refreshed & revived, we’re reflecting on an epic performance from Team England at the 2019 British Surfing Championships & British Cup. This year’s hosts, the Channel Islands Surfing Federation put on a rad event & we were loving seeing the action unfold on livestream throughout the weekend. 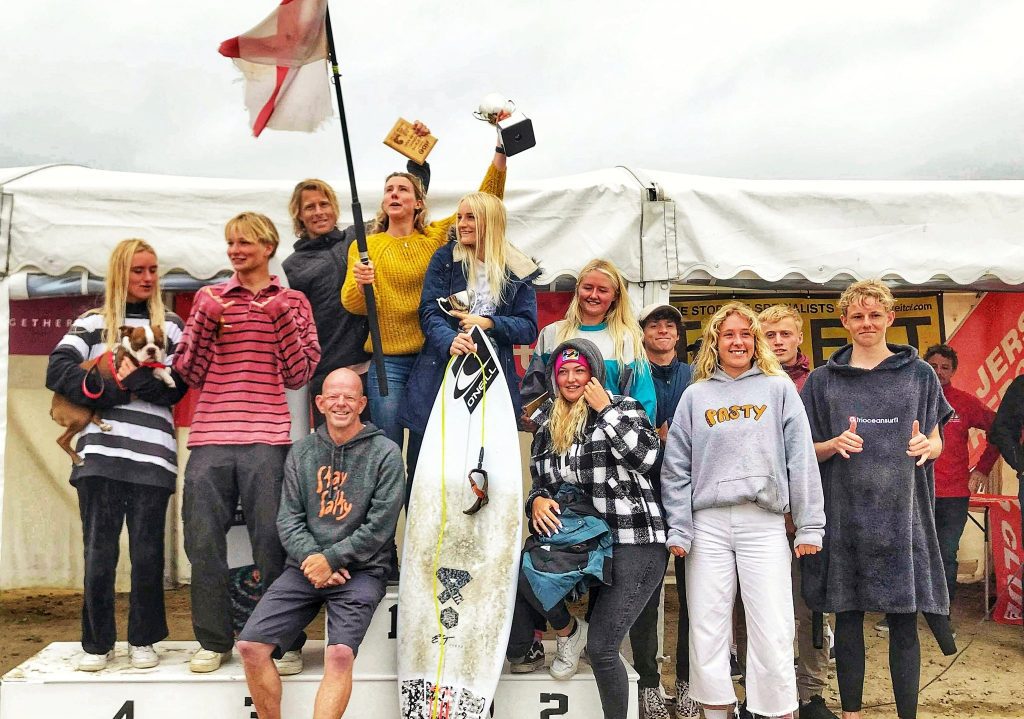 Team England arrived in St Ouen’s Bay, Jersey with fire in their belly’s, ready to take on the best of British Surfing talent! It was great to see the Scottish contingent so far South, the Welsh crossing the water and the home-grown talent from the Islanders in what is always a fun filled event with an undercurrent of fierce rivalry! 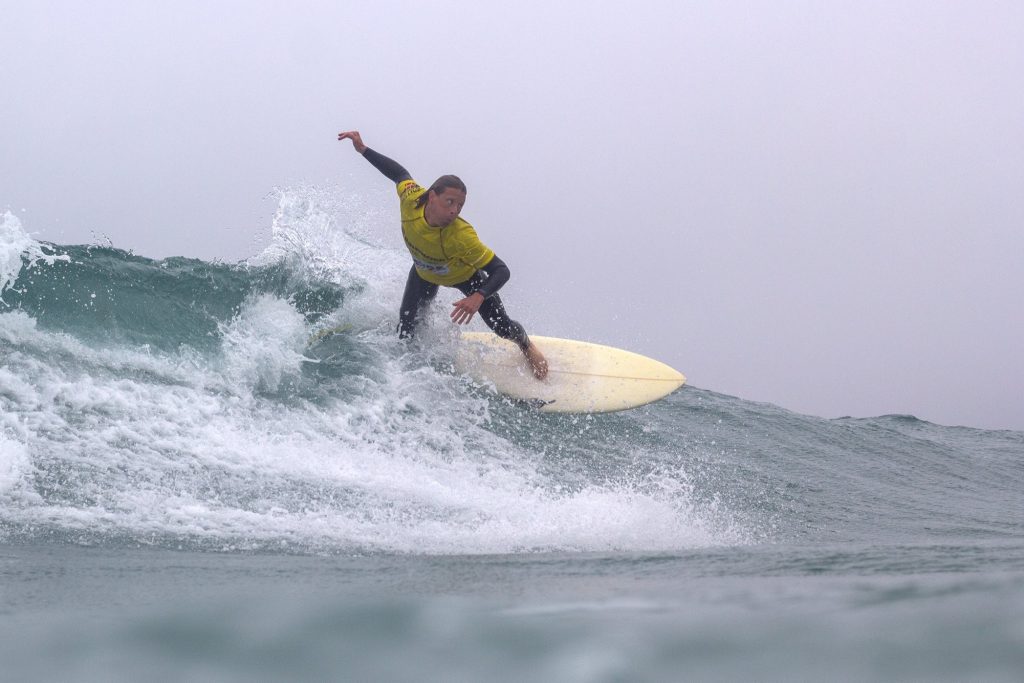 With Surfing fast approaching its debut in the 2020 Olympics as a demonstration sport the 2019 British Surfing Championships & British cup was even more weighted. For 2019, the Women’s & Men’s Champions & those coming in 2nd place earnt their sought-after seats in the British Team!

There were stand out performances across the board, and at the end of day one Team England were in a very strong position. Finals day (Sunday) saw some fantastic individual performances from English surfers, and saw the team pull together, even when some of the team suffered defeat. Three individual English champions were crowned, and Jayce Robinson managed on two occasions to save his best waves for the last minute of the heat. Ellie Turner narrowly missed out on the double celebration with Peony getting a really strong wave at the end in the Women’s Open, and in the Boys (U18) final it showed the strength of English surfing with three of the team surfing so well, and Seth coming out on top. 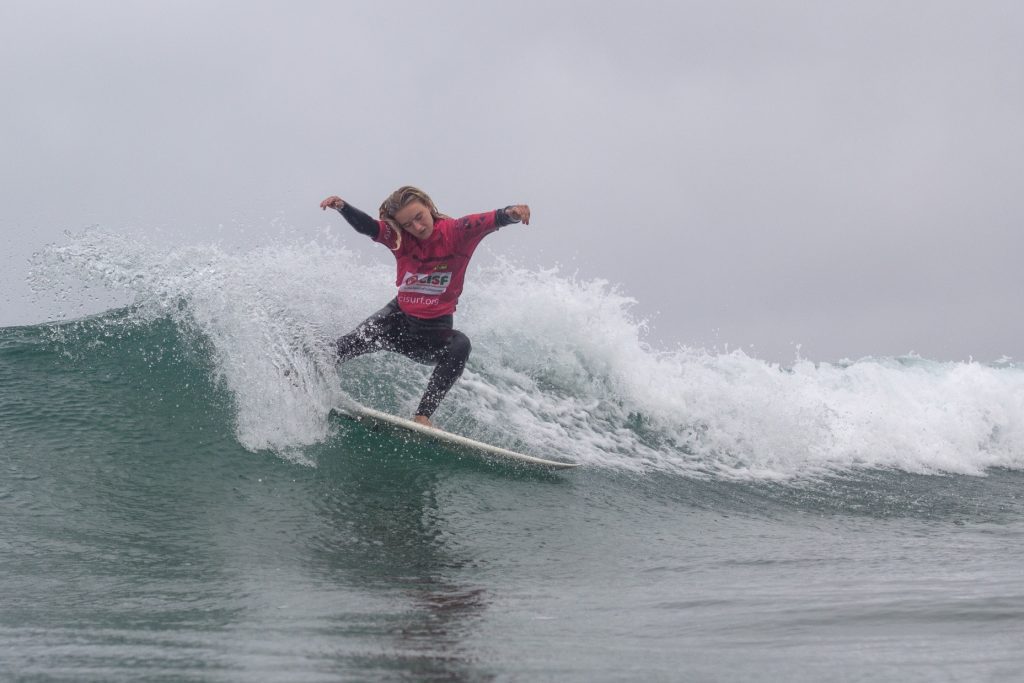 Team Manager Phil Williams said “It was a real pleasure to manage this team, some great performances, fantastic team spirit, and the future is looking good. Every one of the surfers did their country proud and learnt a lot. The Channel Islands Surfing Federation put on a brilliant event, and it was so good to see their surfers doing so well. The battle with Wales was always fierce, and I think next year’s event in Scotland will give the home country a fantastic opportunity to do really well. I love the event format, so good for the development of British surfing”

After 2 days of elite surfing competition, the finalists were whittled down & the proud Champions Crowned. 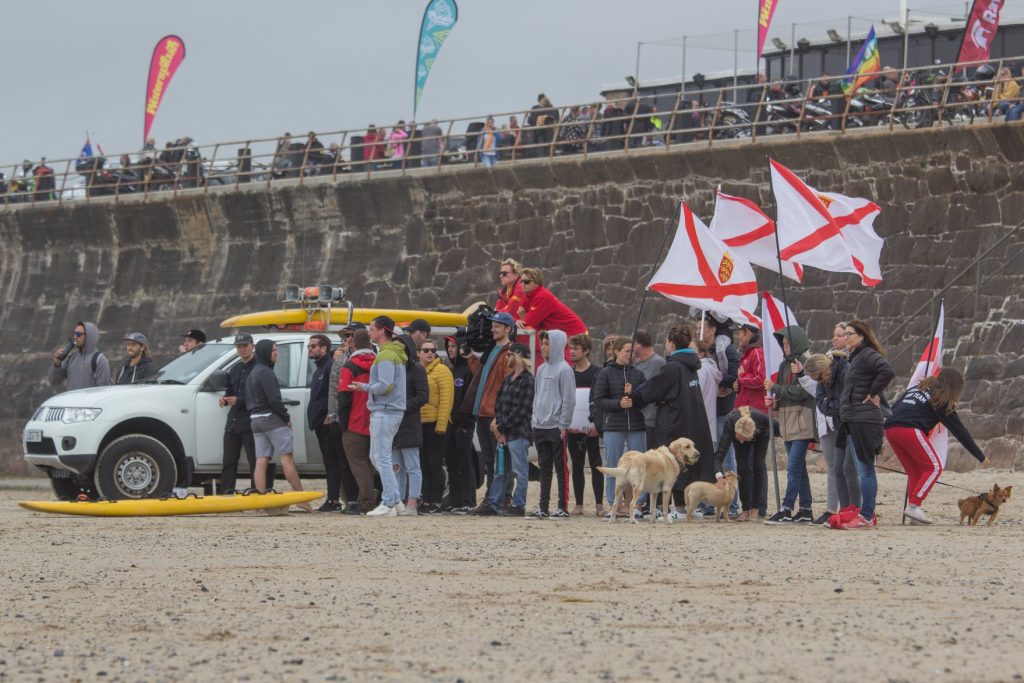 A huge thank you to the surfers for travelling to Jersey & smashing it, Phil Williams for stepping in as Team England Manager, Rob Tibbles for the brilliant social media coverage & Channel Islands Surfing Federation putting on a fantastic event!