The beautiful resort and right hand point break of a Playa El Sunzal in El Salvador, Central America was the venue for the 2109 International Surfing Association SUP and Paddleboard World Championships from 24 November to 2 `December 2019. Due to the late notice of the event, many eligible English athletes were unable to make the necessary logistical arrangements to attend the event resulting in the team consisting of just 3 members.

The event was extremely well run at the venue. The government of El Salvador were totally supportive of the event to the point of the athletes being invited to the Presidential Palace to meet the President and Minister for Tourism personally. Each team had their own coach and driver available for all transfers to and from the event as well as to other surf breaks in the vicinity of the competition area. In addition to the transport, each team was allocated a beach front cabana complete with restaurant table service from the private beach club at the venue and had a 24-hour assistant from the Ministry of Tourism. 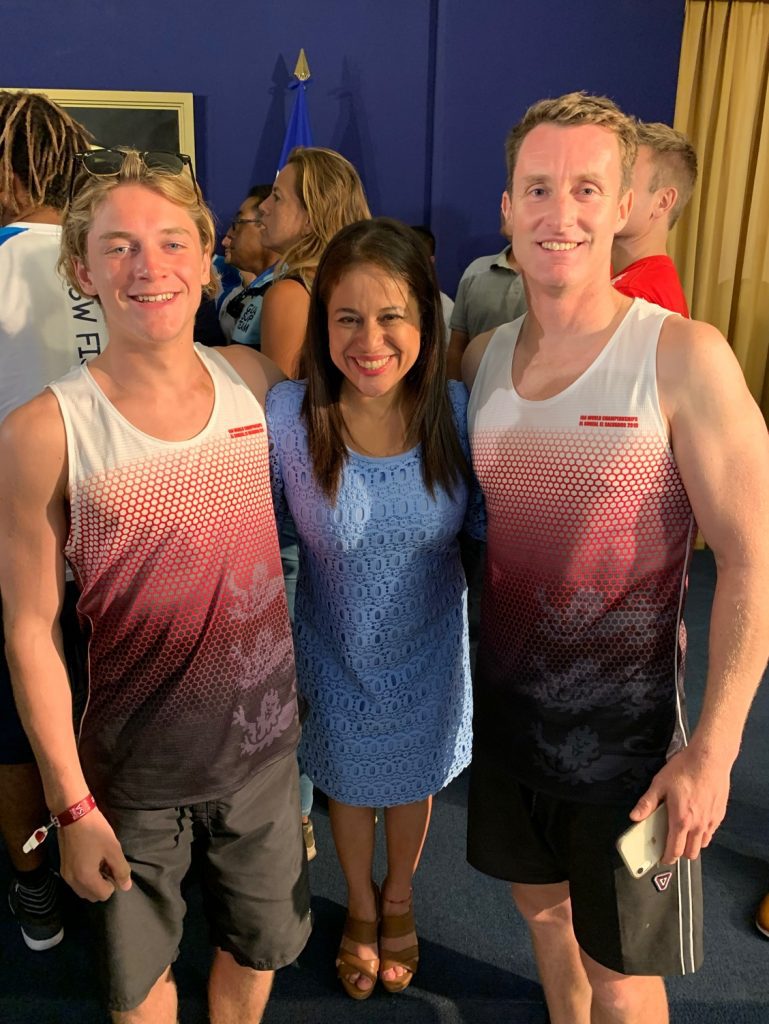 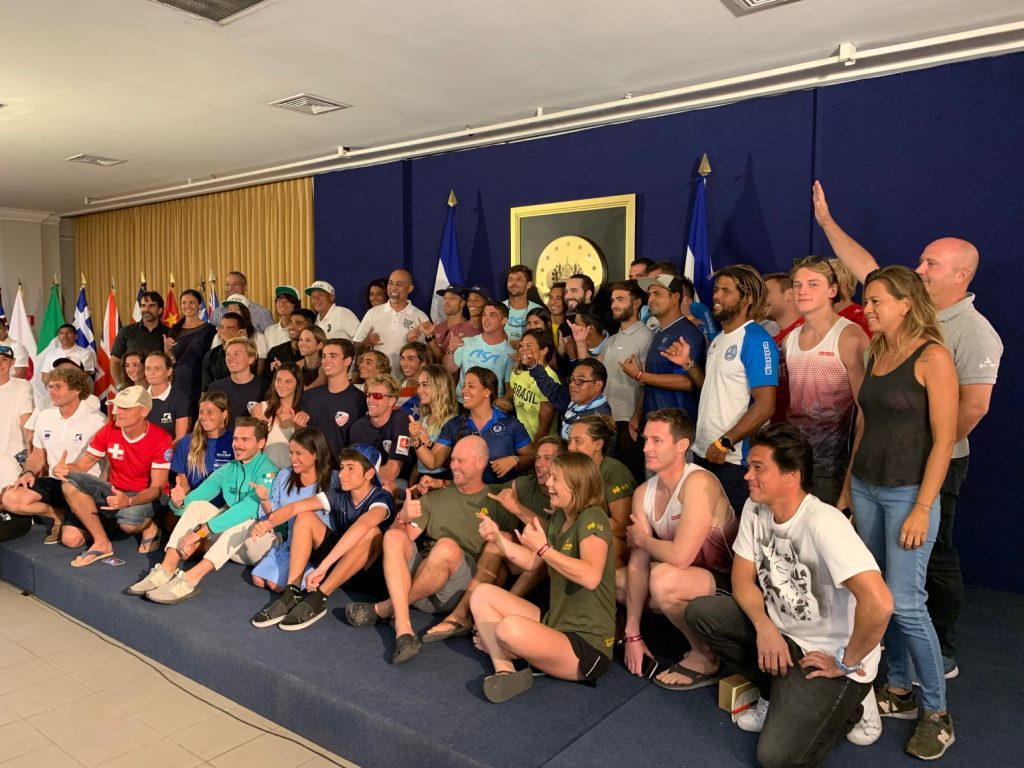 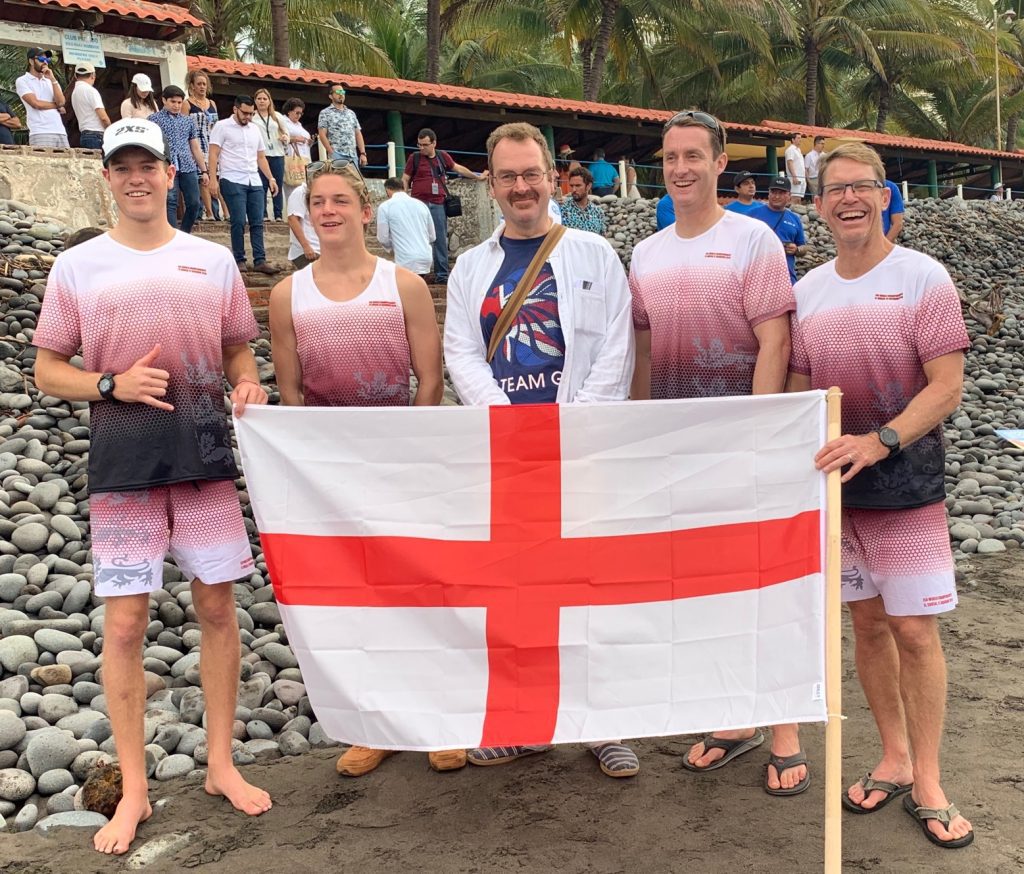 Team England were graced with the presence and support of the British Embassy, with the Ambassador, David Lelliot, visiting the team on 2 occasions.

The format of the racing was contentious, with the sprint SUP race being a race off the beach, around a buoy, and back up the beach, through a crashing shore break. It was spectacular racing to watch.

The distance and technical races were both 3 lap formats while the team relay course was a single lap for a male and female on both SUP and prone. On each lap, the course took the athletes through the point break of El Sunzal. Watching 14 foot SUP race boards and 12 foot prone race boards negotiate the surf was again spectacularly and exciting. 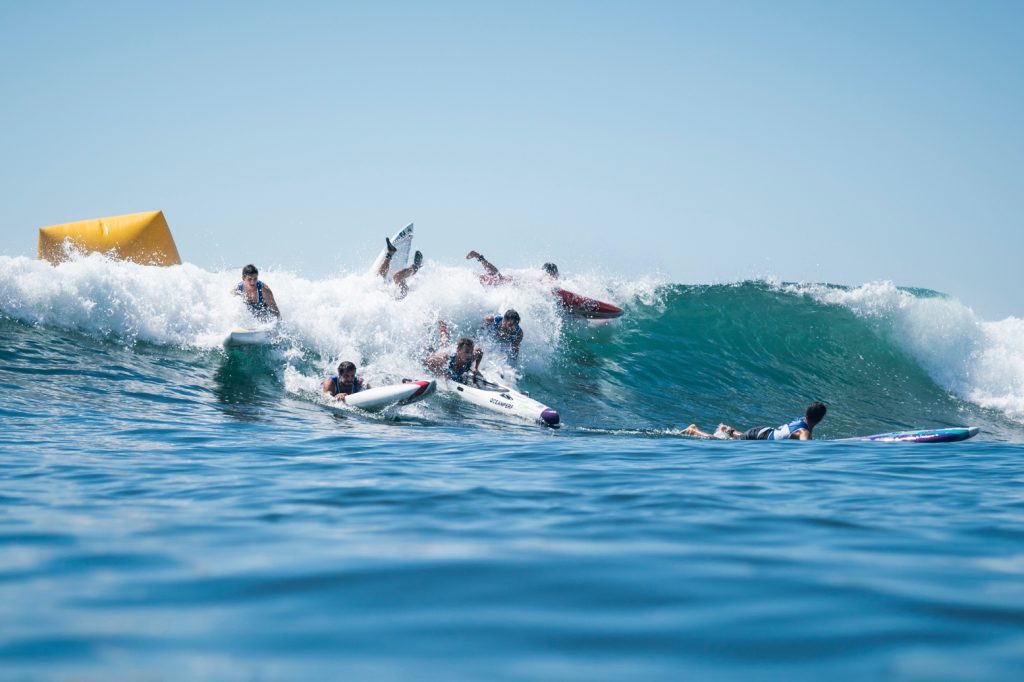 The English athletes did themselves and Surfing England credit.

First up was Sam Norton in the prone board distance race. 12 Nations were represented in this event. The 18km, 3 lap course was run in 32 degree temperatures requiring prerace ice cooling and forcing some athletes to retire with heat exhaustion. Sam went out hard from the start and was on the wash of the reigning world champion, Hunter Pflueger, from the USA. Together with Julen Marticorena from France, these 3 broke away from the field by the first buoy. Gradually, Pflueger pulled away on the first downwind leg, leaving Sam with the French athlete. Towards the middle of lap 2, Marticorena started to tire and the Spanish athlete, David Bull Sanz caught up. Sam then pulled onto the wash of Sanz and stayed there until the end of lap 2. He got unlucky on wave selection on the point break at the end of lap 2 and got dropped by Sanz. 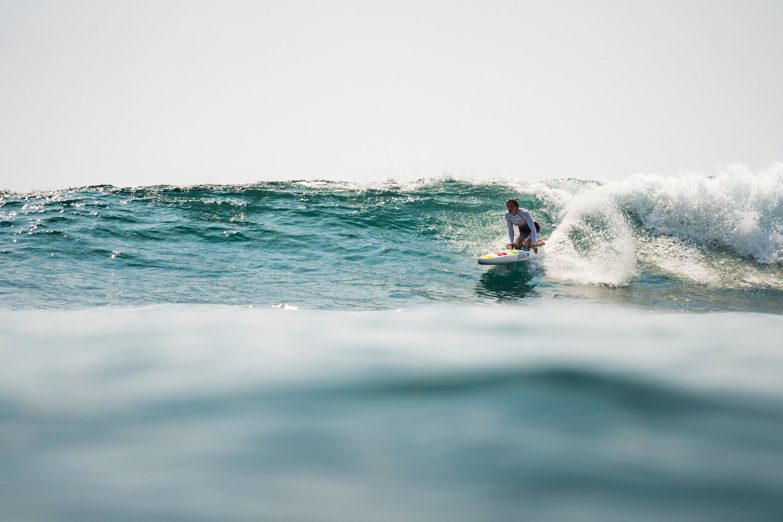 He then paddled alone for the final 6km lap but was unable to pull back the Spaniard, finally finishing in bronze medal position. Having just turned 17 in the month before, Sam hopes to return in future years to attempt to improve on this excellent first result at open world championship level. 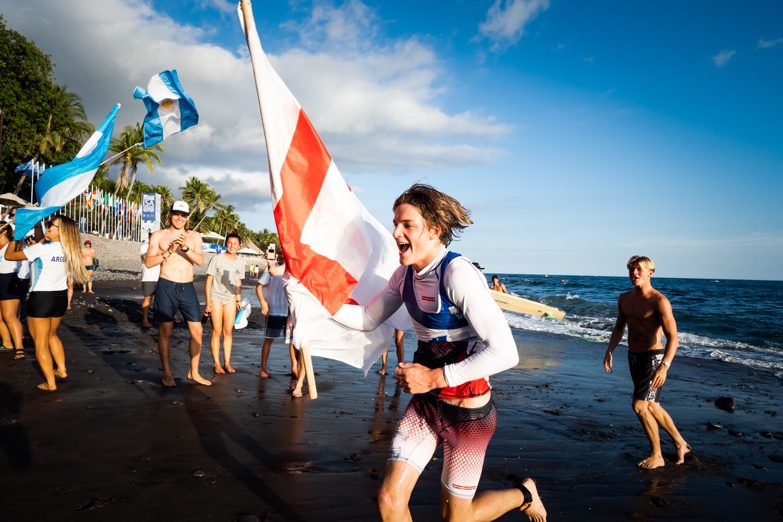 The next event for Team England was the Men’s Technical Prone board race. Andrew ‘Milky” Byatt was one of 11 athletes representing their nation.

Once again, our athlete had a great start and was in the lead pack of 4 coming through the point break for the first of 3 times on the 5km course.

Unfortunately, Milky was forced to the inside of the point by the Spanish athlete. Paddling speed was high, but the luck of the wave selection was not in his favour and he was then unable to get back to the lead pack again. On this occasion, Marticorena was determined to redeem his distance race result and was able to hold off Bart Schade from the USA and Carlos Ruiz from Spain. Andrew was rewarded for his efforts with a fourth place and a Copper medal. 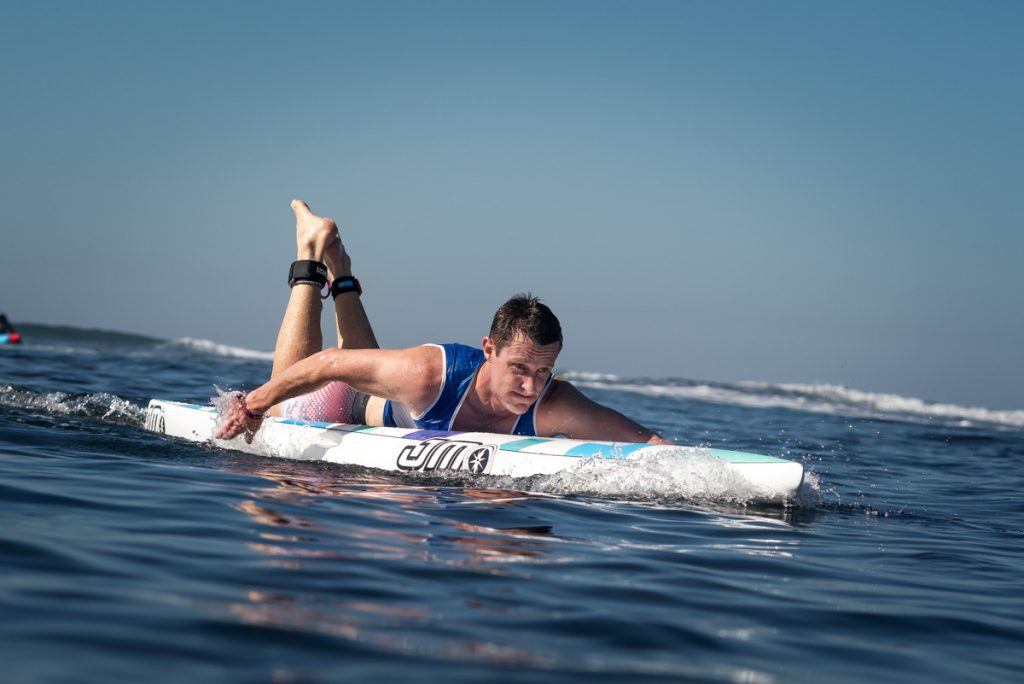 Last of the English team to compete was James Arnell-Smith in the SUP surfing discipline.

El Sunzal delivered the goods for the surf contest with 4-5 foot perfection for much of the competition.

James had the best waves of his life in heat 3 round 1 and was able to place second in his heat ahead of the Colombian surfer, Felipe Marthe. 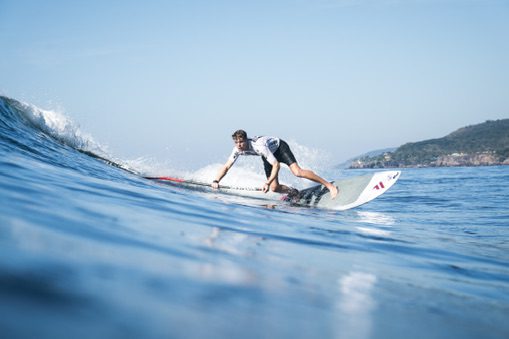 In round 2 James was placed 4th in his heat and was then put through to repercharge round 2, where he placed 3rd and was unable to proceed further.

Having the opportunity to spend 60 minutes on El Sunzal point break with only 2 or 3 other surfers in the water is I’m sure an experience which James will never forget and he will have dramatically increased his experience in wave riding in such excellent conditions. James was placed 25th out of 37 competitors earning 360 points for Surfing England.

The overall team competition was won by Team France with Spain, USA, Italy and Brasil making up the top 4 nations.

The experience was unexpectedly good with a superb venue, great racing and a host nation sparing no effort on making the athletes welcome, safe and comfortable.