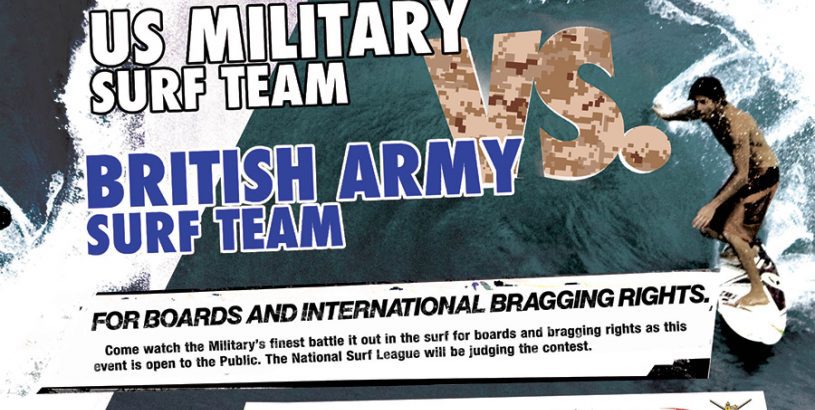 Troops fly the flag for British Surfing Surfing is a growing sport in the UK with our armed forces even flying the British Flag in international competition. The British Army Surf Team, in association with sponsors, are delighted to announce a  forth coming competition against the United States Marine Corps, being held in Southern California […]