The idea of The Wave first surfaced in 2010. News quickly swept across the country that England’s first inland wave-pool would be coming to Bristol & many jaws dropped. The concept is awe-inspiring, the scale is huge & we cannot wait to see the waves rolling in this Autumn.

Since that early announcement, we have followed & supported the efforts of The Wave to bring their vision alive & to bring real surfing waves to the masses. Their vision has always been big, way beyond what most sensible people would attempt.

As well as planning & building an amazing inland surf destination, The Wave have been passionate about supporting English Surfing.

The crew have been instrumental in promoting Adaptive Surfing & enabled Surfing England to found the English Adaptive Surfing Open. It is clear to see the good ethics behind The Wave. We’re also lucky enough to have them as Headline Supporter of Team England & it’s hard to overstate their contribution & importance to English & World surfing.

We met up with the crew at their Albion Dock HQ in Bristol & got the latest update on the build of England’s first artificial wave-pool. There’s a Banksy round the corner, a Shane Dorian 10’8 in the hallway & a cool team spread across the open plan office. The energy is palpable, the scale intimidating & its inspiring to see.

Can’t tell you too much about the construction other than….. 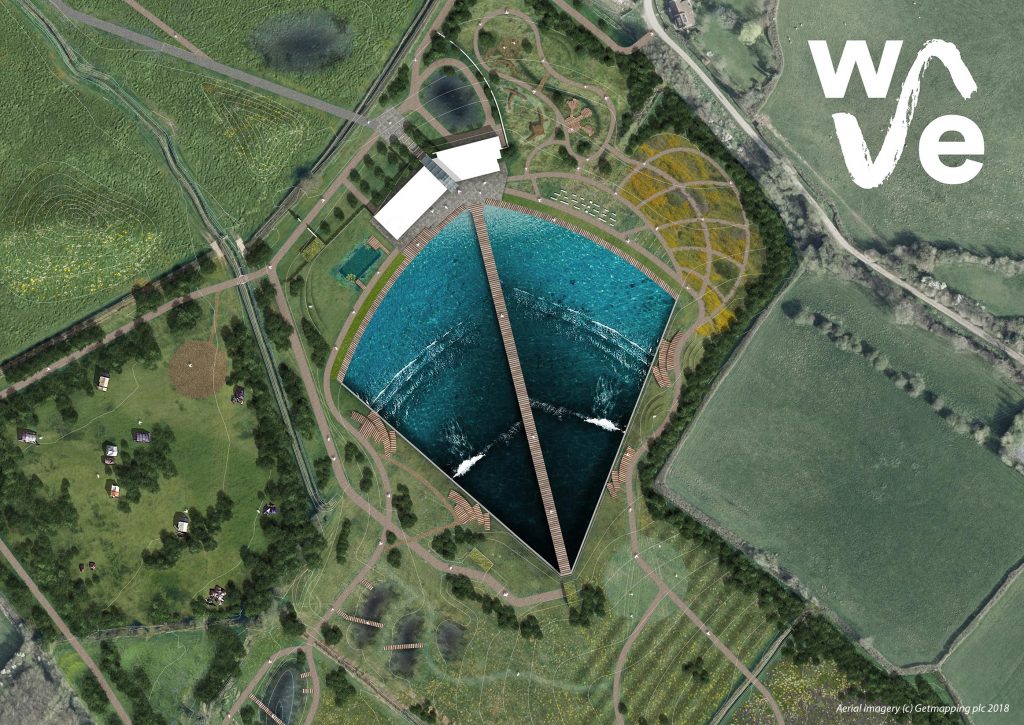 To see the dream being poured in concrete was jaw dropping.

The Site Manager turns out to be a Welsh Surf-lifesaving veteran of 30 years – “I’ve worked on projects around the world & I end up here building England’s first wave, funny eh?”. The irony certainly made us chuckle. 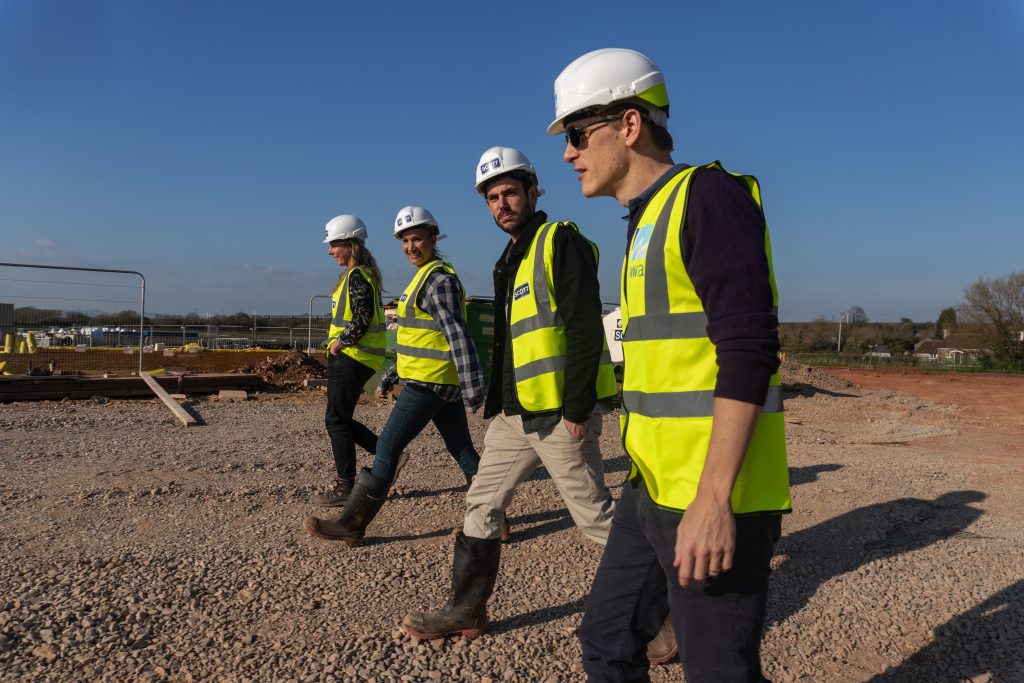 Surfing England Team getting the tour

Nick Rees, Surf Manager at The Wave, showed us round & gave the Surfing England team an insight into what is one of the most exciting surfing developments in the world.

We can’t wait to see the first wave roll through in September, it’s going to be epic!

Find out more about the Wave