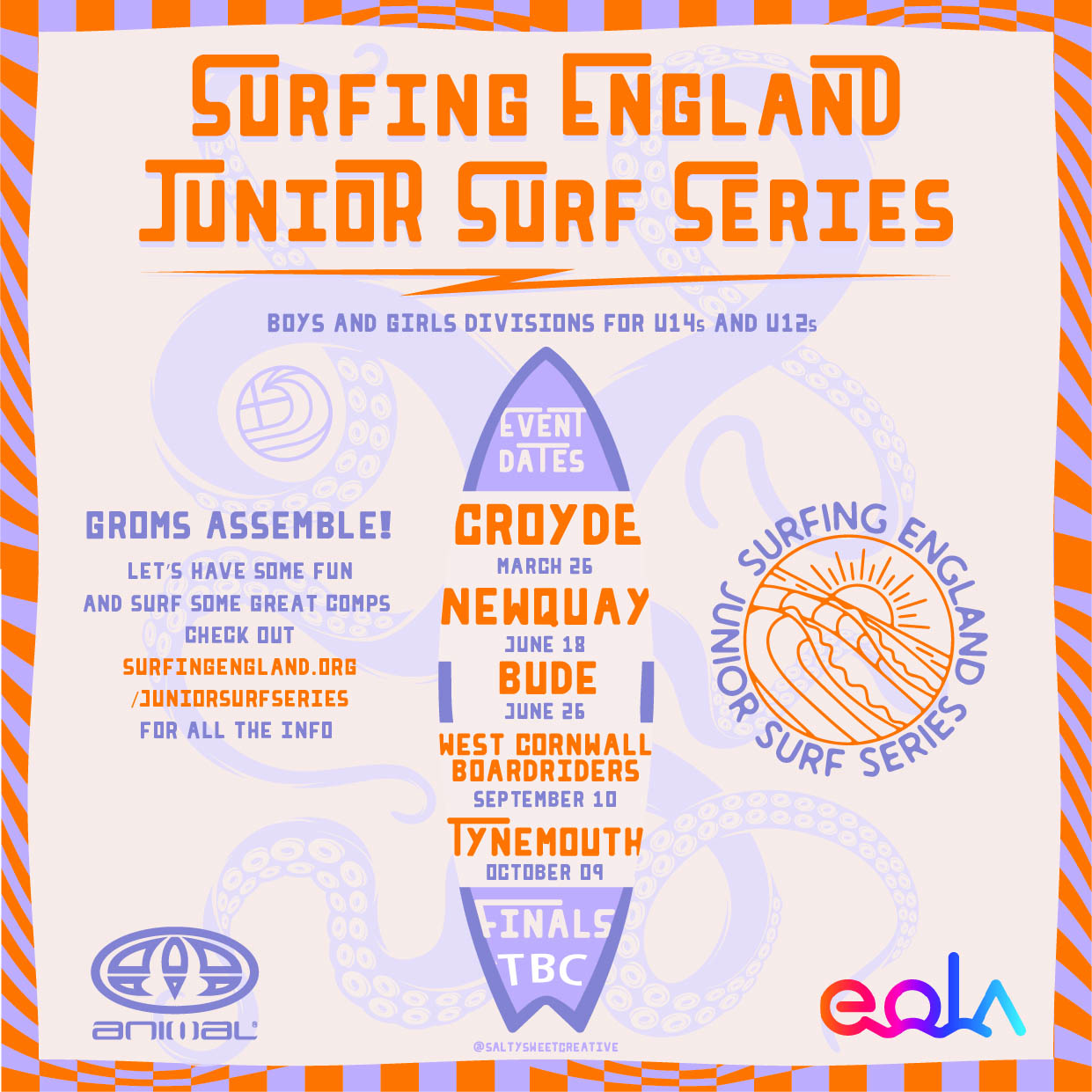 Surfing England and the 2022 Junior Surf series sponsors Eola and Animal are very pleased to confirm that the dates are now all confirmed for the exciting next five legs of this one-day series.

There has been lots of work behind the scenes following the inaugural very successful event at Croyde in late March, this brought together some of the U.K.’s top under 12’s and under 14’s surfers, and now the series calendar has been finalised. 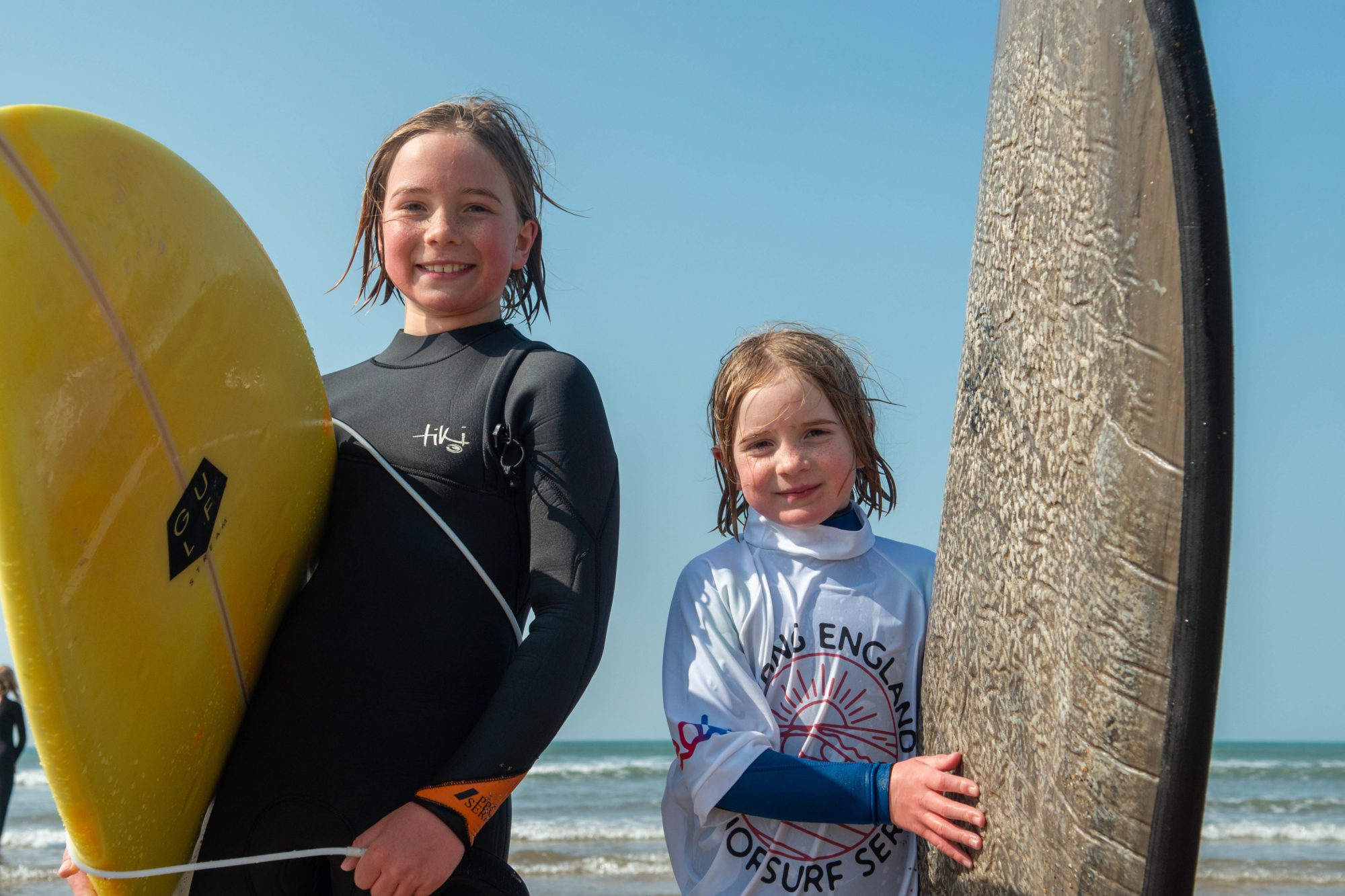 There then follows a bit of a break before the autumn events, kicking off with the Global Boarders Surf Club hosting the fourth event on Saturday 10th of September, planned for Praa sands with a backup location of Gwithian.

The series then moves up to the north-east of England, which we are very excited about and the fifth of the events organised by Tynemouth Surf Co, will be part of the ‘Tynemouth Open’ held at Tynemouth beach near Newcastle and will run on Sunday 9th October.

The series finale will consist of a winners only event taking the 1st place surfers of each of the individual events i.e. four surfers from each event, coming together in a grand finale which will be held at one of the UK’s best locations.

A huge thank you to sponsors Eola and Animal UK for their commitment towards the development of junior surfing. 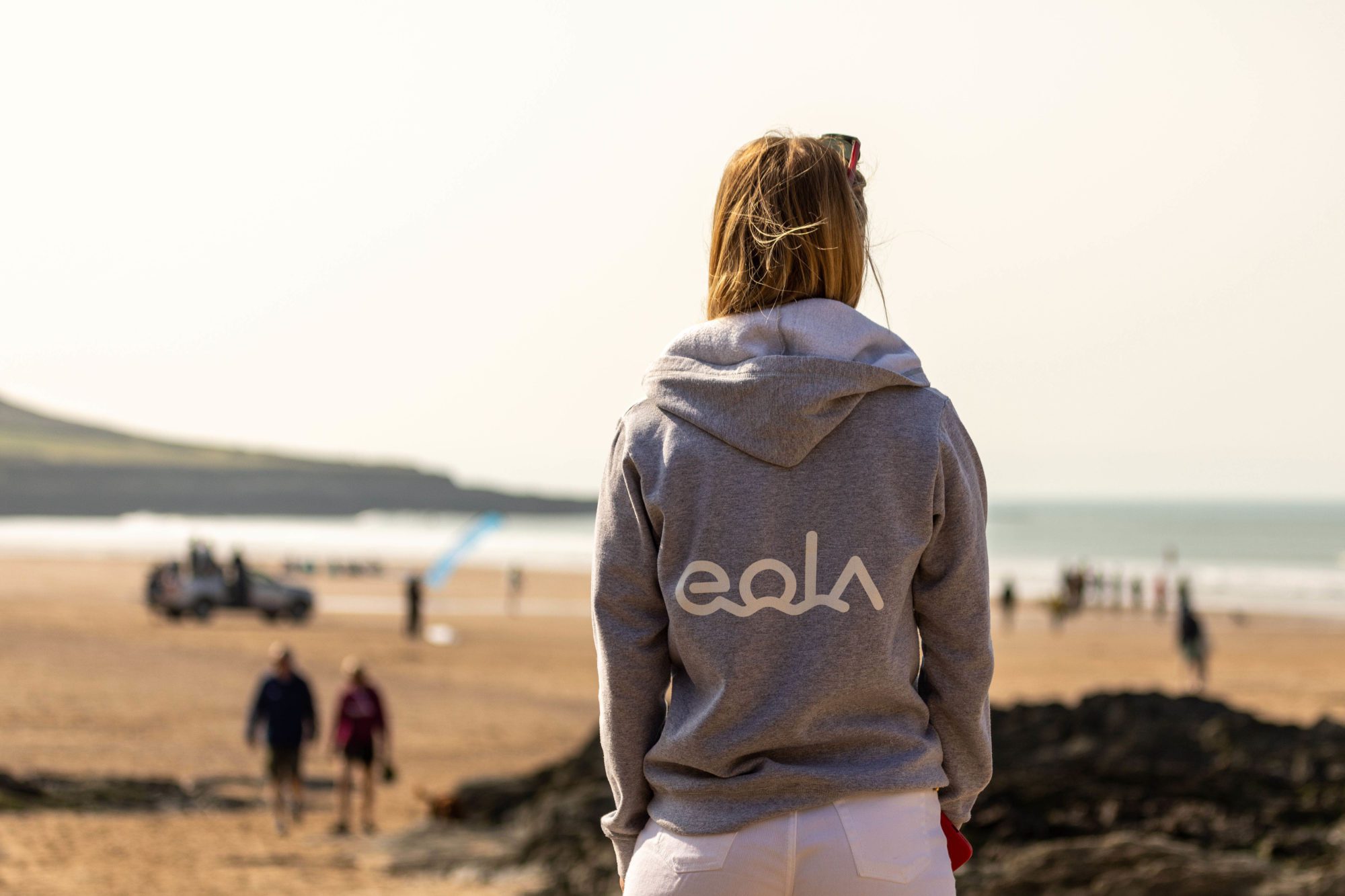 Note : – If for some reason a surfer has won more than one event then the second place surfer in that event and category will be put into the finale.

We are pleased to confirm that the registration for the Newquay event will be open via LiveHeats on 20th May at 16:00pm, as soon as registration is open we will update social media platforms. We are so excited, See you on the Beach!