The home nation surfing federations are stoked to announce that entry has opened for the 2018 British Championships and British Cup. This collaborative event is being organized and hosted by Surfing England for 2018 before it begins its annual circulation between the fellow home nations. The competition returns after a short break since 2016 with a refreshed & exciting format, with a new qualification process where entrants have earnt their place by competing at each respective home nations individual championships. 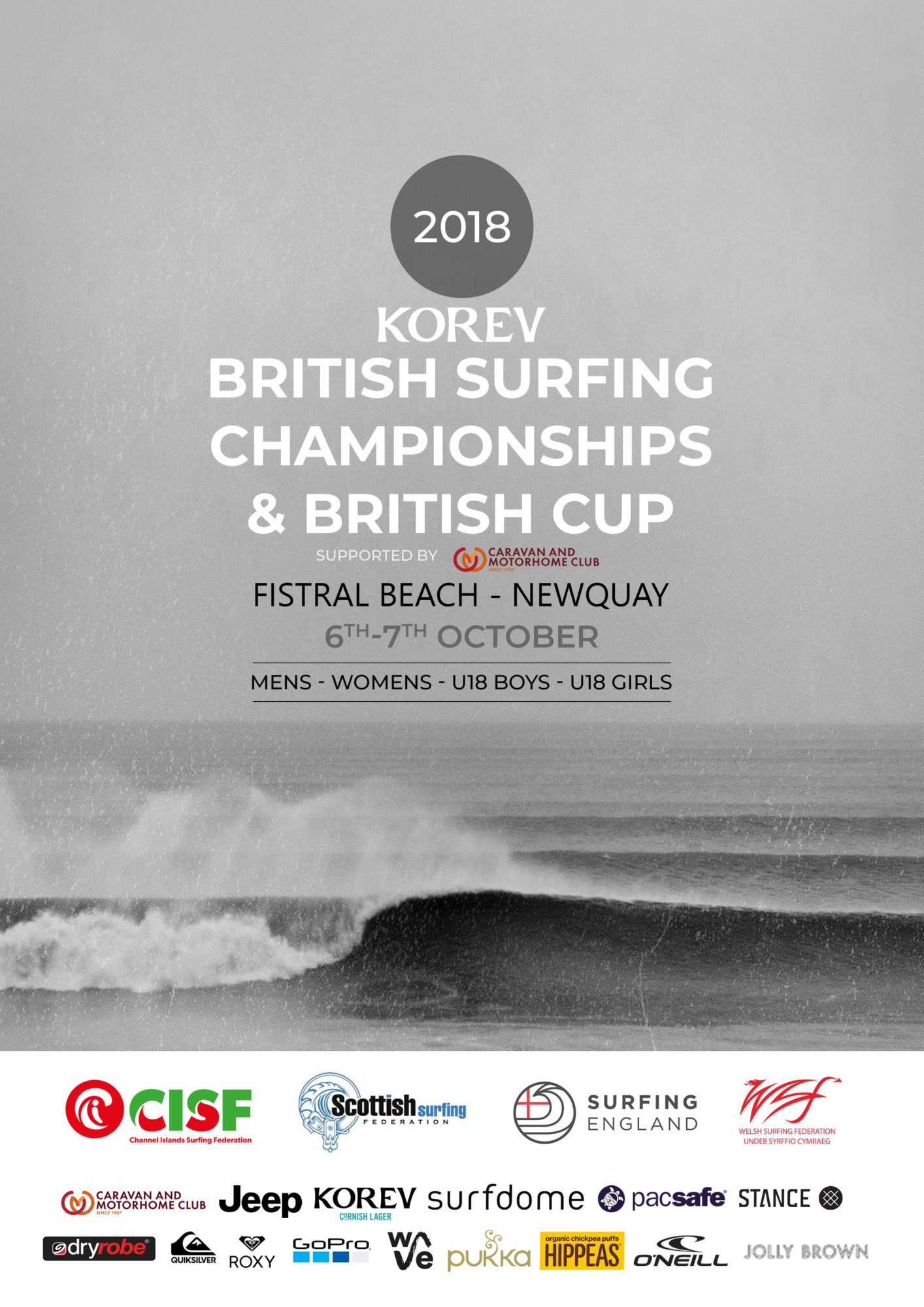 As announced in early 2018 the event will mirror the format of the ISA World Surfing Games, with each nations surfers competing for both individual division titles and an overall home nations team title called the British Cup! The divisions have 16 surfers in each, which is made up of 4 qualifying surfers from each nation (via their home nation championships) in each division of Men’s Open, Women’s Open, Boys Under 18 & Girls Under 18 divisions.

The following surfers have qualified for the event and are now invited to confirm their place by entering here: www.liveheats.com/surfingengland  : *Please only enter if your name is listed below. If you are listed below but unable to attend then please notify your federation to ensure the next qualified surfer is invited.

The British Surfing Championships & British Cup will be held at Fistral Beach, Newquay on the 6th & 7th October. Spectators are welcomed to the event. All scores for the event will be entered on liveheats – information to follow.