After two postponed events back in June of the inaugural Surfing England Junior Surf Series, all those involved were stoked that the Praa Sands event held on Sat 10th September 2022, went off first time in bright sunshine, and good conditions for the 48 surfers in the U12’s and U14’s competition.

The event was a great partnership with Surfing England officials supporting the host surf club, which on this occasion was West Cornwall Boardriders. A huge thanks to Steve and his staff and volunteer team that ensured everything ran smoothly.

The four divisions were all hotly contested with a mix of seasoned ‘veterans’ and those who have entered for the first time, which was one of the aims for this event. In the U12 girls the final was dominated by final winner Lila Skinner, with Coco Arthur coming in 2nd at her first Junior Surf Series event. Well done to Summer-Marie Moor in 3rd and Arabella Peres in 4th.

Moving on to the U12 boys, Joshi James continued his good performances in the series, taking 1st ahead of Max Harbour, Jensen Martin and Evan Dakin. In the hotly contested Girls U14’s division Tynemouth’s Bethan Davies, had a difficult heat meaning a 4th place finish, Harlyn Sykes surfed well in 3rd, just behind Sunny Ingram, with Willow Smith with a big beaming smile taking the win.

With the spring tide moving rapidly in, the final final of the day Heath Gillespie who had been surfing really well took the win in the U14s, with a combined score of 13.30, ahead of a tight battle with Banthams Seb Connelly, just taking 2nd ahead of Reubyn Wakeley and Jago Tasker. 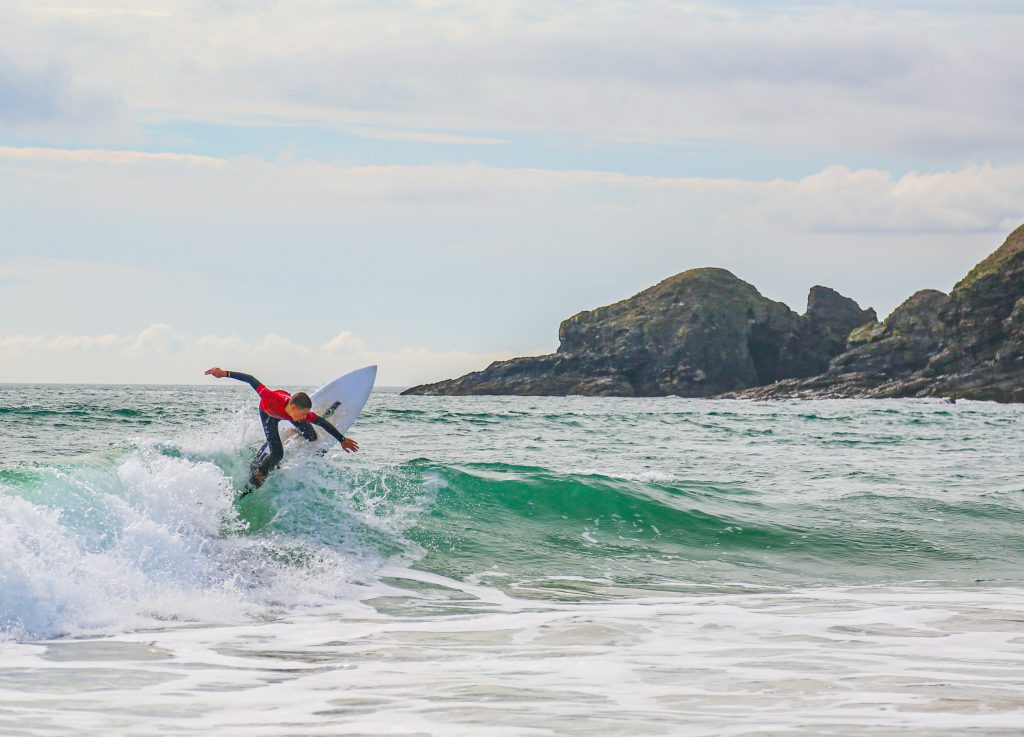 Surfing England series co-ordinator Phil Williams said “Once again an event like this shows how much interest and talent there is in English Surfing at the introductory level. The smiles and stoke throughout the day from the competitors and all those around the competition site, meant all the hard work in planning was so worth it. The more events we can do like this will definitely enhance our talent pool as they progress through their competitive Surfing careers. We are very much looking forward to the next event, a great example of partnerships achieving so much more using all our combined skill sets”.

A huge thanks to series sponsors EOLA, and Animal UK, and of course all the competitors and their support teams. Next up on the series will be the re-scheduled event Newquay event on Sat 1st October, before heading to the Tynemouth, in the North East of England (Part of the North Sea Weekender Festival) on the weekend 7th & 8th October, before heading back south again for the re-scheduled Bude event (Sat 22nd Oct) and finally all the category winner will be invited to a ‘Day of champions’ event at the Wave on Thursday 27th which will be a lot of fun. 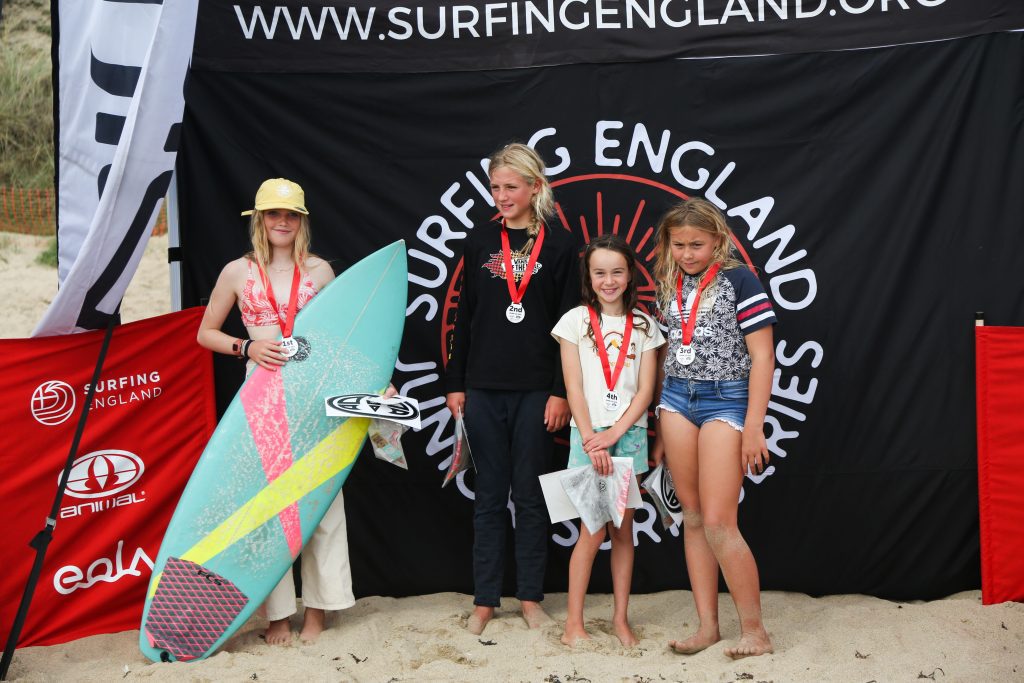 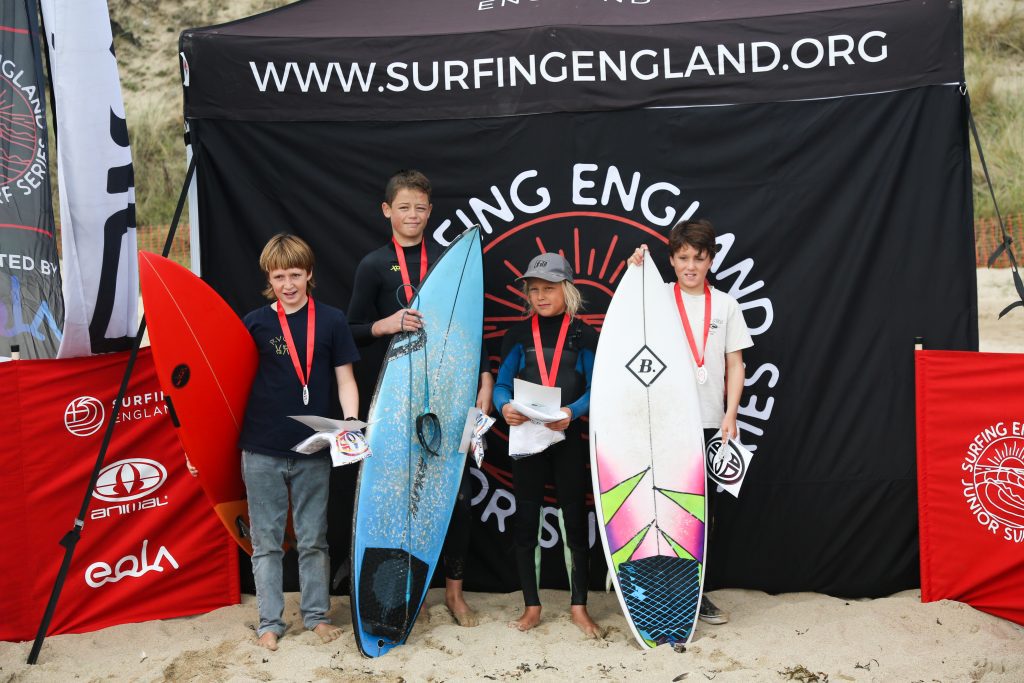 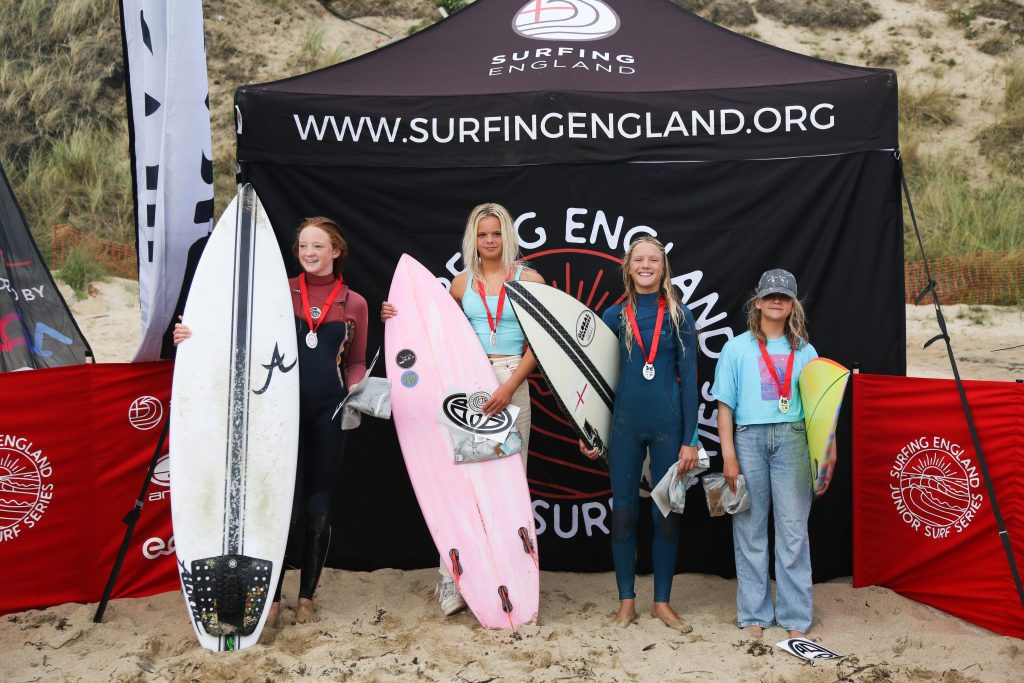 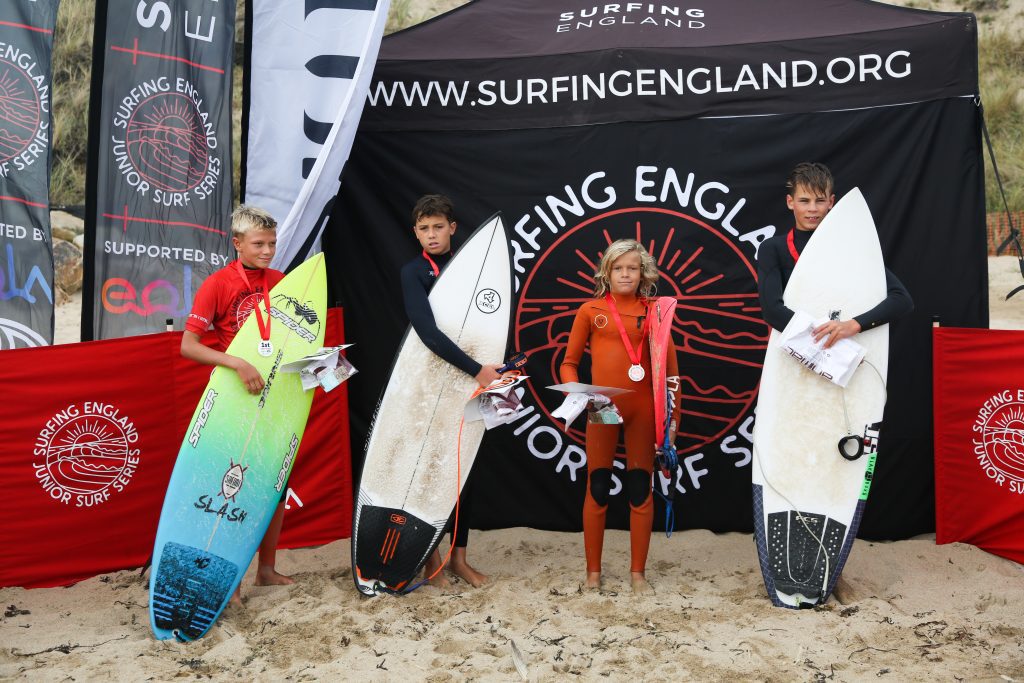