Alys Barton and Will Masterman take overall U16 Titles

The 3 event Rip Curl Grom Search series started off in Jersey, made a mid summer stop in Croyde Bay and wrapped up in great swell at Watergate Bay.

An unexpected jump in swell for the finals day brought all round stoke to competitors and spectators a like. Conditions provided a platform for some excellent performances, all set to the backdrop of Surfing England’s seamless new live scoring system.

Belle Betteridge was the first winner of the day in a girls Under 12’s division that was really impressive. All girls making the most of the conditions with Belle’s top to bottom turns standing out for the judges. In the Under 14 girls it came down to the last 10 seconds when Tegan Blackford snatched the win with a  great left-hander. “I knew it was going to be close to the score I needed and when they read it out as I got to the beach I was stoked with my family and friends cheering. There’s a great atmosphere at this event and with it being tour is good for us all too.” 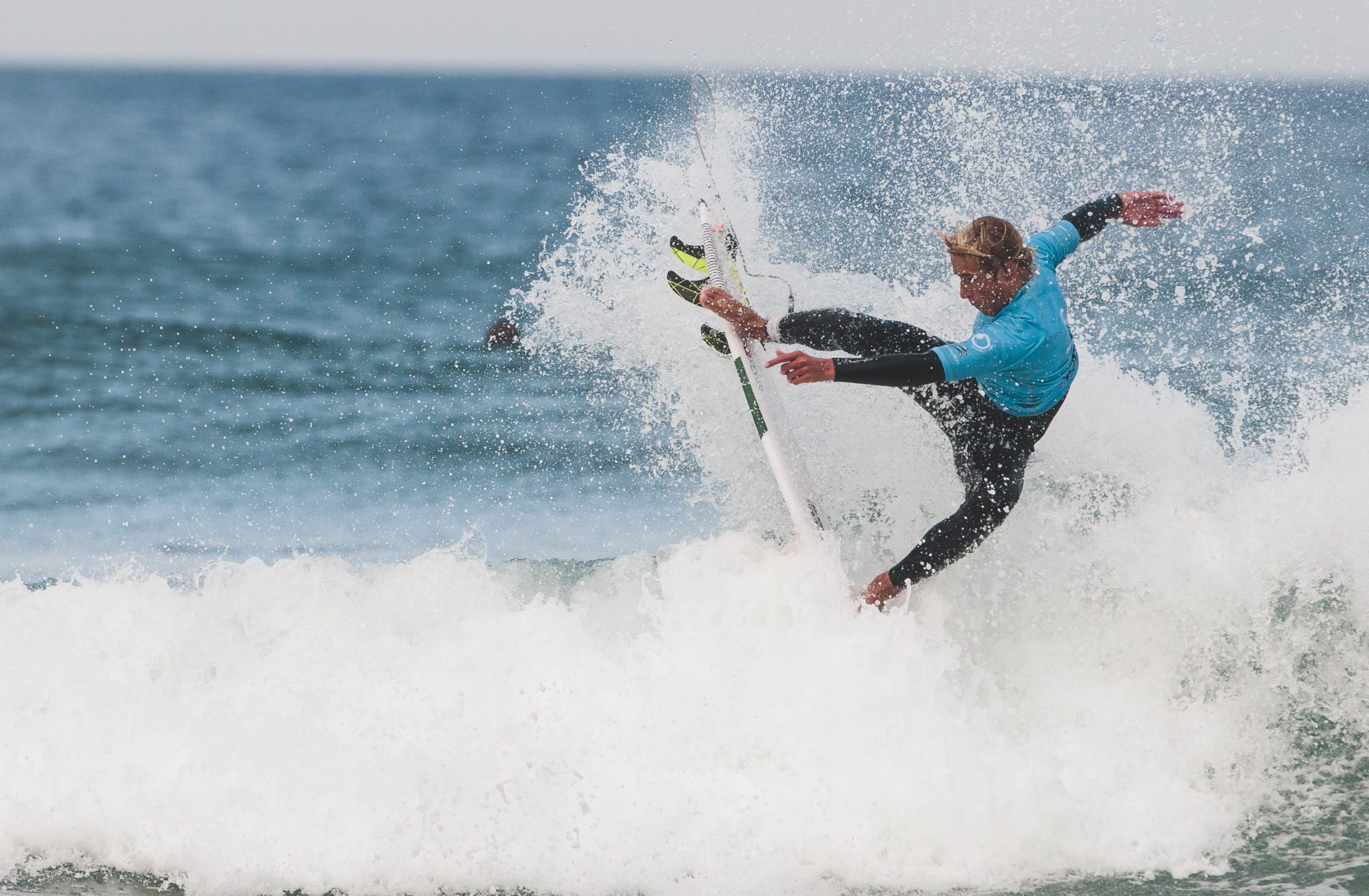 The Boys Under 12s division is particularly strong in numbers and the final did not disapoint. In the end it was Fynn Gillespie who’s powerful, consistent display stood out to all watching. “In the final the waves were really good and I was just trying to get some critical sections and make sure I completed my turns. Im stoked to have won this event.”

The overall title for the Under 14’s was up for grabs and was another nail biter with the lead changing hands many times. As a flurry of scores dropped in the last minute it was Lukas Skinner who took the win and the title.  “I was thinking in my head “please give me the score’ because I really wanted this win. It’s so good when we have good waves to compete in. This is a great event with all my friends here and everyone hanging around for the 2 days competing and surfing.” 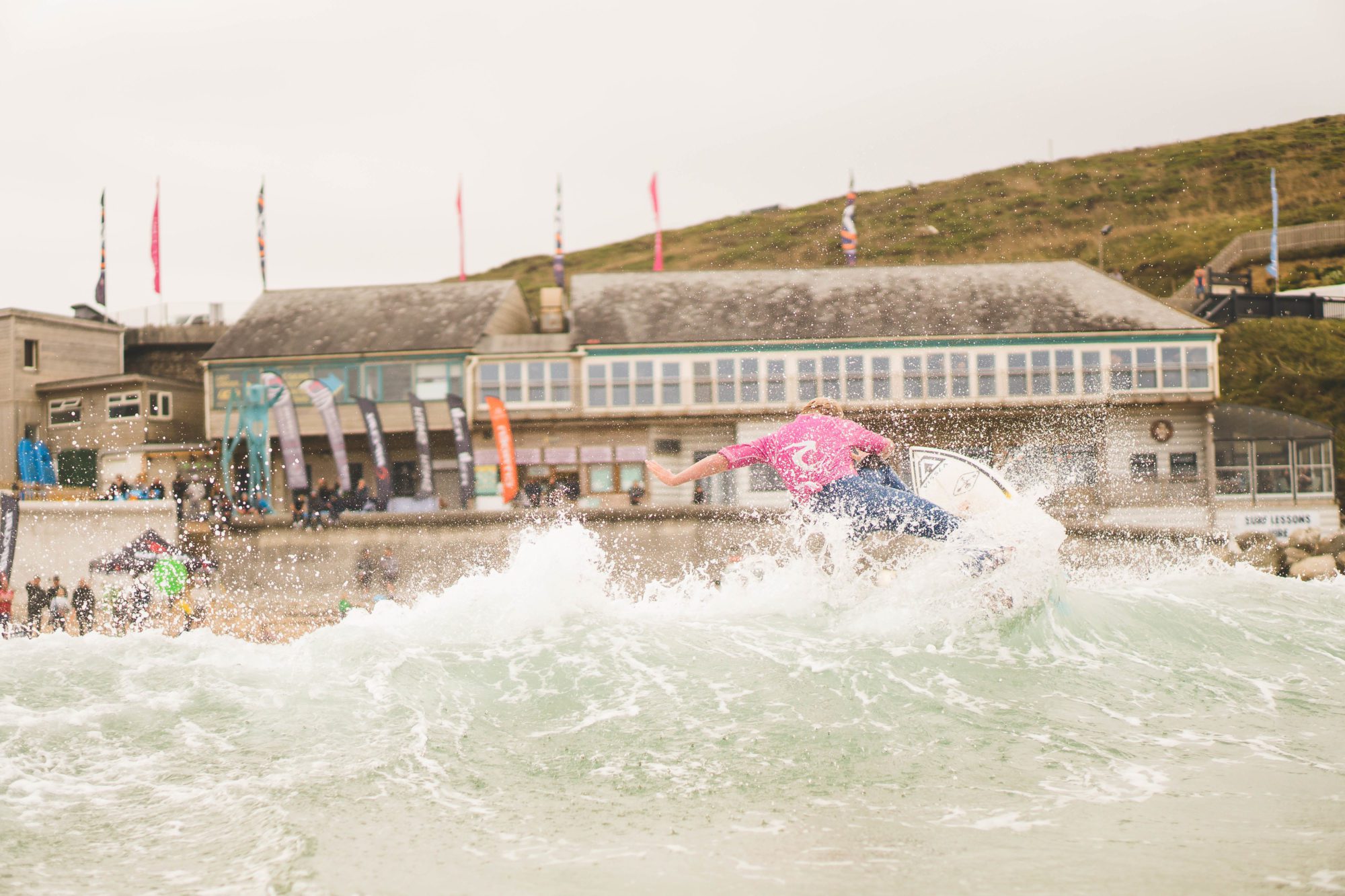 Alys Barton completed her dominance of junior girls surfing with another win here. She’s unbeaten in the Grom Search series and also now holds the U14 and U16’s overall title. With that 16s title comes the Golden Ticket to the Grom Search International Final to be held ‘somewhere’ later this year. “Somewhere tropical and nice for the International final would be fun. I loved this last event  – it was sunny, the waves were good and the the vibes around the site were great.” 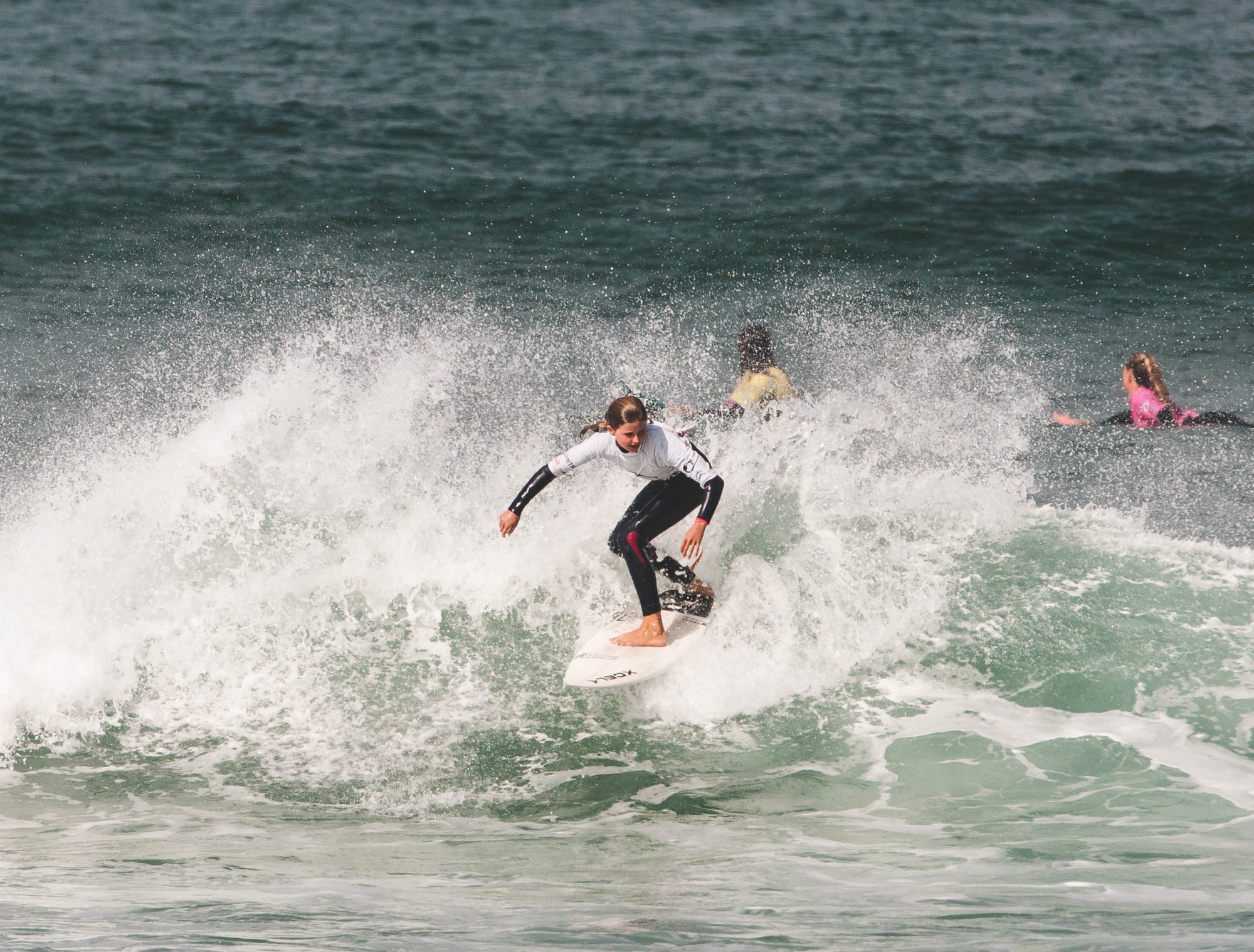 All eyes switched to the boys U16s final where both Travis Pearce and Will Masterman were in with a chance pf the overall title. In the end Stanley Norman was a deserved winner of the event.

“The waves were fun with a  bit of power and offshore. I was stoked to land that big reverse that got me the Move of the Event. And to win the final was really tough as both Travis and Will were competing really strong for the over-all title.” Stan Norman 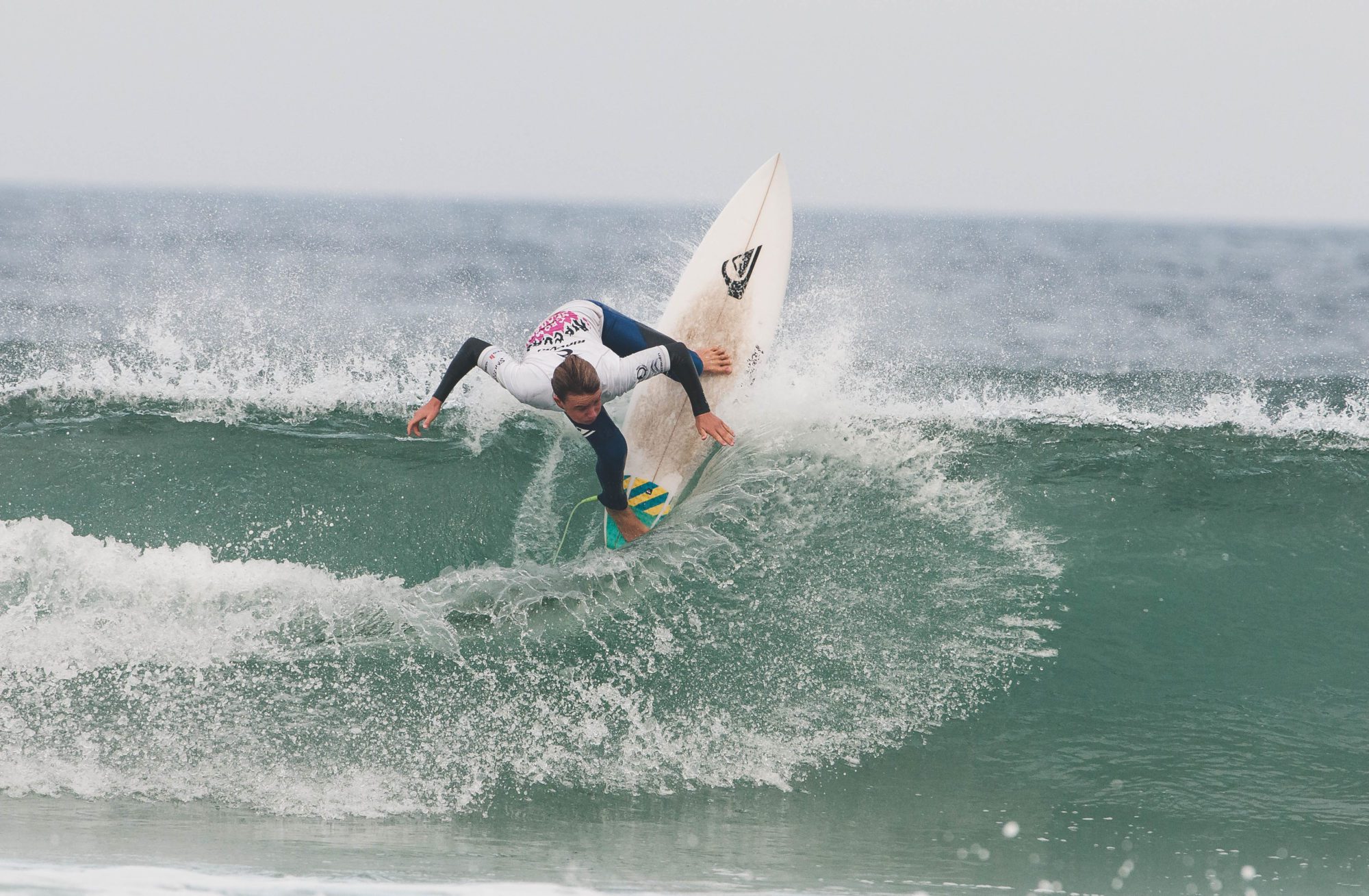 Stanley Norman won every heat on his way to U16 winner

“I dont think I have paddled so hard in my life.” said Will straight after the final. The waves were good but I was not thinking about that. I had 2 massive paddle battles against Stan and Travis. I was desperate to get the win or hold 2nd place. Ive been in France before this and thinking about this event coming up and that I really wanted to the title and that spot in the world final. I love this series as with other comps you are just surfing to win it. But with this series if you win the whole thing it leads to a much bigger prize and global event. From the start of the year I wanted this title and Im really happy to have won it. If I could choose where the International Final will be I would just say anywhere in boardies. And somewhere far away so I can get some more time off school. ha ha.” 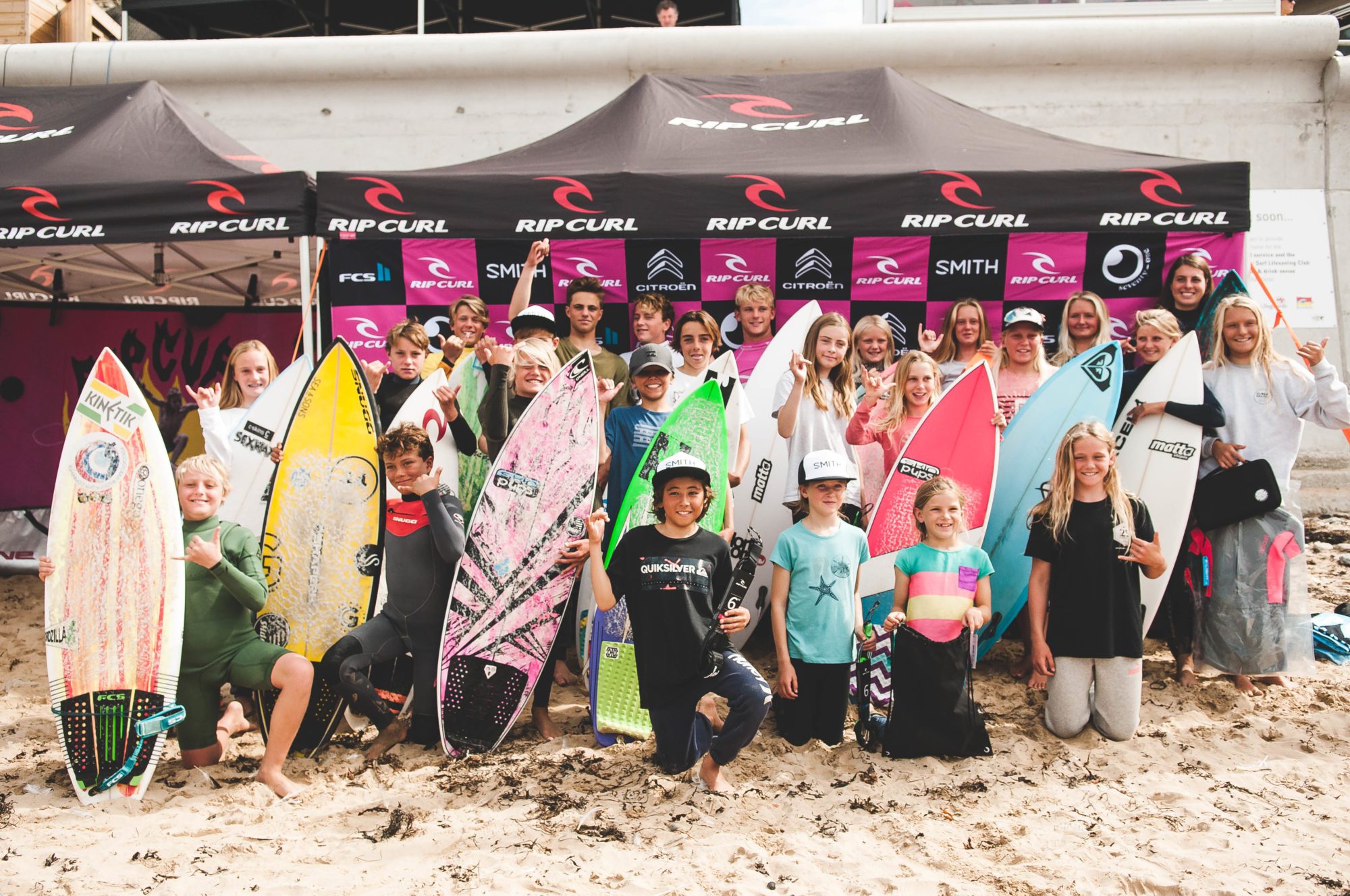 “This has been a great Rip Curl Grom Search series for us. We’re stoked to have added in the event in Jersey and to be able to finish in great waves with an excellent event set up and ran by Surfing England. The surfers performances went through the roof and Im proud we can send forward Alys and Will as worthy representatives for the upcoming International Final.” Joel Gray Rip Curl UK. 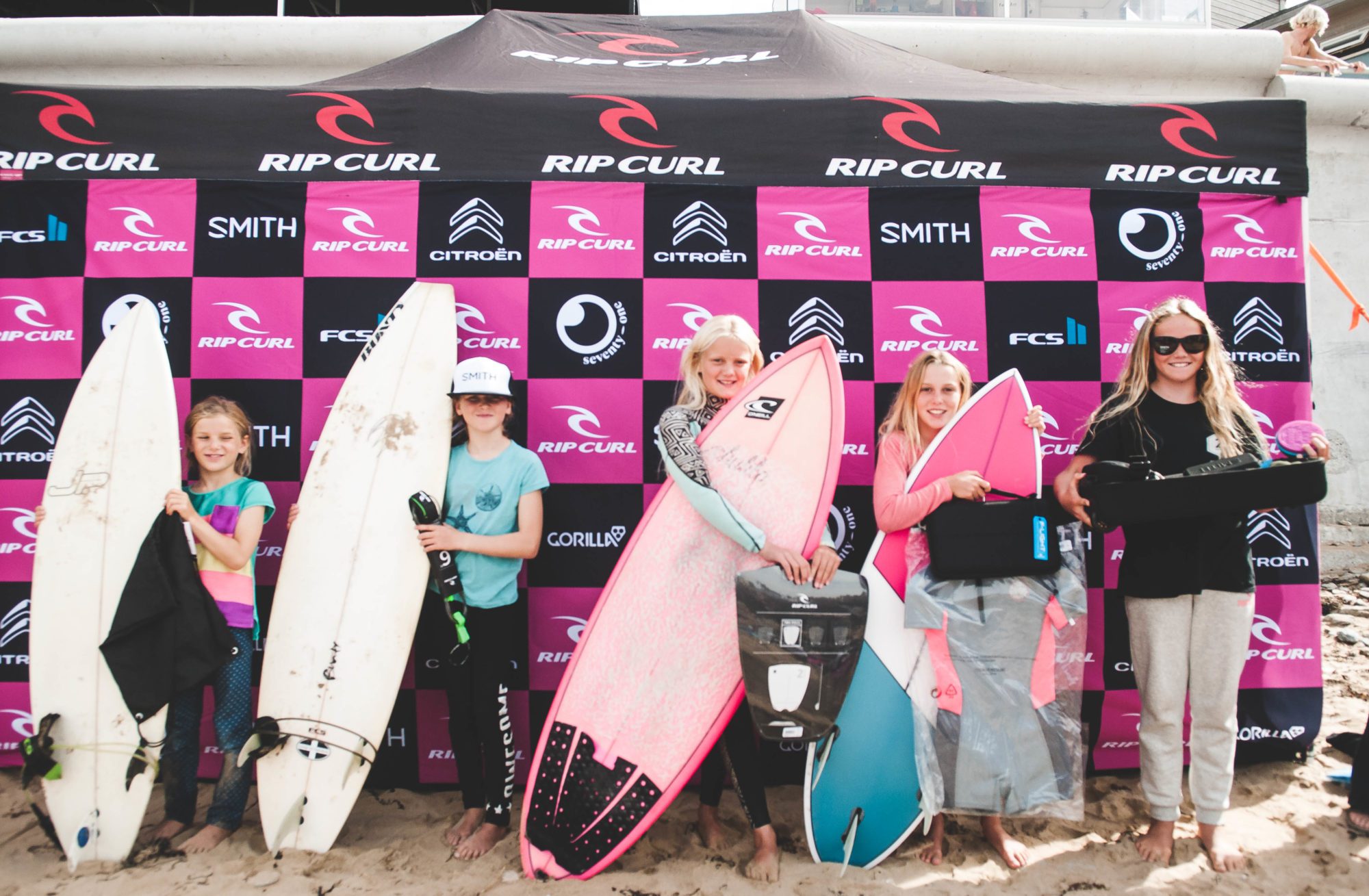 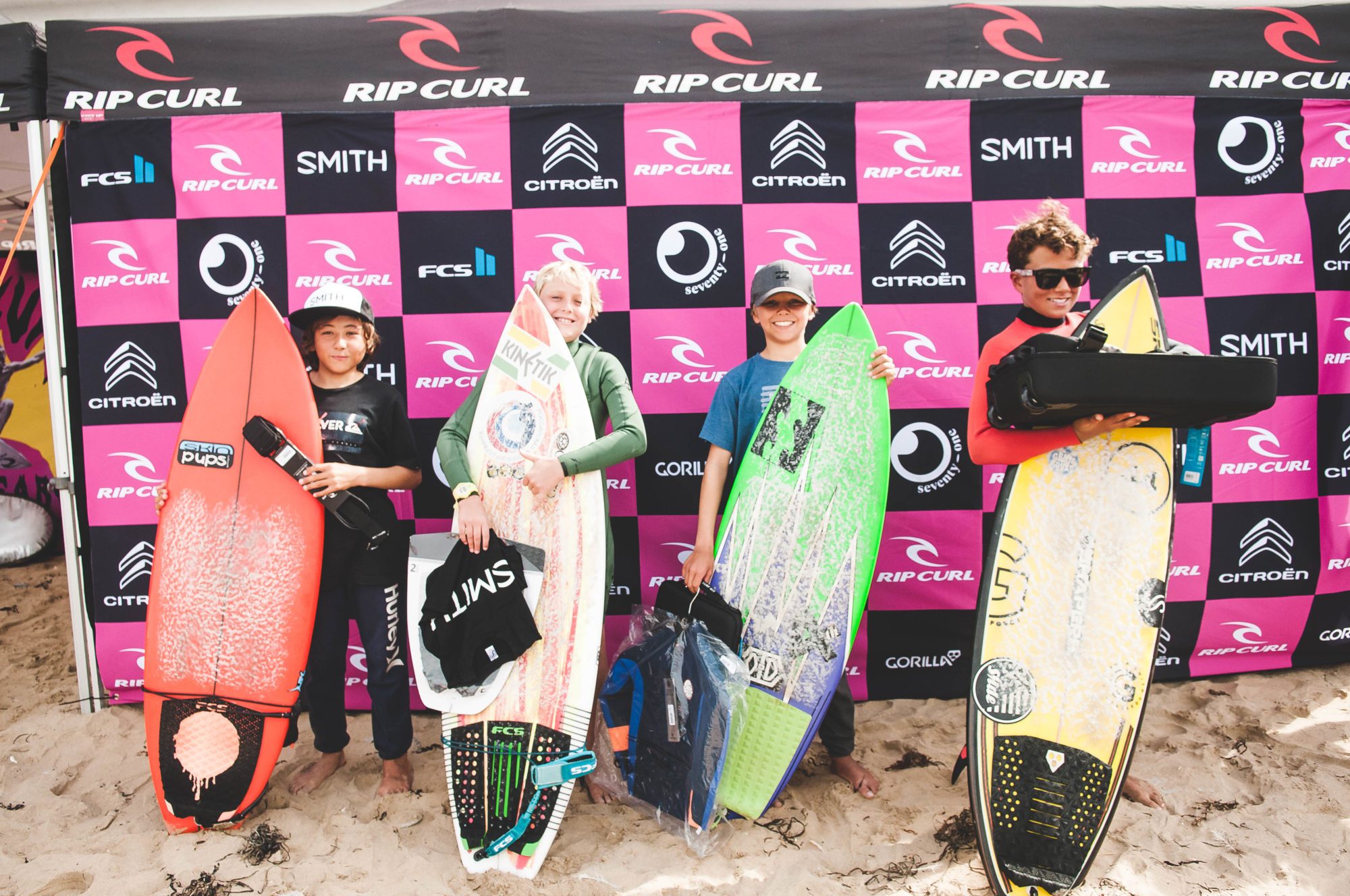 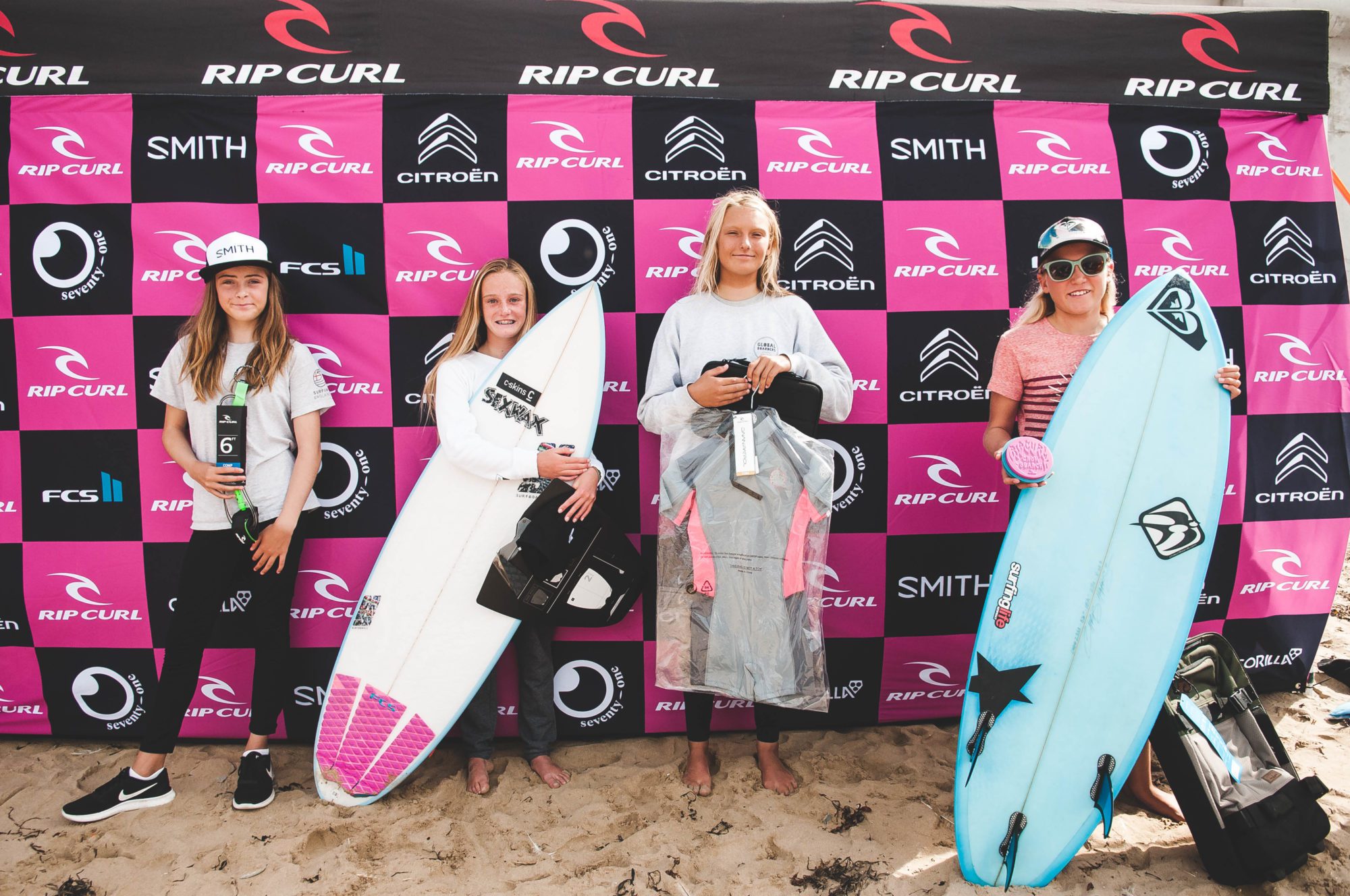 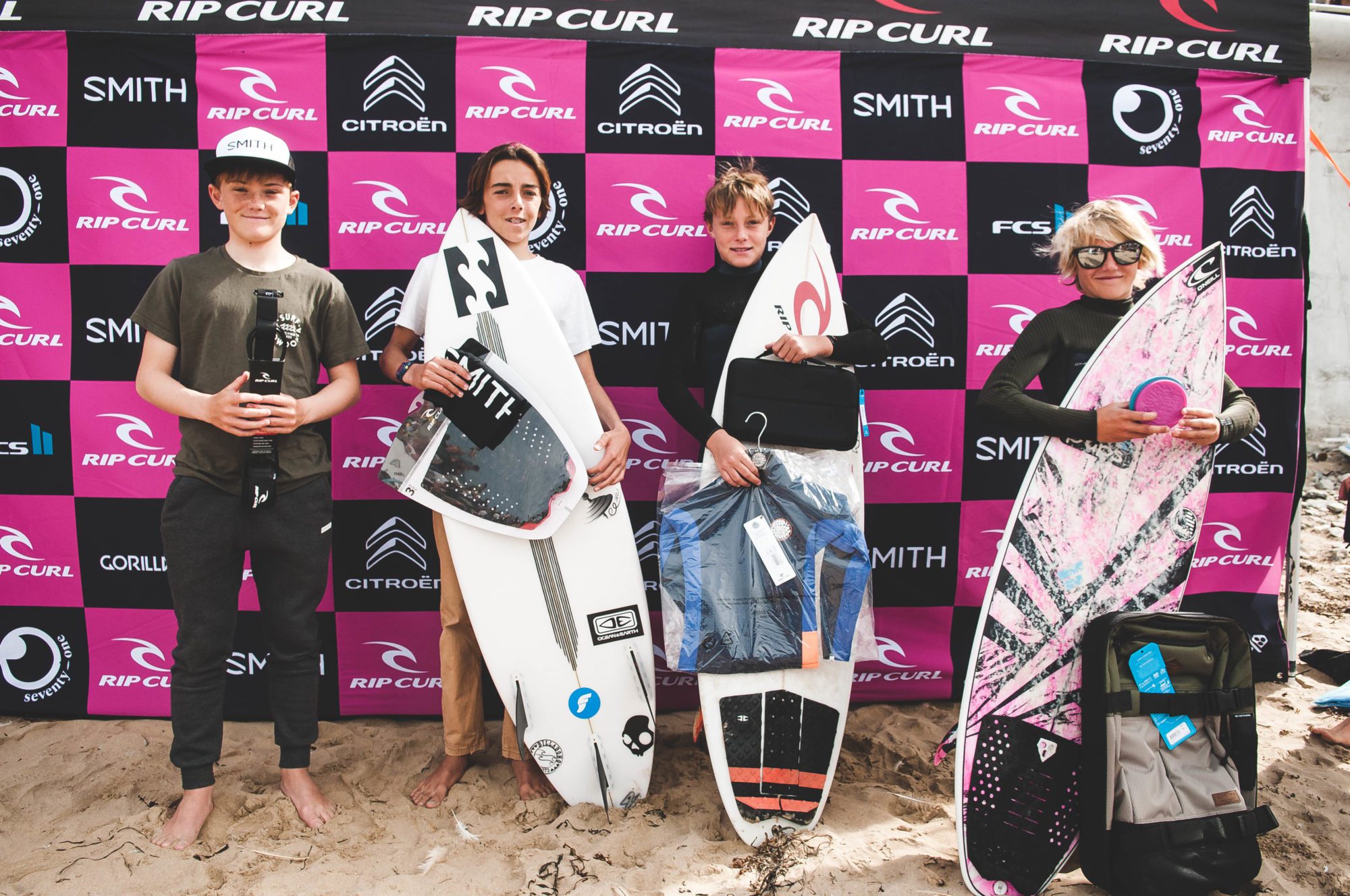 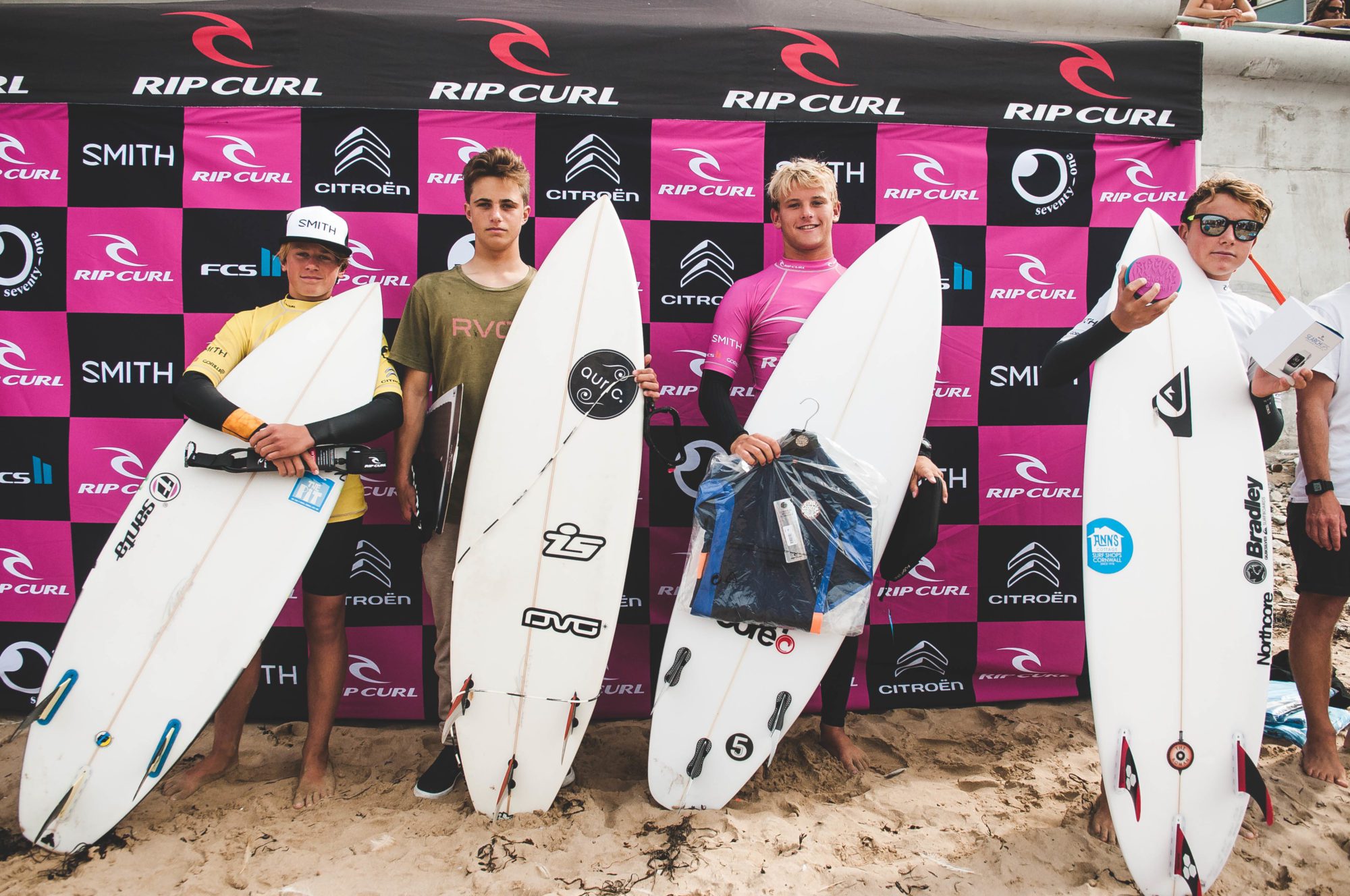 Alys Barton and Will Masterman 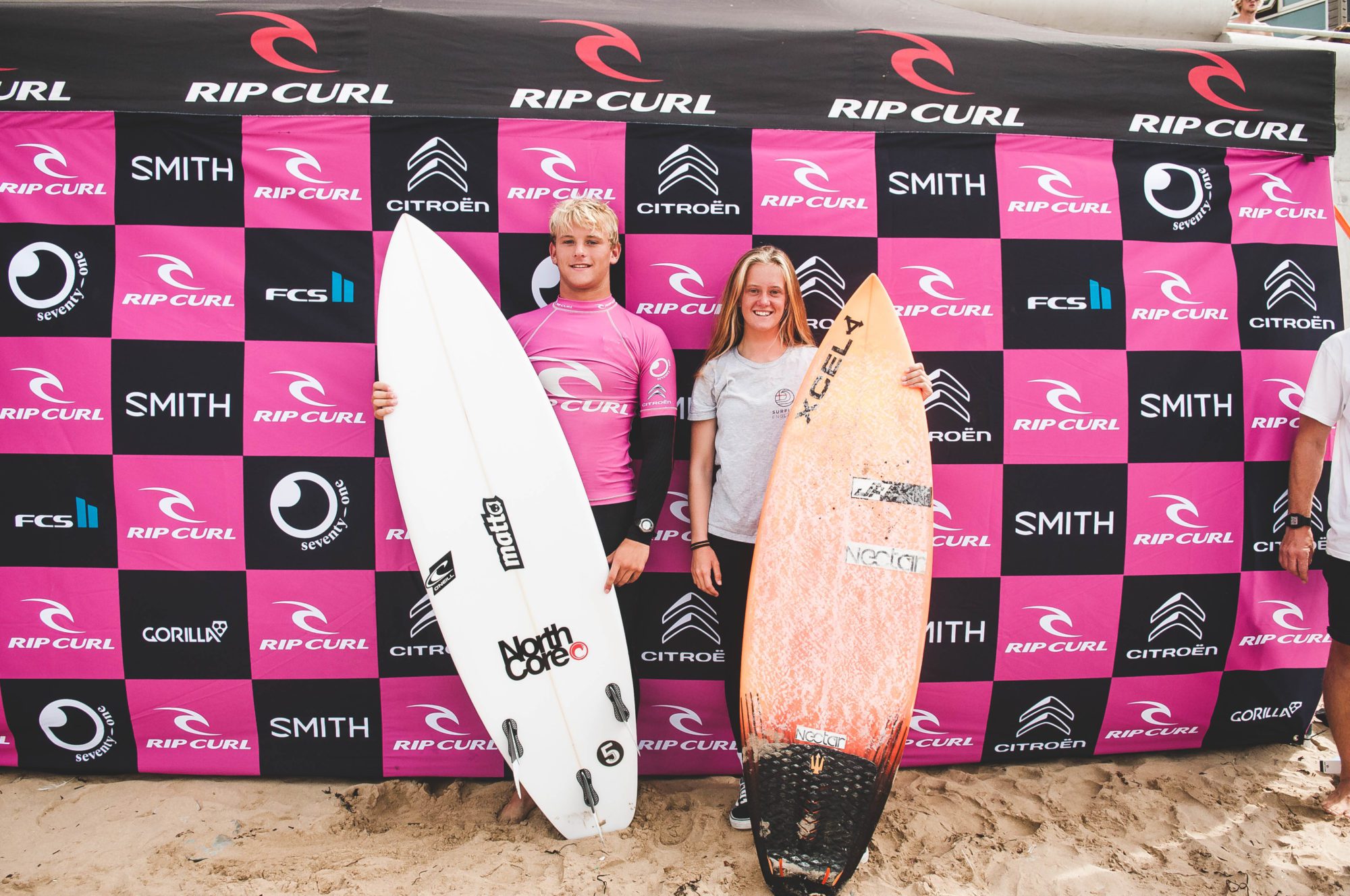 SMITH Move of the Event 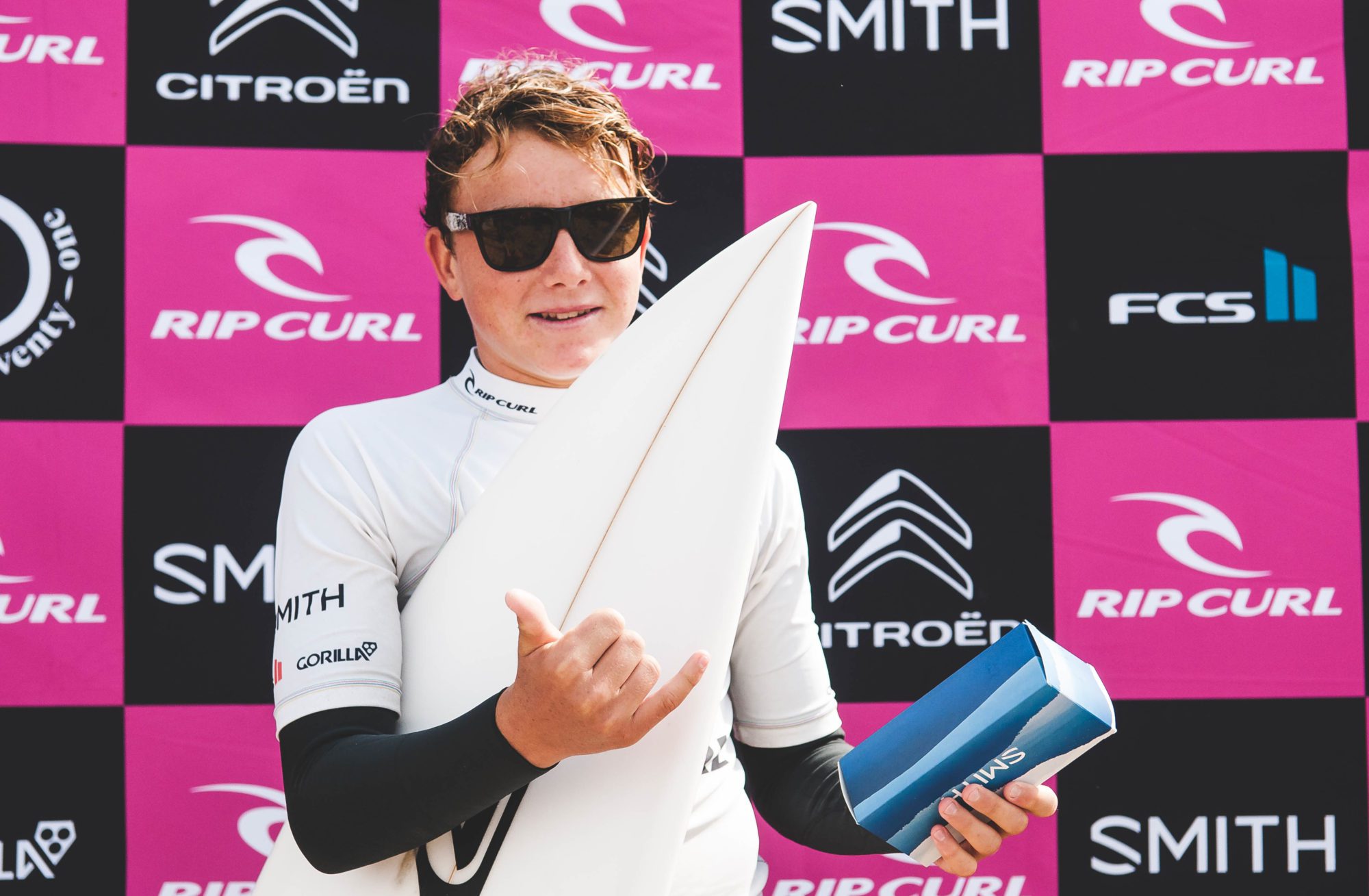 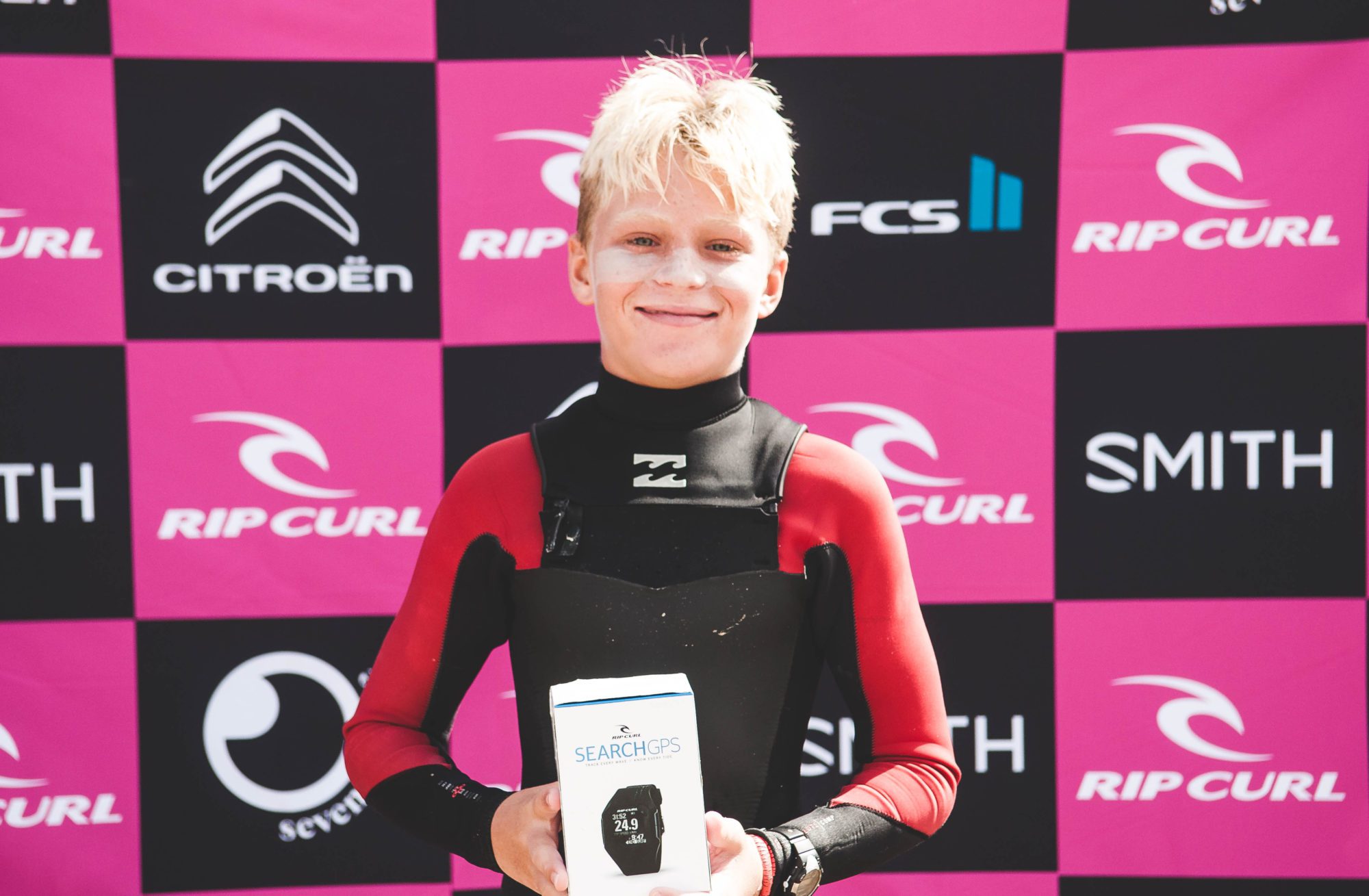