On the 17th Anniversary of this grass roots event, the North Devon Schools Surfing Championships hit the ground running in a mix of bright sunshine and small but perfect waves for the competitors.

On the opening day of the Goldcoast Oceanfest, six  local schools were represented by students all eager to compete and to showcase their talents in the water. Kicking off the event saw the Saltrock Boys Open take to the water. Setting the standard for others to follow was local ripper Malakai Hagley but it was The Ilfracombe Academy surfers that impressed, with both students Theo Bell and Alfie Drake taking the win in their respective heats. With the standard very high this year, it was evident that some of the coaching that these young aspiring athletes have been receiving. Leighton Fairbrother gave a great account of himself, but the experience of the Croyde and Woolacombe locals shone through to what became an exciting final to watch. Following a count back on scores for 2nd and 3rd, it was the progressive surfing expressed by Malakai that was too strong for the others as he was crowned the 2022 champion.

In the Nalu Beads Girls Open, it was a bit more clear cut, with Belle Betteridge and Elsie Burrows who dominated from the start. Despite the best efforts of the other competitors, the girls couldn’t quite get close enough to the high standards that these girls had set. Unsurprisingly, having just returned from a strong showing at the World Junior Games, Belle Betteridge demonstrated just why she is one of the best female surfers in her age category in the UK. 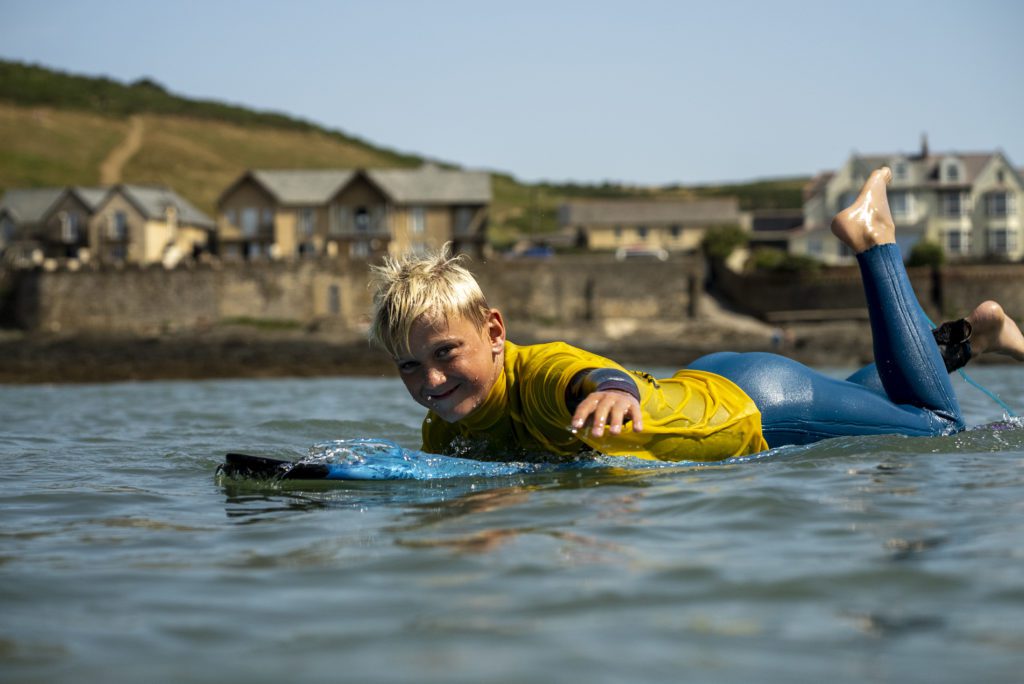 The competition ended with the Tag Team event, which is always the most popular at this inclusive and grass-roots event. Solid surfing from both Kingsley and Park schools impressed the spectators with cheers being heard at Down End. Despite valliant efforts from Bideford espeically, no one could top the efforts displayed by Braunton Academy’s surfers who dominated this year’s competition.

In addition to the normal surfing competition, environmental challenges were set by the team at Plastic Free North Devon and Protect Our Winters, with students pledges being made to one another. These pledges earning points towards the overall team score.

With the overall scores tallied up, it was Braunton Academy who retained the title of the North Devon Schools Surfing Champions for the fourth year in a row!

Overall, the event was deemed a fantastic success by contest director, Rob Whitney, who said: “This is such an important grass roots event for our young surfers in the area; many of whom were surfing in their very first surf competition. I’m extremely grateful for all the local support in putting on this event and making sure everyone had fun and were safe. I’d personally like to thank everyone at: Surfing England, The Ilfracombe Academy, Croyde Surf Club, Saltrock, Dryrobe, Nalu Beads, Plastic Free North Devon, RNLI, Goldcoast Oceanfest, the competitors and of course the teachers!”