We are stoked to introduce our new non-executive directors who have now joined the Surfing England board. Finance and Performance director roles were advertised in March, and we have now filled these roles with three very experienced candidates.

Applicants to the role were of very high quality, resulting in Surfing England appointing two new directors within the performance role, Kate Eddy and Paul Ratcliffe. Ricardo Oliveira has been appointed for the finance director role. Kate Eddy works for British Sailing as Head of Performance Support. This has followed on from Kate’s successful career in UK high performance sport, supporting athletes through seven Olympic games cycles. Kate started as a strength and conditioning coach working across various different sports, including beach volleyball, judo and bobsleigh. She then moved onto working in leadership positions amongst sports science and sports medicine and has worked as Head of Performance support for Archery GB and Performance Manager and Team Leader for Wheelchair Fencing. Kate is a keen surfer and has also played hockey and rugby at a national level, as well as coaching semi-professionally. 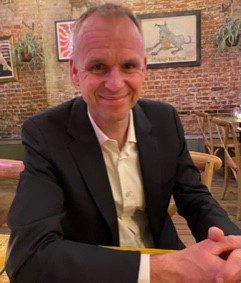 Paul Ratcliffe has been with British canoeing for over 17 years. Starting his career as an athlete, Paul was the first ever British athlete to win an Olympic Medal at the Sydney Games. After his retirement, Paul followed his success by moving into coaching, taking care of the podium potential programme in canoe slalom. He was also a key figure involved in building the Lee Valley White Water centre and was instrumental in preparing canoeing for the London 2012 Olympic Games. In 2013, Paul was appointed the head coach role for the slalom podium programme and then he went on to become the Performance Director for British Canoeing in 2017, stepping down from this role last year. 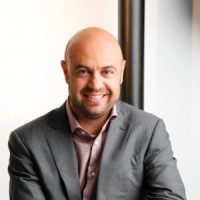 Our new Finance Director is Ricardo Oliveira. Ricardo has worked in finance and strategy for over 20 years, directing international corporations and currently resumes the role of Finance Director at Energizer Holdings. Ricardo’s passion for surfing and his strong affinity to the sea led him to apply for this key board director role. Also an avid traveller, throughout his career, Ricardo has lived in 8 different countries: Indonesia, Japan and Norway to name a few. Ricardo was born in Lisbon, and now lives in Farnham with his partner, his 9 month old twin girls and his best friend, the family dog.

We look forward to working with Kate, Paul and Ricardo over the coming months!

To support Surfing England & everything we do, join our community by signing  up to Membership today. It’s only £18-25/year and your funds support the delivery of programs.

Who wants to join us? memberships.surfingengland.org