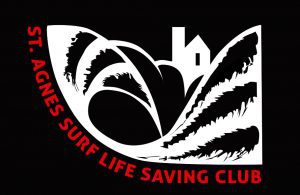 Founded 1954. Second oldest Surf Life Saving Club in the UK after Bude. In 1955 the National Governing Body of Surf Lifesaving (SLSA of GB) was founded in the village. In 1959 Cyril Hicks created the Hicks Reel. In the 60's Members of the St. Agnes Club were appointed to the position of examiner by the Association after lengthy qualifying procedures. Peter Boeck, Cyril Hicks, Dave Docking and Maxwell Hocking all worked long and hard for Surf Lifesaving and we were very proud when Pete became Chief Examiner.

In 2016 we were instrumental in putting patrols back on the beach when the RNLI are not operating. This has now been taken up by SLS GB and it has started to get other clubs to do the same. We are now one of the largest clubs in the UK with 420 members. Our Junior section alone has 54  members with a high percentage carrying on to get The Surf Lifeguard award.