Surfing England has extended its partnership with korev lager for a further three years, maintaining its prime position as the organisation’s official beer.

The new agreement with one of St Austell Brewery’s flagship brands, builds upon a relationship that has thrived since the not-for-profit membership organisation first launched in 2014. korev will continue to support Surfing England in its commitment to further develop the professional sport, while serving as headline sponsor of the 2021 korev lager English Interclub Surfing Championships and supporting other events throughout the year including the 2021 English Adaptive Surfing Open at The Wave in Bristol. 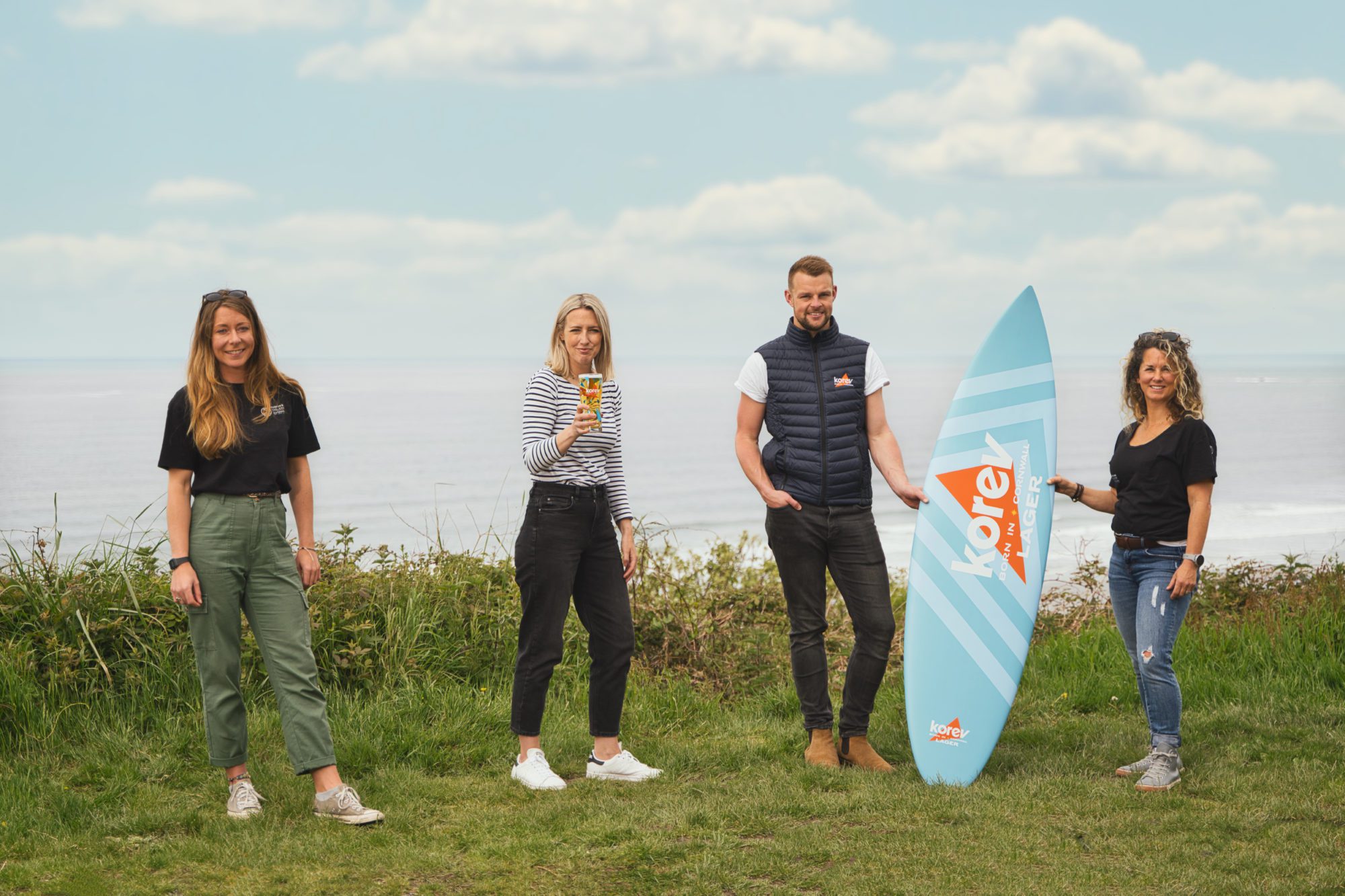 Surfing England – the National Governing Body for the Sport of Surfing in England – is run by surfers, and supports surf coaches, surf clubs, and surf schools nationwide. The korev brand has long been associated with the sport and is a proud sponsor of Lucy Campbell, a professional surfing champion – from the West Country – who competes in competitions worldwide.

Laura McKay, Head of Marketing for St Austell Brewery’s Beers & Brands said: “We’re excited to be renewing our relationship with Surfing England, an organisation that shares such similar values to us, and a perfect match for korev’s adventurous spirit. Born in Cornwall over 10 years ago, korev has always been 100% inspired by our home county and our connection to the coast.

“Over the past eight years, it’s been a pleasure to witness Surfing England’s dedication to developing the sport, particularly at a grass roots and local club level. We’re proud that we can continue to play our own small role in supporting surfing’s growth in the years ahead, and as the sport builds towards its Olympic debut this summer.

“We can’t wait to support all of the upcoming competitions and make the most of every opportunity to showcase our new look korev branding, which we’re really proud of.”

Ben Powis, CEO, Surfing England said: “We are delighted to announce the renewal of our long-standing relationship with korev and the team at St Austell Brewery. Having trusted partners who genuinely care about our wonderful sport is vital. It’s such an exciting time for surfing and we’re very much looking forward to what the next three years brings.”

Brewed in the Helles style – with classic hops including Magnum, Hersbrucker and Saaz – korev (4.8%) is inspired by the shores and is as cool and crisp as a coastal breeze. The lager has recently unveiled a vibrant new rebrand – inspired by its Cornish roots – which is due to hit pubs, bars and supermarket shelves from the end of this month. The brand is set to be unveiling more sponsorships in the months ahead, and championing important causes to protect the environment and British coastline.

The company owns over 180 pubs, inns, and hotels across the West Country – including managed houses and tenancies – and is the leading wholesale distributor of beers, ciders, minerals, wines, and spirits in the region.