This past weekend has seen the awakening of the ocean that autumn so promises to bring, as the Atlantic comes to life and spawns new swells welcomed by England’s rugged coast.

A community lay in wait for these swells, a group of surfers united in representation of their surf clubs, at an event where rivalries clash in the sea, and friendships flourish on the sand.

The history books will show this as the inaugural English Interclub Surfing Championships, and the stories of it will tell of pumping surf and ever unpredictable Mother Nature.

The event drew 166 surf club surfers from around England, not just coastal power houses, but the inner city dwellers of Bristol and the armed forces of Navy, Marines and Army.

As day one began the swell filled into Fistral Beach in Newquay, known to some as the home of British surfing, the winds turned and blew out to sea, grooming the faces like the early morning piste runner and readying the waves for the surfers to embrace.

Juniors took to it first, followed by the women, followed by the open divisions, all surfers using their wave selections and wave riding skills to maximise their scoring potentials in the twenty minute heats. It’s a team effort as they know, with ten points for winning your heat and 4 point for finishing fourth, the accumulation of points was the name of the game and some played it better than others. 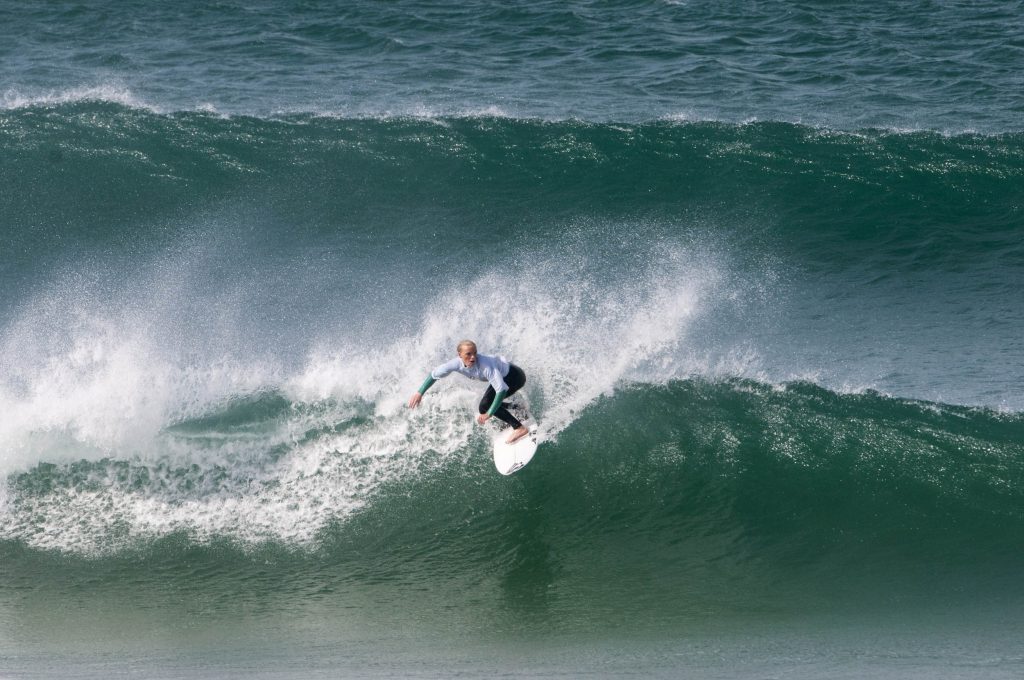 Come the end of day one the hosts, Newquay Boardriders, held a deserved lead over the trailing field and attention turned to the Korev Beach Flags. A hybrid of surf lifesavings beach flags event, only our favourite Cornish lager replaces the flags and surfers run in search of korev glory. Croyde’s Cory Lawson beat the field of 10 and took the win and a stack of beers for his team mates, much to their delight.

The word ‘’hype” could be used to describe the days leading to Sunday, as a new swell was tracked heading straight for Cornwall, the promise of amazing surf was real, but mother nature had some tricks up her sleeve. 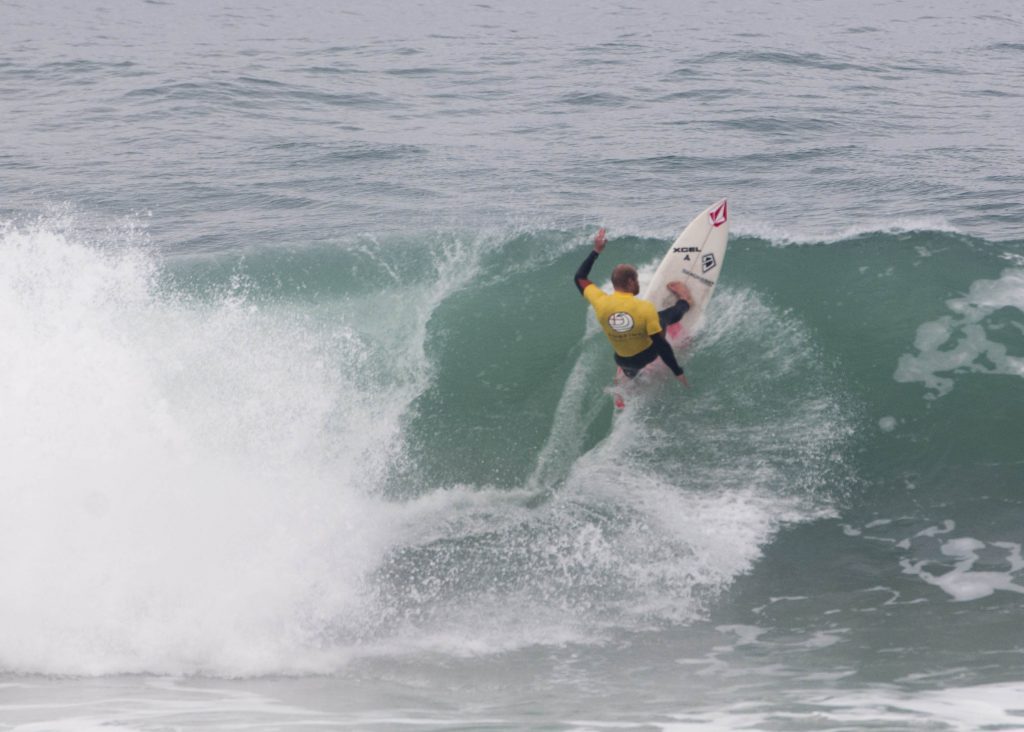 The swell did arrive as planned, strong, un-sympathetic and stacked to the horizon, the swell lines met the shore and the waves feathered in the light offshore winds as 6-8ft faces broke across the bay. The Juniors were held at the beach for safety reasons and those women that wished to do so took the opportunity and dived straight in and scored near perfect waves. Next up was the open division, peppered with an array of professionals and amateurs the surfing was electric and all stepped up to the mark in the big seas. So just as the finishing line was in sight, mother nature dealt her final and defiant hand, sea fog. No predictions could account for this as the beach was consumed by the fog. Contest officials took to direct calls with the local airport to work out the extent of the fog, the message was clear ‘it’s in for a while’, damn. As the rule books were scoured and the options reviewed, the team managers made their call and all final 6 heats were equally distributed with points for the teams. Much to many delight as the sea increased its aggression and broken boards began to return to the beach.

Presentations came and went, with celebration and rejoice for those learning their finals positions, providing solace for some, disappointment for others and rejoice for Newquay B team in the juniors, Woolacmbe in the Women’s and Newquay in the Open, leading to Newquay lifting the overall interclub titles.

Attention then turned to the Northern corner of the beach, which had come to life, the huge swells hitting the reef and the break known as Cribbar began to break with the local big wave riders charging down the 15-20ft waves in front of the cliffs which held the supporting crowds. A fitting end to an incredible two days.

Thank you to the clubs, the surfers, the sponsors, the staff and the supporters for a memorable few days. We wish all a wave filled Autumn. 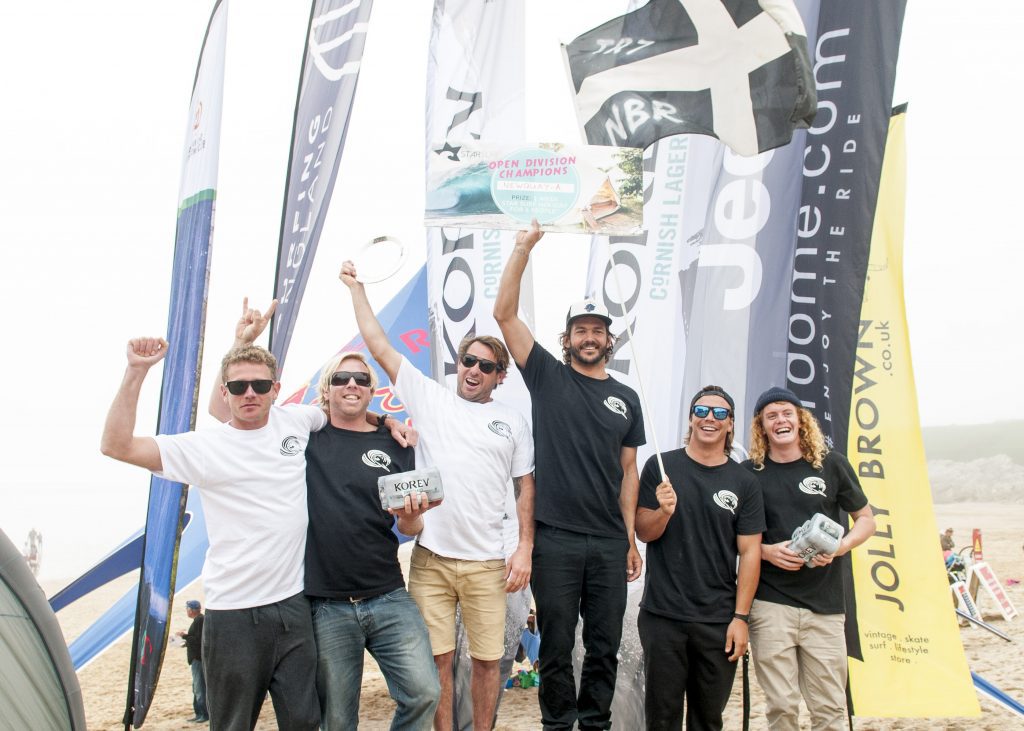 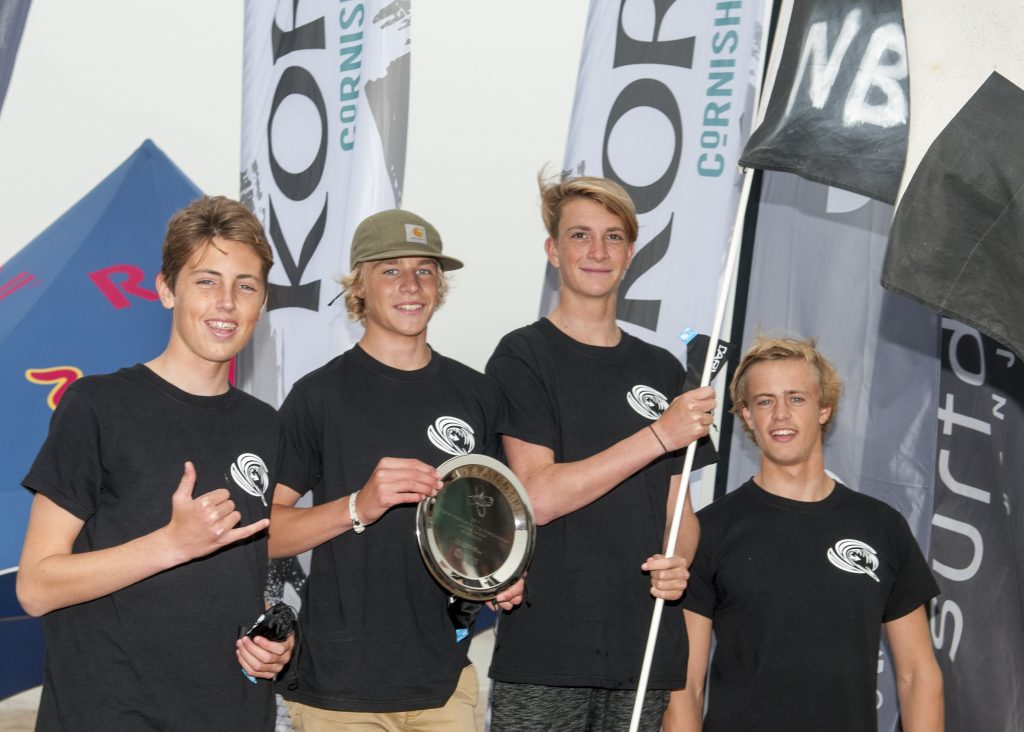 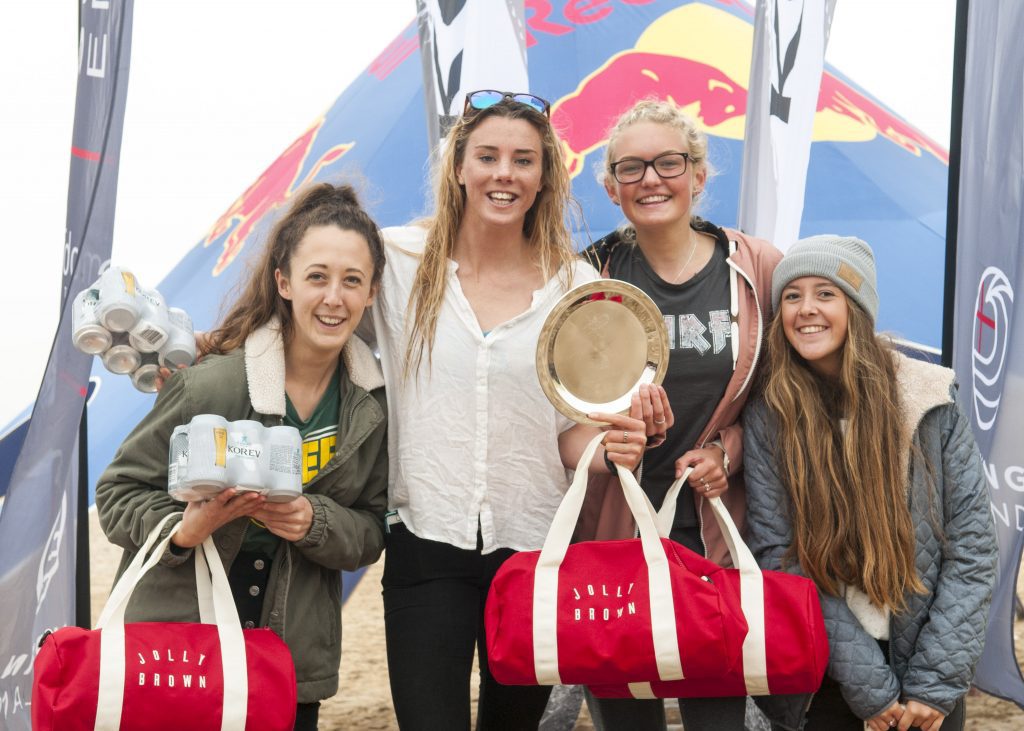 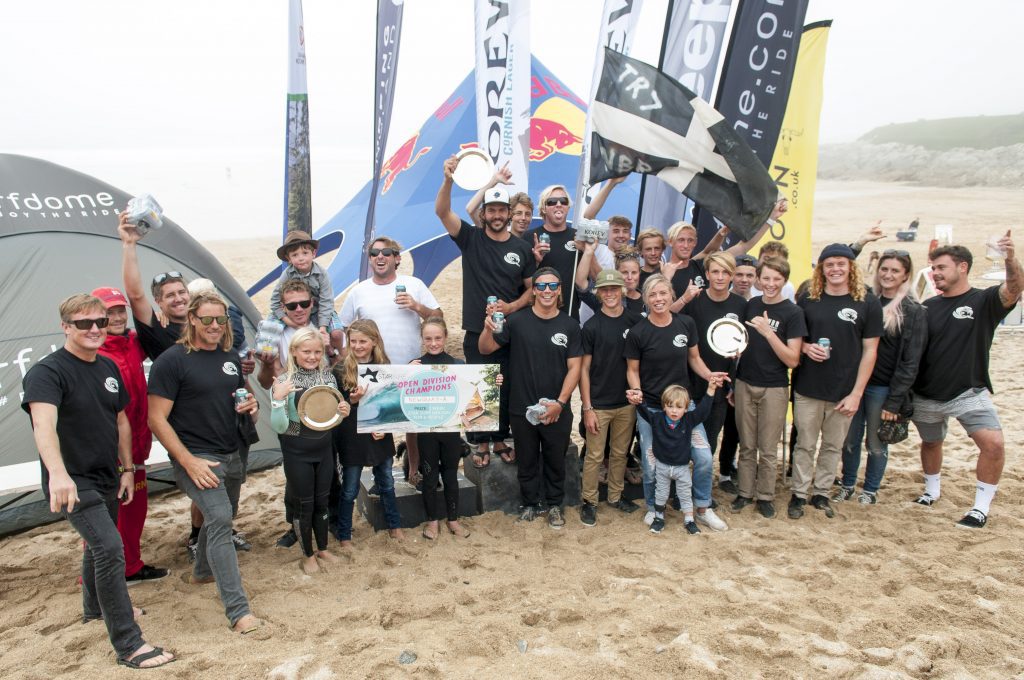