The elite of English surfing descended upon the blue ocean and expansive sands of Watergate Bay in Cornwall over this last bank holiday. With 170+ entries across 19 divisions, from 8 years old to mid 50’s, shortboard to longboard, the event had it all and the forecast was delivering the goods! With a consistent swell predicted to extend throughout the event, light winds and sunshine, could this be to good to be true? Well, it’s England, so yes of course it was, so as the thick sea fog engulfed the coastlines the competition began and the surfers rose to the challenge.

Competition was fierce throughout day one and day two as twin peaks ran simultaneously to give the surfers their 20 minutes to shine amongst the fog, with half of each heat progressing and half exiting. Days were made and dreams were shattered as surfers competed to make their respective finals in search of the coveted English champion titles. Event partners provided the relaxed competition areas with DJ’s for entertainment, sponsors on hand to engage and enjoy the company of the friendly surfers and deck chairs for the bank holiday vibes. The event also gave an annual opportunity for our community and members to come together and engage with Surfing England and enjoy the opportunities we bring to celebrate our sport. 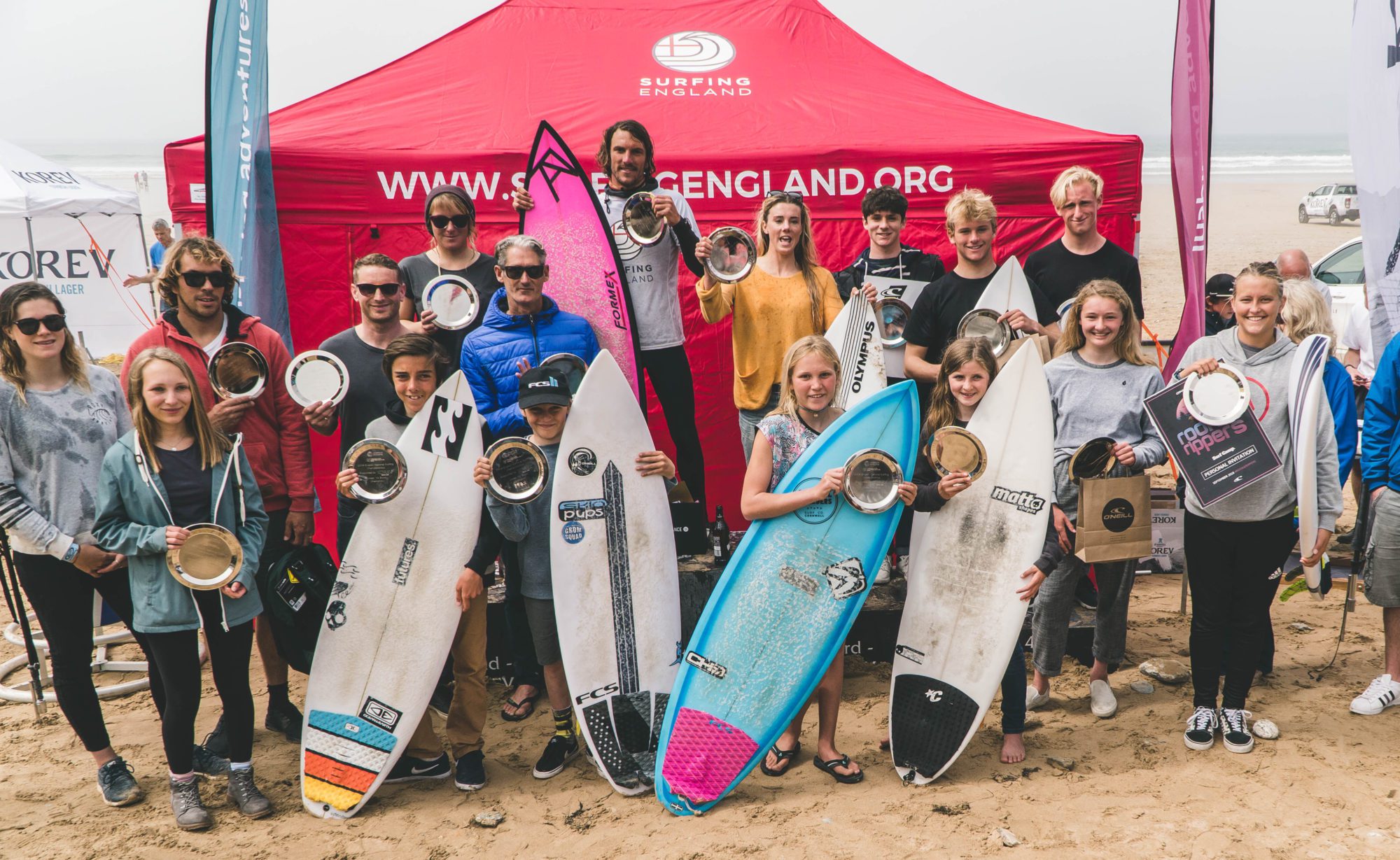 Finals day was just like any good swell, it built and delivered, as each division took to the water and put their skills to work, navigating the sea, exploring the line up and laying down their best manoeuvres in the 3-4ft high tide pealing waves of Cornwall. Then before long the premiere women’s division open surfers took to the water and Lucy Campbell fought off her competitors to retain her title. The men’s open final was described by some after as one of the most progressive, high quality and electrifying finals to come out of England in decades, and sure most on the beach would agree. As Reubyn Ash took to the air, Will Bailey power hacked, Luke Dillon chucked buckets and Miles Lee-Hargreaves rotated above the lip to the joy of all watching, the judges had non stop action to officiate over and in the end Reubyn took the win to retain his champion title.

Surfing England would like to thank all who came, all who surfed, the staff and officials, the sponsors and the supporters, for being a part of a joyous event to remember.

Under 12 Boys sponsored by 110% Surfing Techniques

Under 12 Girls sponsored by 110% Surfing Techniques

Boys Longboard Under 18 sponsored by Gul

Girls Longboard Under 18 sponsored by Gul

Under 16 Girls sponsored by O’neill

Under 16 Boys sponsored by O’neill

Under 18 Girls sponsored by O’neill

Under 18 Boys sponsored by O’neill