The start of 2017 saw the top surfers in England over four divisions (U16 / U18 boys and girls) selected as part on the English Junior Development Squad. The squad was made up of surfers based in Cornwall, Devon, Wales, Jersey, Bali, Canary Islands, Mexico, Australia, British Virgin Islands and South Africa. Each squad member was driven and committed to gain selection for the travelling team of twelve, to represent England at the 2017 ISA  VISSLA World Surfing Championships held in Japan.

The competition takes place in Hyuga, Japan from the 23rd September – 01st of October. The competition is considered the Olympics of junior surfing and will attract all the best junior surfers from all over the world and will be lived streamed on www.isasurf.org 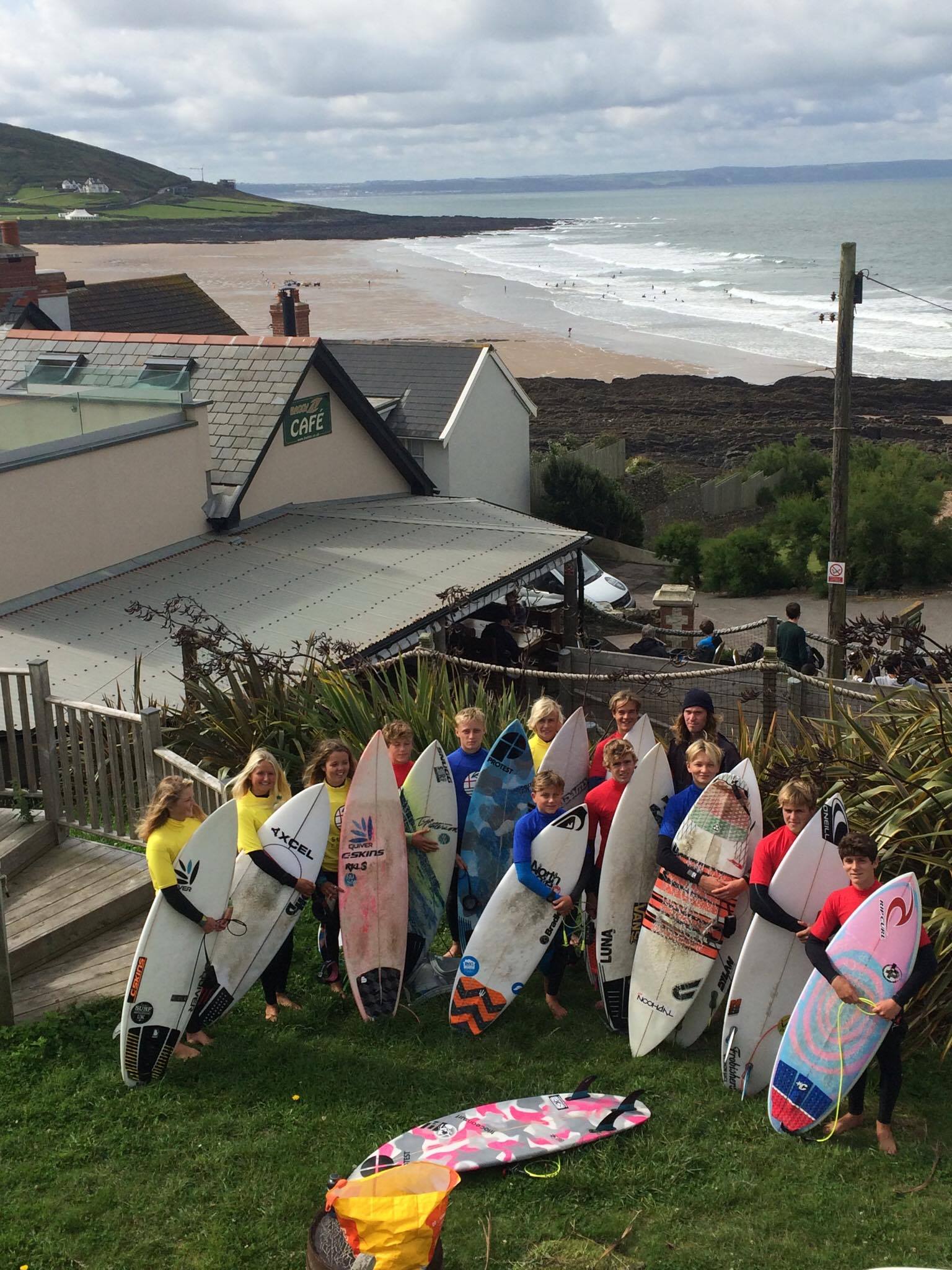 The management team for the 2017 campaign have been hugely impressed by each squad members commitment to both training camps and competitions, UK and internationally. We feel that all athletes have made noticeable improvements both in and out of the water, whilst gaining vital knowledge from the trained professionals involved in the 2017 programme. 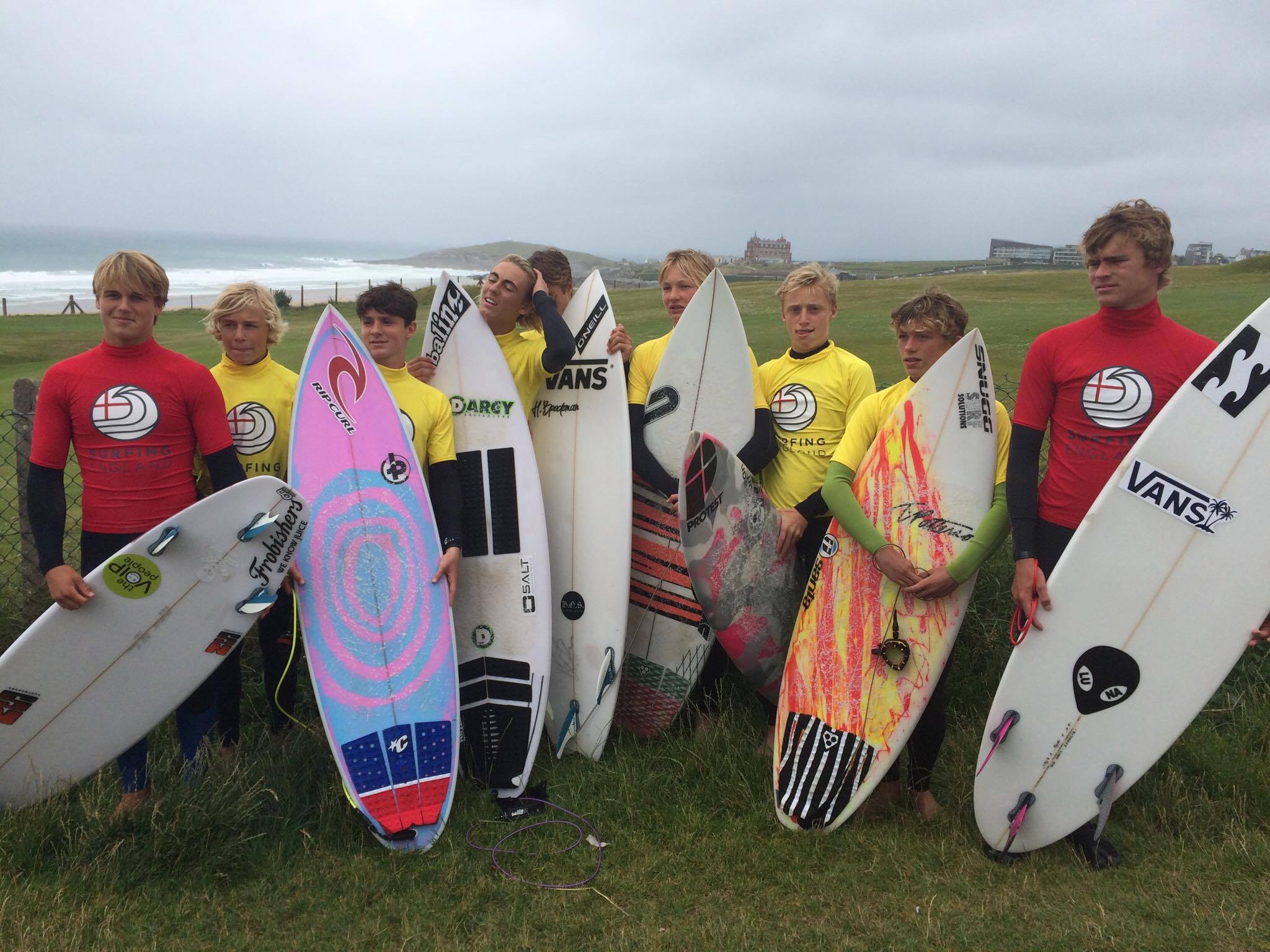 The selection process for the 2017 ISA  VISSLA World Surfing Championships has been highly competitive, both for the surfers based in England and the English surfers based internationally. The selection committee has taken into consideration the athletes performances nationally and internationally at competitions. They have in addition to this, analysed performances in different fitness tests, training sessions and heat drills at the two training camps. The selection committee has also taken into consideration an athlete non-surfing traits as part of selection in 2017, thus highlighting the importance of team harmony and cohesion when travelling to the ISA VISSLA  World Surfing Championships. 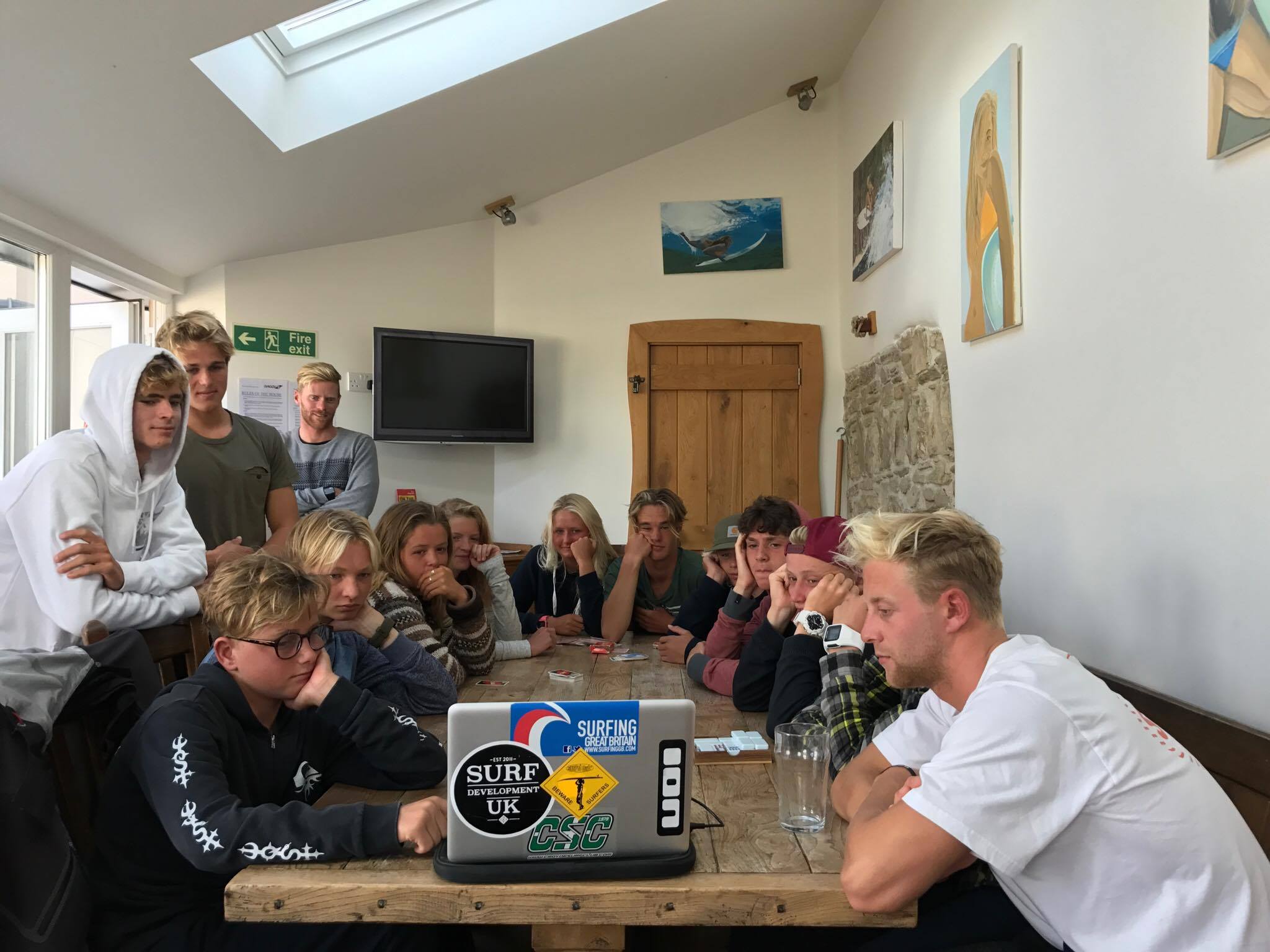 The four-squad development camps were held between May and August.

The first camp was held in Newquay, Cornwall 12th – 14th May, appreciations must be passed onto the team at Ocean Lodge Newquay for accommodating and feeding the squad during this trip.

The second of the squad development camps was held in Gwithian, Cornwall 09th – 11th June. Big thanks must go to the teams at Gwithian Farm Campsite & Sunset Surf Cafe, for all their efforts in accommodating the group and providing everything the group required throughout the weekend.

The third and fourth camps were high intensity single day camps held on Saturday 08th July (Bude) and Saturday 05th August (Croyde) with big thanks going to the team at Baggies Surf Lodge for their kind hospitality. 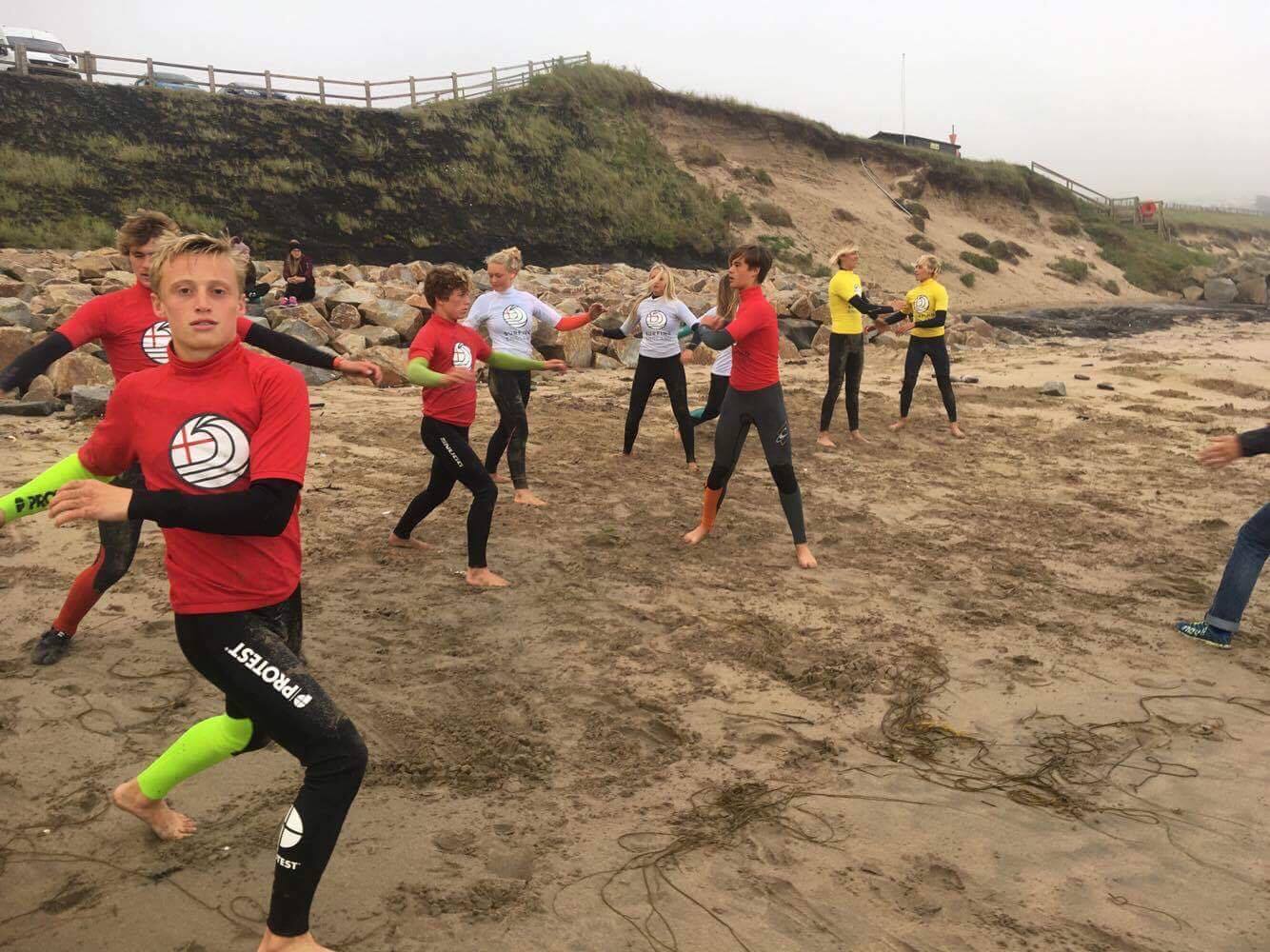 Therefore the 2017 campaign selection committee, taking into consideration the four training camps and relevant competition results are proud to announce the following squad members have been selected to represent England at the upcoming ISA World Surfing Championship.

Congratulations must go to the selected twelve surfers who are extremely proud and honored to represent England at the ISA  VISSLA World Surfing Championships in 2017. The team will now be upping their training to ensure that England achieves it’s highest ever placing at the event.

Training will be ongoing with all squad members to ensure selection for future international competitions will be as competitive as the ISA World Championship in 2017. 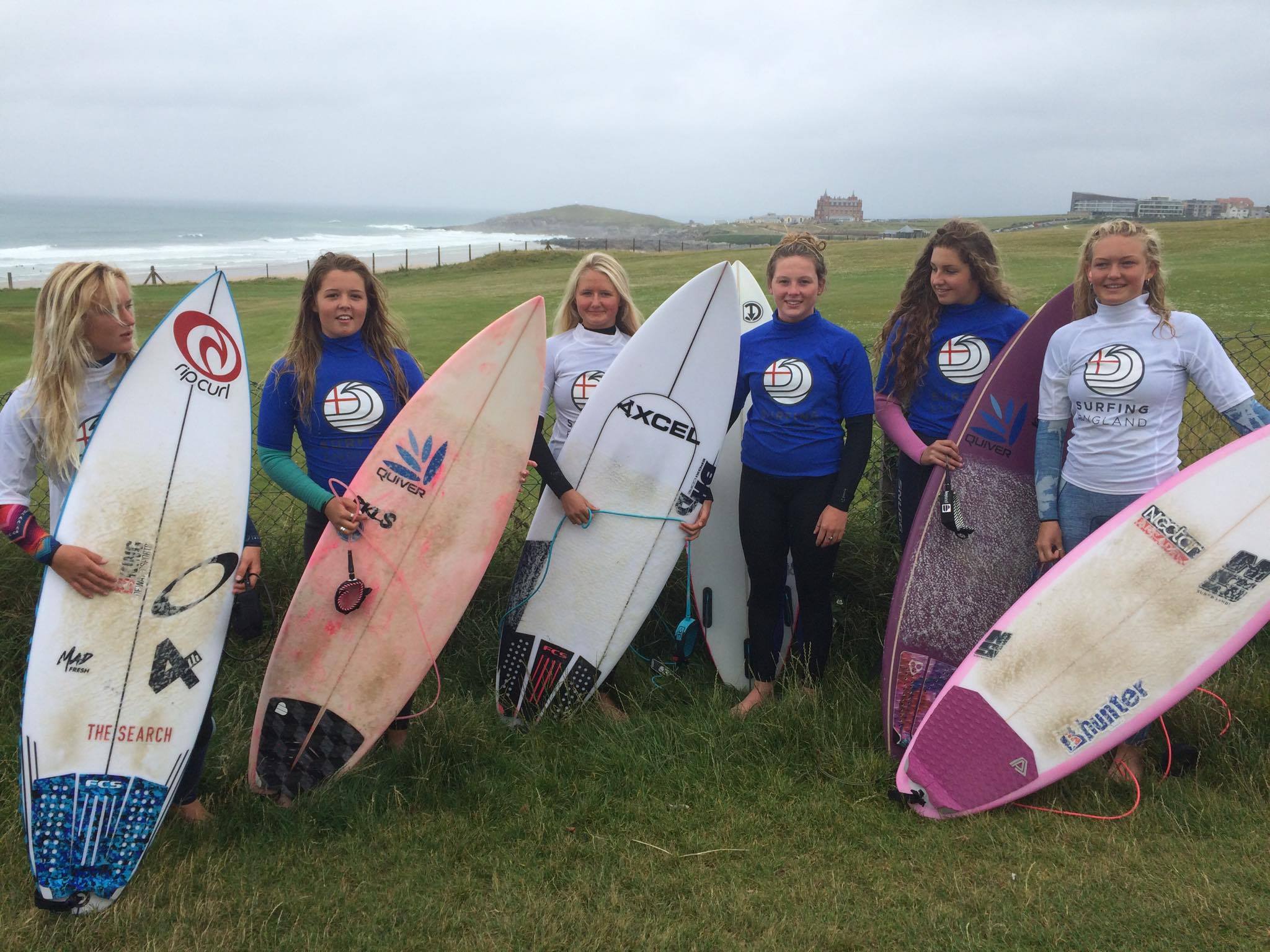 Thank you for all the parents, squad members and coaches for making the 2017 squad so strong and the team selection so competitive. Surfing in England is going from strength to strength and it’s the athletes and individuals behind the scenes who are rarely appreciated to make these opportunities possible.

Thank you to the sponsors who have supported our junior team:

And an enormous thanks to the volunteer team who’ve worked so hard: