A 44,691 signature strong petition calling for an end to sewage pollution and a guarantee of safe seas and rivers all year round has been delivered digitally via an online call to Secretary of State for the Environment, George Eustice, by a coalition of ocean and river activists. 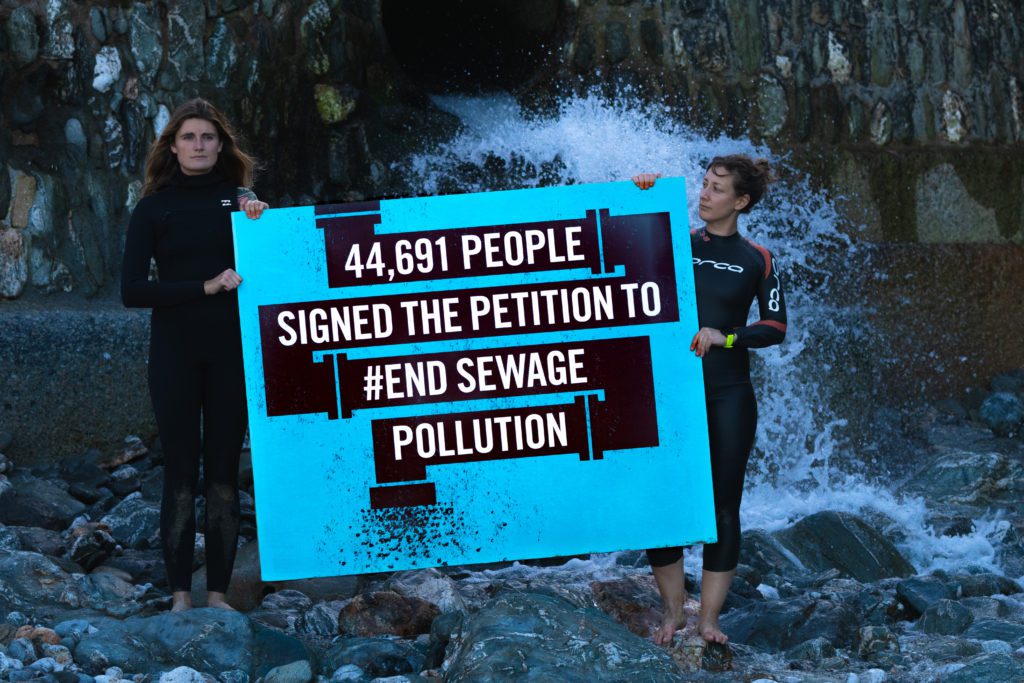 The #EndSewagePollution coalition, led by ocean conservation charity Surfers Against Sewage, representing the voices of tens of thousands of supporters from multiple organisations, including: The Rivers Trust, British Canoeing and Wildlife & Countryside Link, handed in the 44,691 signatory petition to George Eustice directly.

The petition hand in follows a Water Quality Report, published by Surfers Against Sewage on Saturday 7th November. The report revealed that water companies were responsible for almost 3,000 raw sewage pollution incidents into bathing waters in England and Wales from licensed Combined Sewer Overflows from 1st October 2019 to 30th September 2020, impacting some of the most popular beaches in the country. Surfers Against Sewage tracks these discharges with real-time data obtained from water companies and provides pollution alerts from regulators for over 370 beaches through the Safer Seas Service app.

Hugo Tagholm, Chief Executive of Surfer Against Sewage, says: “We’re pleased that we could hand in this petition directly to the Secretary of State for the Environment, even if this had to be by video call due to the national lockdown. In a year where so many have taken solace in nature and where participation in water sports has increased significantly, there have been thousands of sewage discharges into UK Bathing Waters. This petition is evidence that the people of the UK want governments to do more to protect our water ways, not just for people but for wildlife too. The #EndSewagePollution coalition is calling for world leading water quality legislation, with an Environment Bill that sets progressive, ambitious and legally binding targets to end untreated sewage discharge into Bathing Water and upholds the highest standards for inland and coastal waters.”

The petition hand in coincides with the week when the 2nd reading of the Sewage (Inland Waters) Bill was due to take place in the House of Commons, before being pushed back to 15th January 2021 due to the national lockdown. Proposed by the chair of the Environmental Audit Committee Philip Dunne MP, the Bill seeks to provides a much needed and essential framework for water industry reform to end sewage pollution, restore England’s rivers and protect water users. Having supported the drafting of the Bill, The #EndSewagePollution coalition is encouraging the public to contact their local MP to support the Bill ahead of the debate.

To find our more or to take action, visit: https://www.sas.org.uk/EndSewagePollution-SewageBill