The BamBooBay UK Bodysurfing Championships and Euro Bodysurf England 2021, which took place in Cornwall over the weekend, has been hailed as one of the best ever. With onshore winds and a huge swell forecast the contest organisers made the call and relocated from Fistral to the perfect spot just round the corner, Tolcarne Beach. What followed was 2 days of amazing waves, competition and camaraderie. It was evident from the early heats that the French contingent would be very strong contenders for most of the titles, with 13 y-o Uhaina-Kailani Hegoas in particular looking up for the challenges to come.

In the Ladies competition both semis were tightly contested. Uhaina-Kailani Hegoas was second to Helene LeBlanc in the 1st semi with Claire Kelly coming out ahead of Rachel Symns in 2nd semi. In the final though petite 13 y-o Uhaina-Kailani Hegoas stood out from the rest of the contenders with two great rides and a combined total of 13.76.

Local challengers Sam Gill, Janusz Burda (Juice) and Oliver Ross-MacDonald were all looking strong in the early heats of the men’s before Juice and Oli got knocked out in the semi’s. However, Sam came a very credible 4th in the final. 1st, 2nd and 3rd places went to Matias Hegoas, Patrice Grieumard and Paul Grieumard, their vast experience really starting to show. 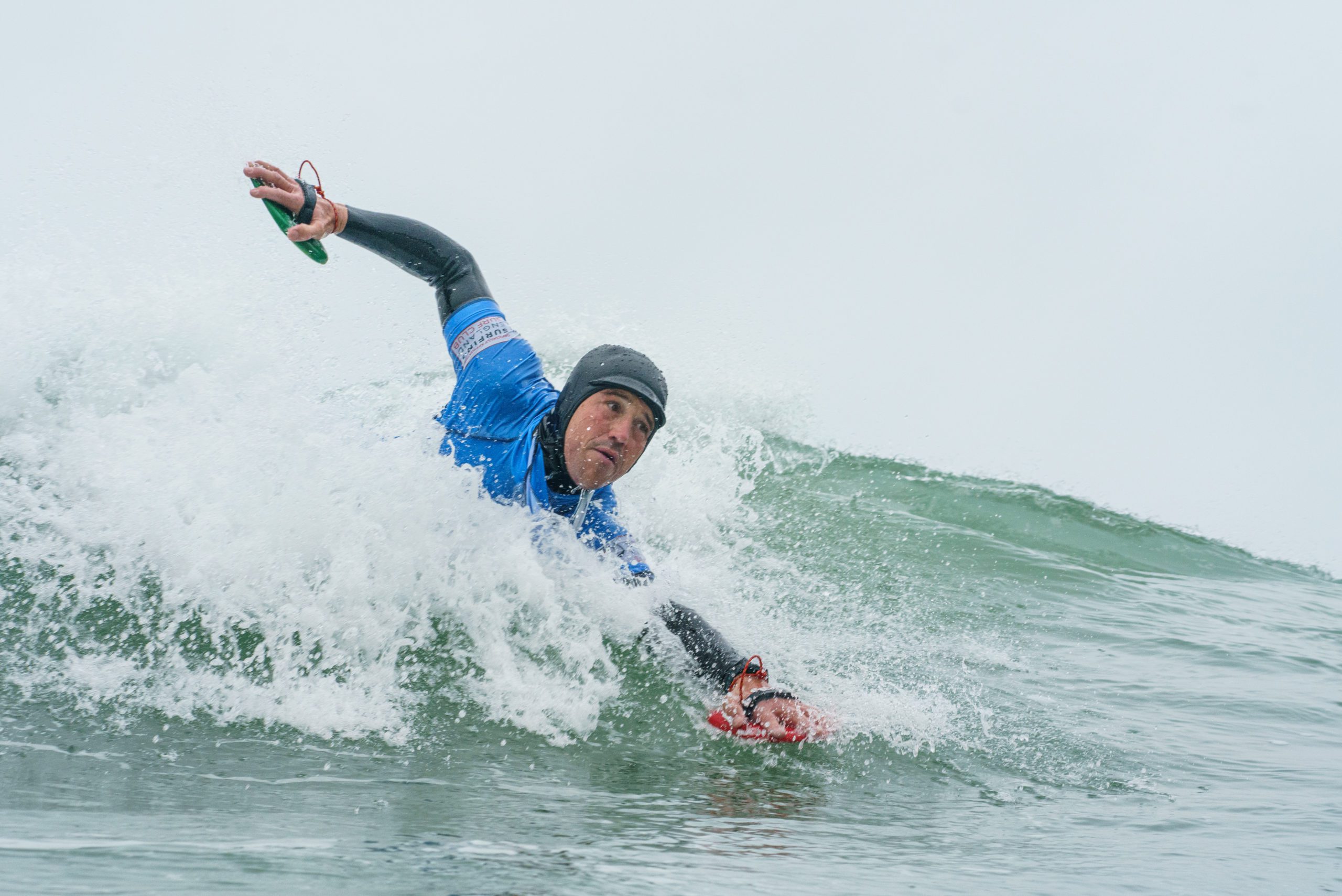 This was the first year for England to host a stage of Euro Bodysurf, not an easy thing to arrange in the middle of Covid.

In the men’s Open it was a clean sweep by the French with Patrice Grieumard coming out in 1st, Joel Badina 2nd and Matias Hegoas 3rd. Patrice’s son Paul was 4th this time, never nice to finish behind your dad, but Patrice’s score of 9 (the highest of the day) on his last wave was enough to beat all of the others! Sam Gill and Juice did reach the semi’s though, still a credit to the way the sport is growing here in the UK.

The Ladies Open took place as the swell continued to grow, sets coming in at around 8ft and with 20 second spacing. Uhaina-Kailani Hegoas continued her progress to the final catching waves vastly above her stature, and finished as the winner in the final. Enora Queffeulou was 2nd, Helene LeBlanc a very worthy 3rd, with Lucy Hutley 4th. 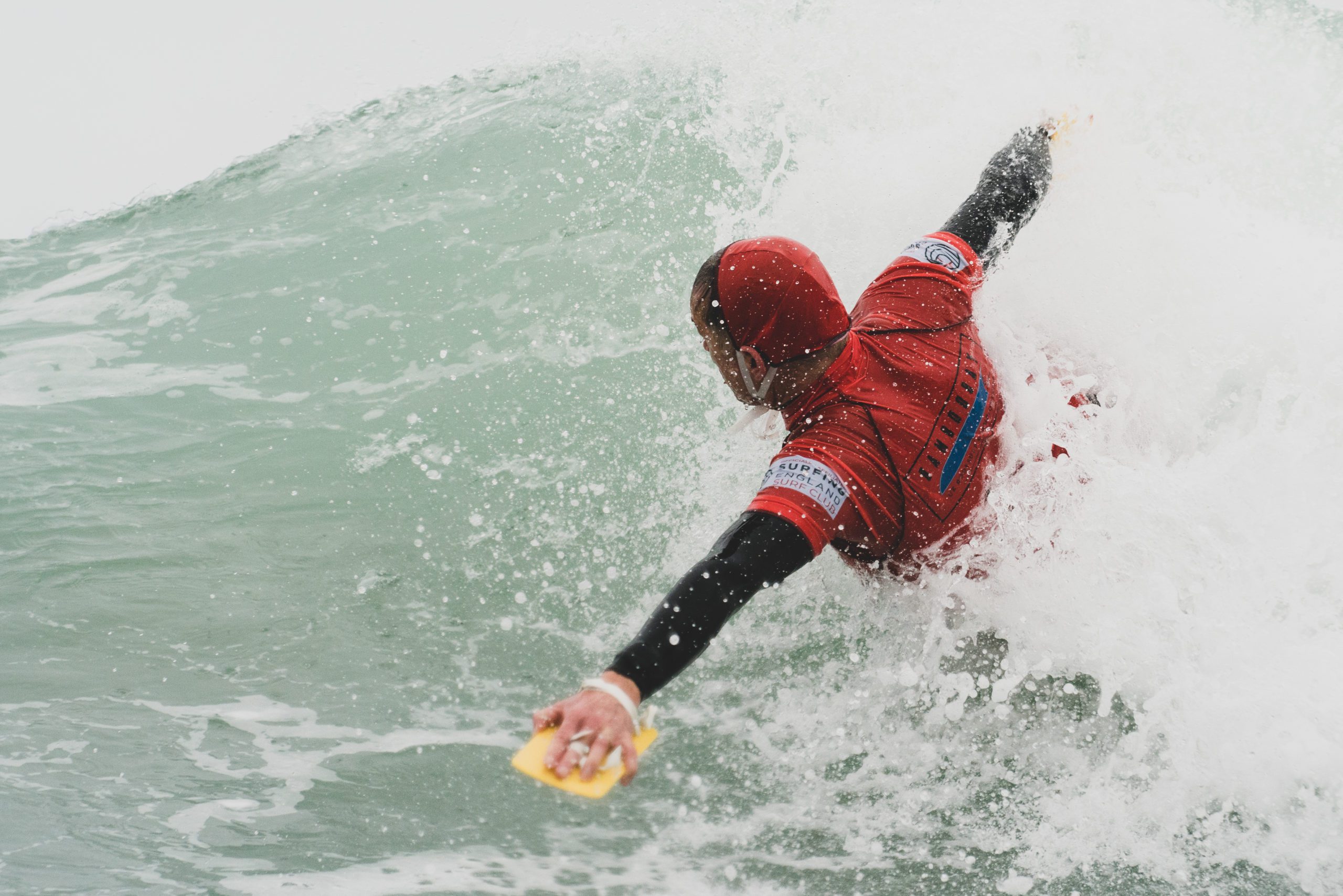 The overall winners for the Euro Bodysurf 2021 series were Uhaina-Kailani Hegoas and Joel Badina, worthy winners, congratulations to them both.

The sight of the day however might have been Llyr Gallagher (ERA Adventures Safety Officer) balancing a box of pizza in one hand as he took his jet ski out beyond the waves during a lunch break. Apparently, it remained dry.

Medals and trophies were presented to all the winners by Ludi from BamBooBay with Patrice Grieumard (head of Euro Bodysurf) presenting the overall medals for Euro Bodysurf 2021. 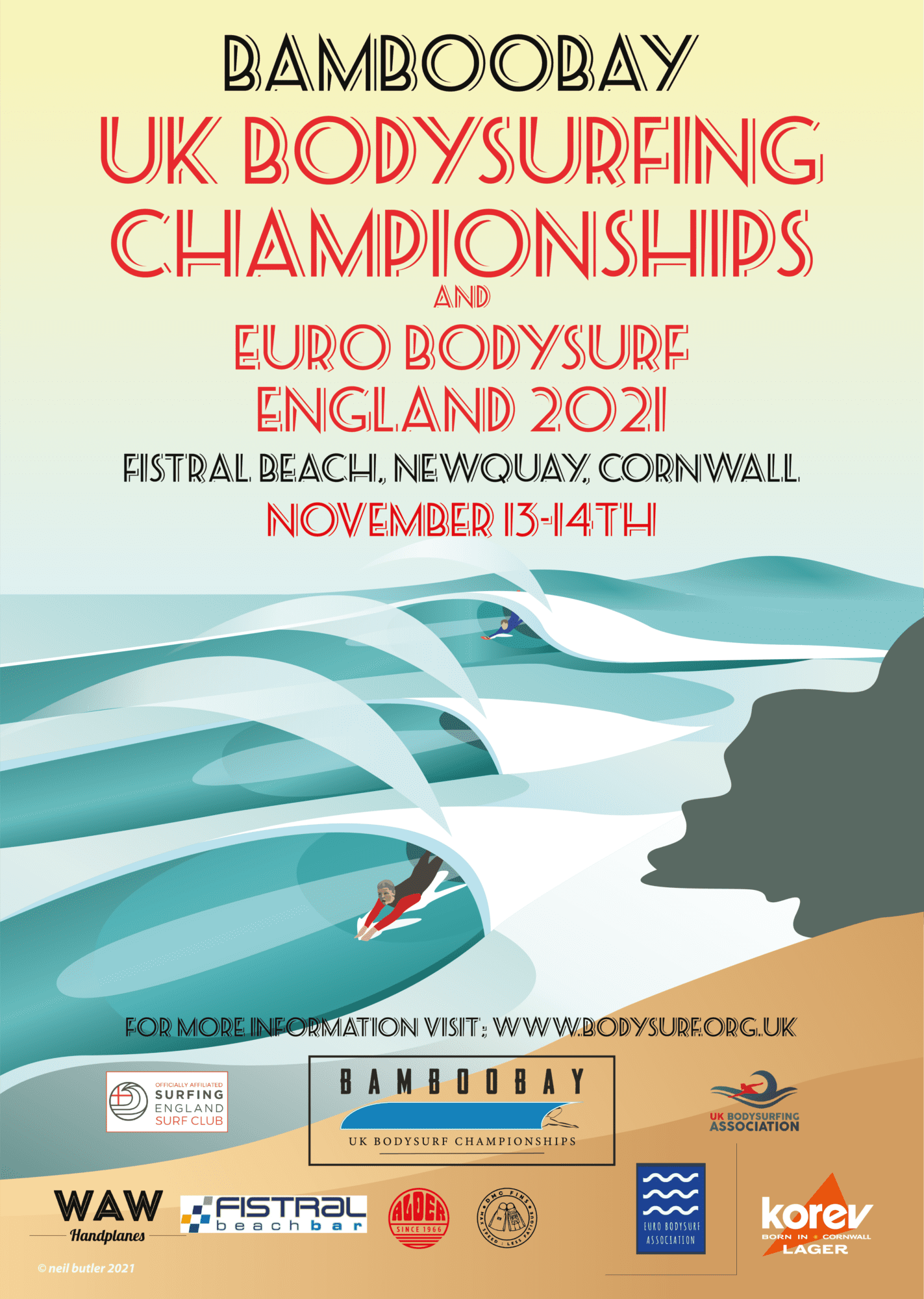