Conditions were pumping for the groms at the third and final stop of the 2022 Surfing England Junior Surf Series, supported by Animal UK and EOLA. Local surf club Bude WaveRiders welcomed 40 surfers from around the country into their waters and pulled off an awesome comp, with everyone left frothing from the day.

The event took place on Sunday 23rd October, postponed from an original date in June. The juniors got lucky with a top forecast, gracing Widemouth Bay with 2-4ft clean waves, and sunshine most of the day. Surfing England’s event team partnered with host surf club, Bude WaveRiders to put on a stellar day of competition. A huge thank you to the surf club’s team of volunteers who made the event possible and a smooth operation. 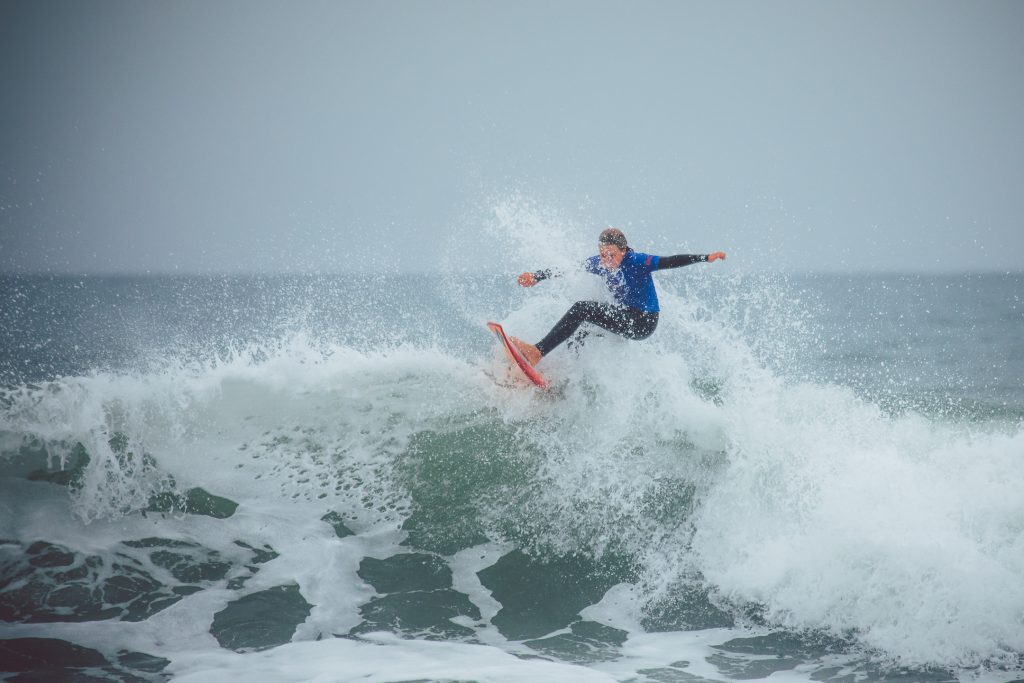 Taking part in the U12 and U14 divisions was a strong field of up-and-coming surfers from across the country. As a grassroots competition, many first-time surf competitors got involved and it was great to see lots of new faces. Throughout the day we witnessed some excellent surfing from the field, summiting with back-to-back finals at high tide. With spectators elevated over the beach and looking down on the waves, there was a real buzz running through the contest site when it came down to determining the event’s top positions.

In the U12 Girls, Lila Skinner and Coco Arthur dominated the top scoring waves, with Lila pinching glory within the last 30 seconds of the heat. Betsie Reay and Arabella Peres showed off their style and came in 3rd and 4th.

The final of the U14 Girls consisted of our top performers from throughout the series. Harlyn Sykes clinched the top spot, with Sunny Ingram 2nd, Willow Smith 3rd and Bethan Davies finishing in 4th.

Rounding off the day, the U14 Boys were firing and dropped some high scores on the board. Heath Gillespie won the category, with local Isaac Friend coming 2nd, Jago Tasker in 3rd and Nate Edmonds in 4th.

Lenka Koubek, Membership and Marketing Coordinator at Surfing England, who has supported every junior surf series event said “it was epic to see so many groms tearing it up at Widemouth. These events have been a highlight of the year and it has been so good to see this series launched. We are grateful to event partners Animal UK and EOLA whose sponsorship has enabled us to run these junior events which are key for developing the pathway of surfing in England.” 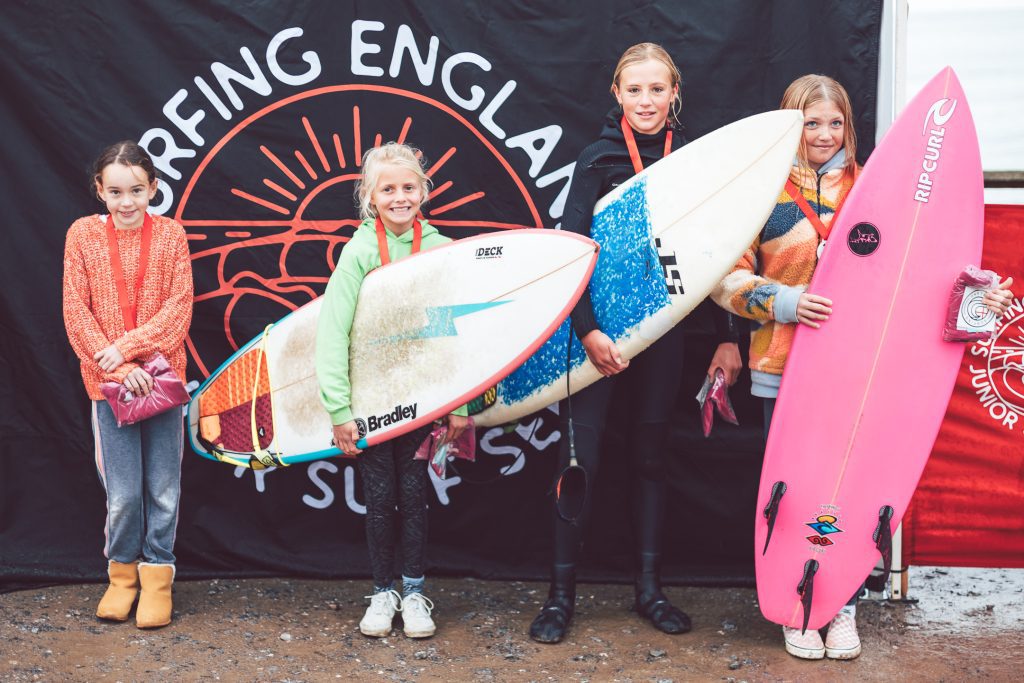 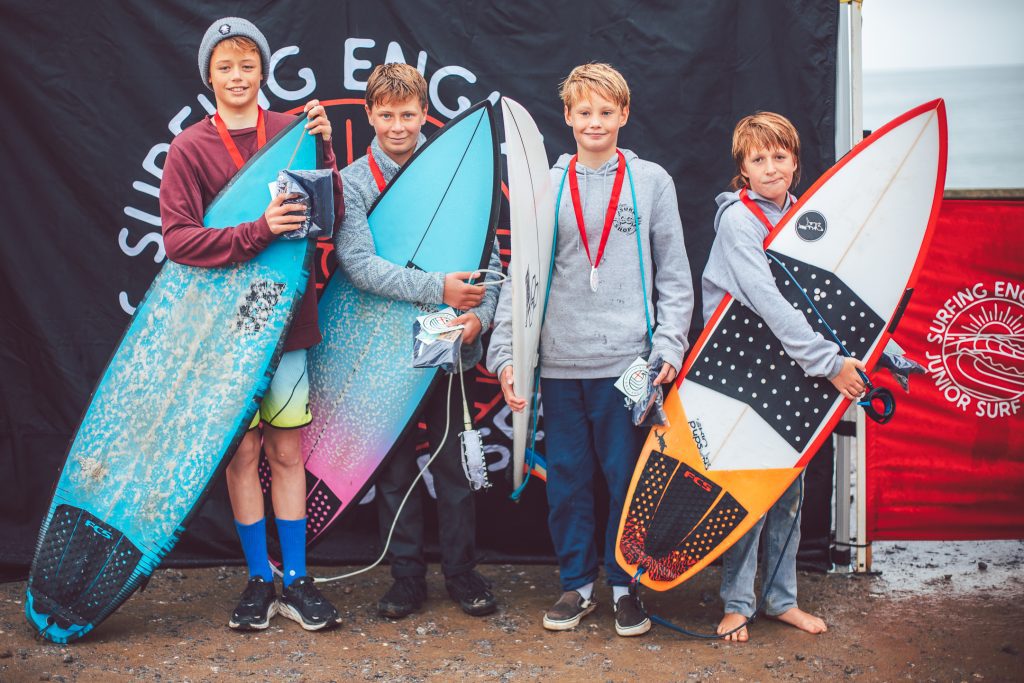 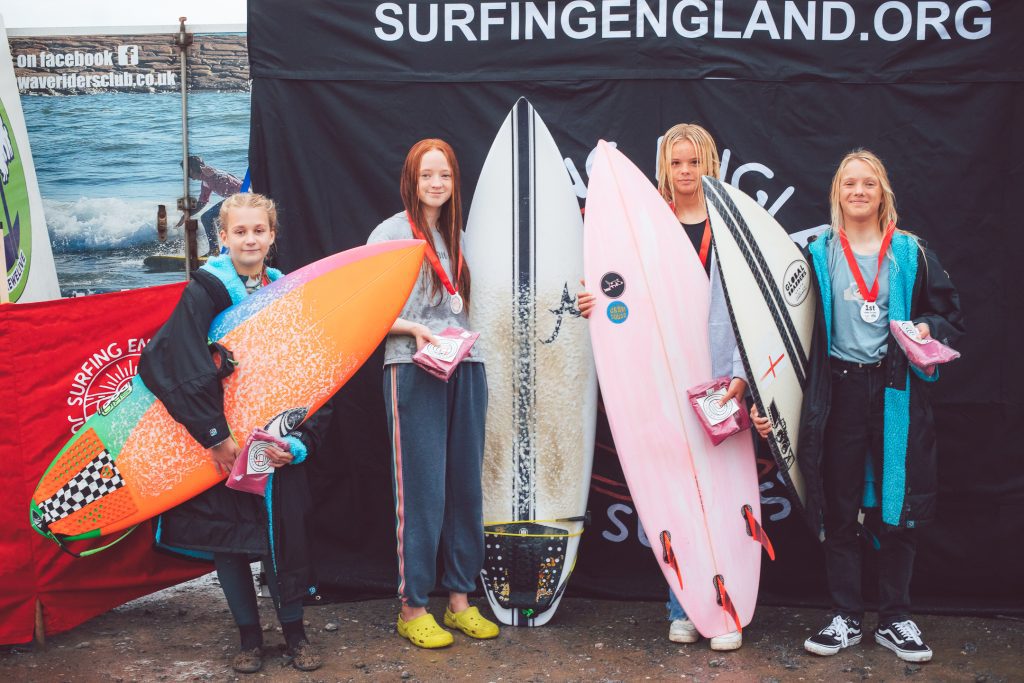 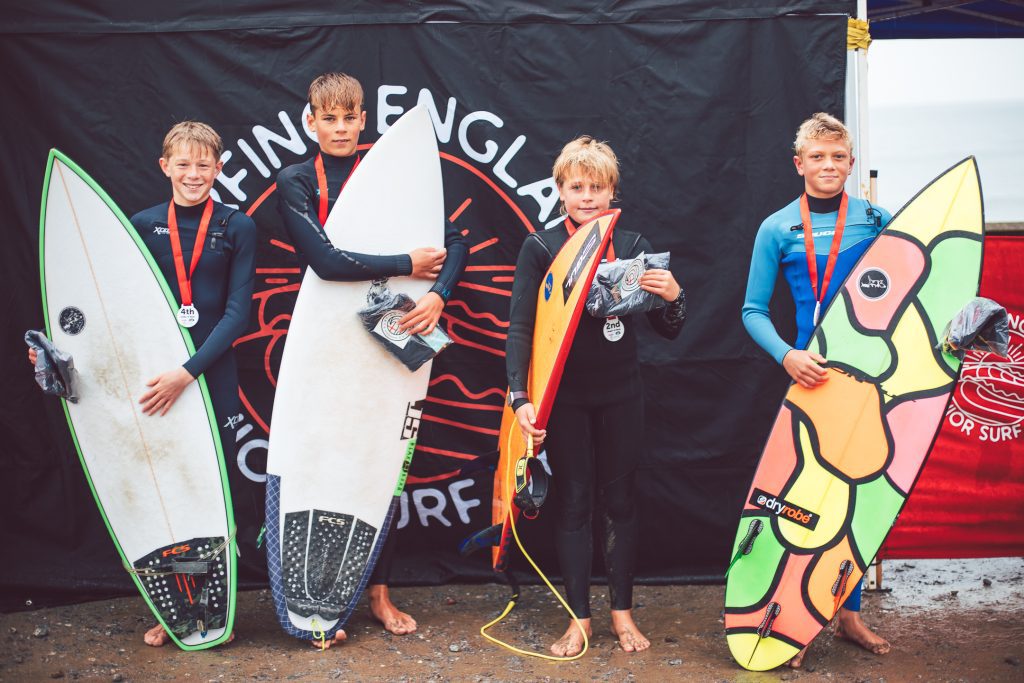 A huge thanks to series sponsors Animal UK and EOLA, and of course all the competitors and their support teams. A huge thank you to all the surf clubs and volunteers who have helped us deliver a fantastic series of events for the juniors.

The Junior Surf Series concludes at The Wave this Thursday 27th October, where the top surfers from throughout the series have been invited for a “Day of Champions”. This will consist of a training day with Team England Coaches and Team England athletes and is a real chance to celebrate their success from the season.

You can support Surfing England by becoming a member! Membership includes insurance for surfing worldwide, and some great discounts. The more members we have, the more programs we can deliver to grow and develop the sport we all love. Join us here.

For all the latest news on Surfing England go to www.surfingengland.org