Three days of double peak surfing action took place at Watergate Bay over the weekend at England’s most prestige surfing contest. Over 155 surfers came to compete at the 2022 Caravan and Motorhome Club English National Surfing Championships. This was the battle for 2022 Champion Titles – read on to see how the event unfolded.

The 2022 Caravan and Motorhome Club English National Surfing Championships returned to its historic home of Watergate Bay at the weekend, with over 155 surfers in the Event, competing in 16 different divisions, a total of nearly 190 entries (next year we’re charging for 200+). Caravan and Motorhome Club were on hand keeping the beach clean & presenting all the surfers with a custom tote bag to remember the Event.

Year on year the Championships is gaining in prestige as the standard of surfing in England is developing & the talent coming through the ranks is so exciting, as well as the talent staying within the sport, the Men’s Seniors (28+) & Kahuna’s (45+) showing really impressive displays of surfing. Throughout the weekend scores dropped live onto LiveHeats keeping everyone on the edge of seats.

Friday kicked off with some challenging conditions for the Grom’s, waves were small, but the Event was called on by Pauly Jeffrey, our incredibly experienced Contest Director, with conditions reasonable enough to be contestable. Even with this, the U12’s, 14’s & 16’s put in a serious shift making the most of what was on offer. When you watch these junior’s, you really get the scope of the talent in the surfing World. Swift snaps were on show & the most points were scored from the open faces of the waves as the surfers charged to gain the best scores. We hit pause on lunchtime as the surf deteriorated.

Saturday was a different story, as we turned up to the beach to see the cliffs draped in fog but some bigger surf rolling through & a much cleaner wave. With 39 surfers in the Men’s Open shortboard, we started at 8am and the sea lit up with spray as surfers showed some serious power in their surfing. The Women’s Shortboard were also absolutely inspiring to watch, as was all the surfing that ran through as we completed a staggering 56 heats of surfing! Wild West Jerky were on-site providing some sustenance for competitors with healthy, meat based and vegan alternative jerky. Red Bull also amped the tunes all day keeping everyone stoked! 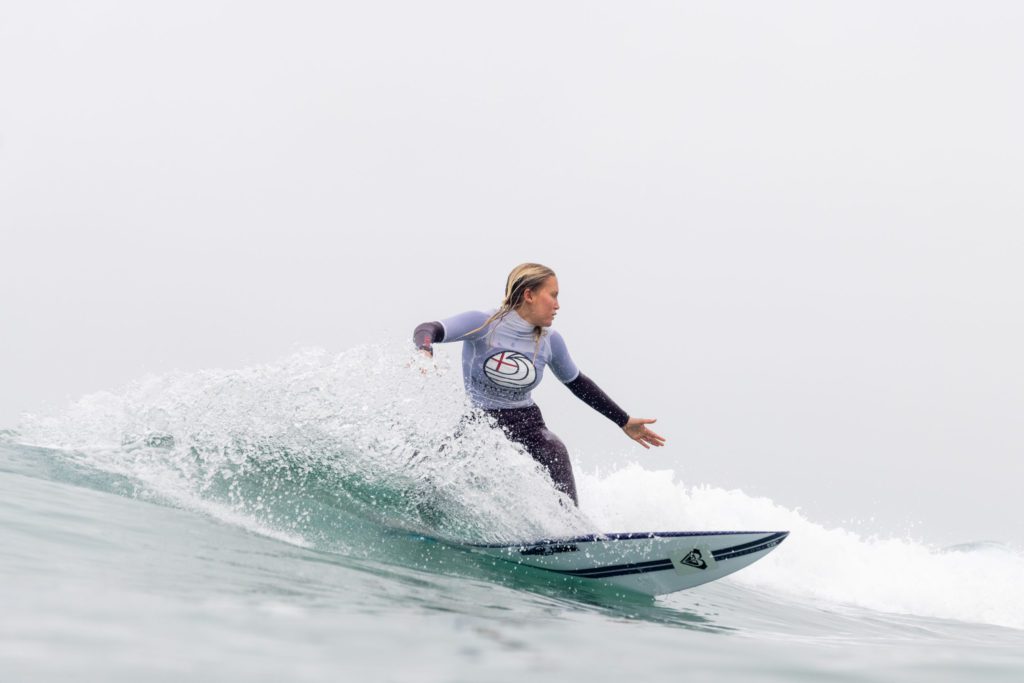 The longboarding provided a mesmerising watch as usual, those surfers showcasing neat footwork to manoeuvre to maximise scoring potential on the waves. Throughout the day, the Grom’s were also keeping energy levels high, getting in plenty of heats and for those into finals some training time. 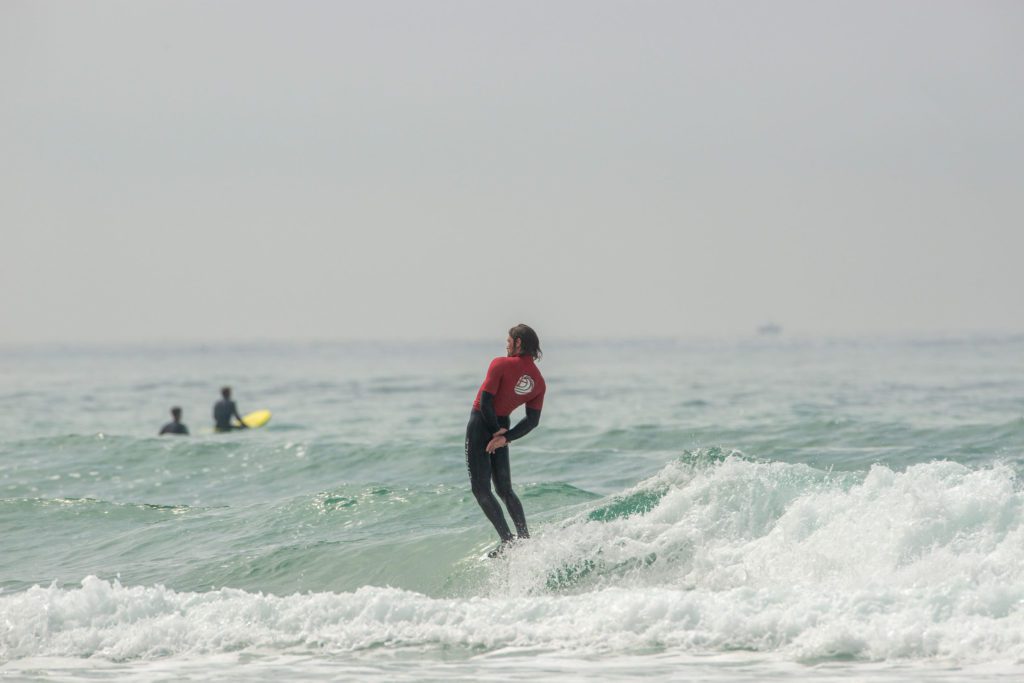 After an epic Saturday, the whole Event Team and Surfers came to the beach with excitement on Sunday morning & high anticipation in the air, as we got cracking to complete the Event & award titles. The sun was basking the shoreline, and the waves were the tastiest looking we’d seen all weekend. We knew the forecast was shifting so we charged on starting before 8am, to wrap up by lunchtime. 8 heats of semi-finals set the tone for the day, with crowds roaring & supporters at the shoreline.

16 Heats of finals ran back-to-back with surfers having to be patient for set waves to come through to maximise scores. The tension was high and some of the placings were incredibly close.

When it came to the crunch, in the Men’s Longboard Ben Skinner claimed Champion spot for a consecutive year. Luke Dillon in the shortboard made his intentions clear from the start, recently back from a QS event in Portugal and won Men’s Shortboard Champion for a third year running.

Over into the Women, Emily Currie took champion sport for Women’s Longboard for another year running, and Alys Barton came out on top in the Women’s Shortboard in what was a busy final with lots of set waves making the difference, Alys also took the double with U18 Girl’s Champion title. Many more titles were bagged, continue on for full results.

The presentations took place in glorious sunshine, with wooden wave trophies for all the Champs and incredible prizes from Caravan and Motorhome Club, korev Lager, The Wave, dryrobe, Decathlon, and Cutty Sark.

It has been a phenomenal weekend of surfing action at Watergate Bay. The future of English surfing is bright as we charge forwards to represent our country on the World stage. Stay tuned as the Team England Juniors are the next team heading out to compete on the global stage at the ISA World Championships which commence on 27th May in El Salvador.

To see individual heat and wave scores, you can check out all the results on LiveHeats here.

The biggest thanks to the whole of the Event’s team for working together to ensure a seamless National Championships took place.

A huge thank you to Watergate Bay who host us for our return of the English National Championships and ERA Adventures for the Lifeguard Cover.

Any queries or for further information, please contact Hannah on: [email protected]