In a weekend of back-to-back heats and double peak surfing at Watergate Bay, a fantastic crew of over 160 surfers came together to compete to claim an English Champion title. The surf was firing, the event site and sponsors were buzzing, and the performances on show from the competitors were off the charts. Bringing back this iconic event in full capacity was a resounding success and marked moment for English Surfing, where the future is so bright.

The contest ran with live scoring in full swing on both peaks, meaning avid supporters could log in and see the heats and scores dropping from anywhere in the world, reverberating the excitement right across the globe to international fans.

The level of surfing showcased was seriously impressive, with some well experienced competitors showing their skills and some new names making themselves known.

In the Men’s Open, the surfers were whittled down from 36 to a final of 4, as they charged through the rounds in a true endurance test on Saturday, with Luke Dillon taking the Men’s Champion Title in a competitive final on Sunday. In the Women’s Open, when it came down to the crunch it was Groms Alys Barton who placed 2nd and Lauren Sandland who at just 15 years old took the Women’s Champion title – she’s one to watch. 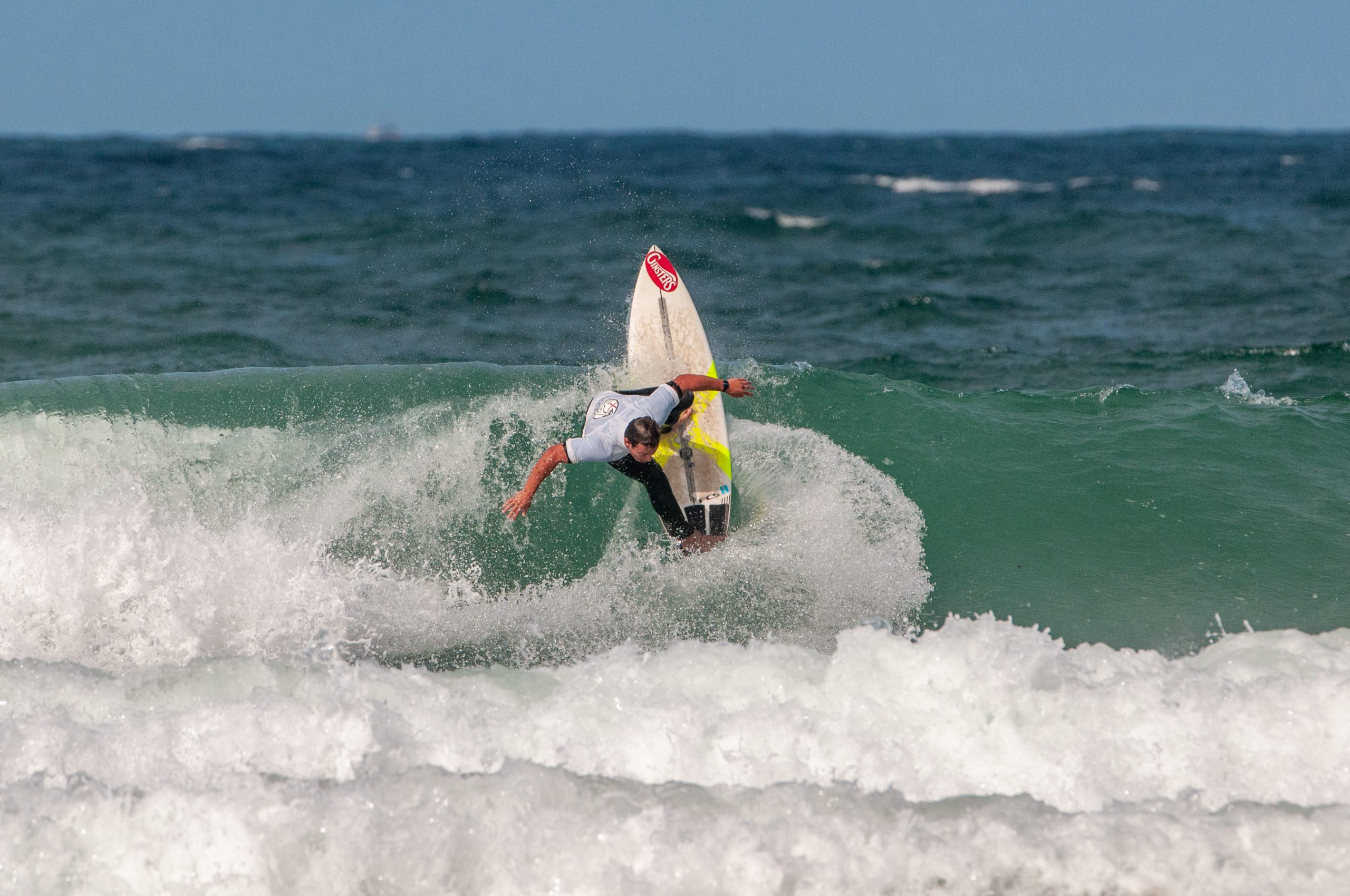 In the Men’s Longboard, experienced competitors Ben Skinner and Sam Bleakley put on a good show, with Ben’s last wave of the heat swinging the Champion title to his name. Ben is currently 5th in the World for longboarding and has some very exciting contests ahead, the WSL Longboard Champ title in his sights.

In the Junior Divisions, the boys’ categories saw a great turn out and for some of the U12s, after no competition last year, taking those Champion spots was a true highlight of their year. The Champs returned their vests with beaming smiles and showed their maturity congratulating their fellow competitors. For some of the U12’s, its all about competition in the water but strong friendships on the beach, a fantastic crew of boys and girls are coming through the ranks.

The U14s, U16s, and U18s heats for boys and girls lit up the beach on Friday, in arguably the best conditions of the weekend with clean lines gracing Watergate Bay. Aerials were on show from Lucas Skinner and Stanley Norman, whilst the other groms look on to learn these skills. Fierce cutbacks and amplifying amounts of spray were powered off turns, showing the judges the high calibre of surfing and a great spectacle to watch.

On-site Caravan and Motorhome Club attended representing the brand and also on a beach cleaning mission, supporting our environmental aims to leave no trace of our contests. Red Bull also joined us for the weekend providing a chill out area for surfers and product to give some energy to those who were after it. From The Wave, Nick Hounsfield, who is also the Chair of Surfing England was on the beach watching the action from the finals on Sunday. korev lager and dryrobe lit up the site with some great branding and prizes for surfers, all which were thoroughly enjoyed by the Champs who won them!

What a weekend! This was the 2021 Caravan and Motorhome Club English National Surfing Championships, held at Watergate Bay, Cornwall. We cannot wait to return to the beach next year.

A huge thank you to Watergate Bay who hosted us for the return of a full English National Championships and to ERA Adventures for the Lifeguard cover.

A further thank you to our fantastic headline partners Caravan and Motorhome Club and to our amazing partners korev Lager, The Wave, dryrobe, Decathlon, Clarke Willmott, Vospers, Red Bull, Surfdome, and our Media Partners Panoptic Motion.

For any further information, please contact Hannah on: [email protected] 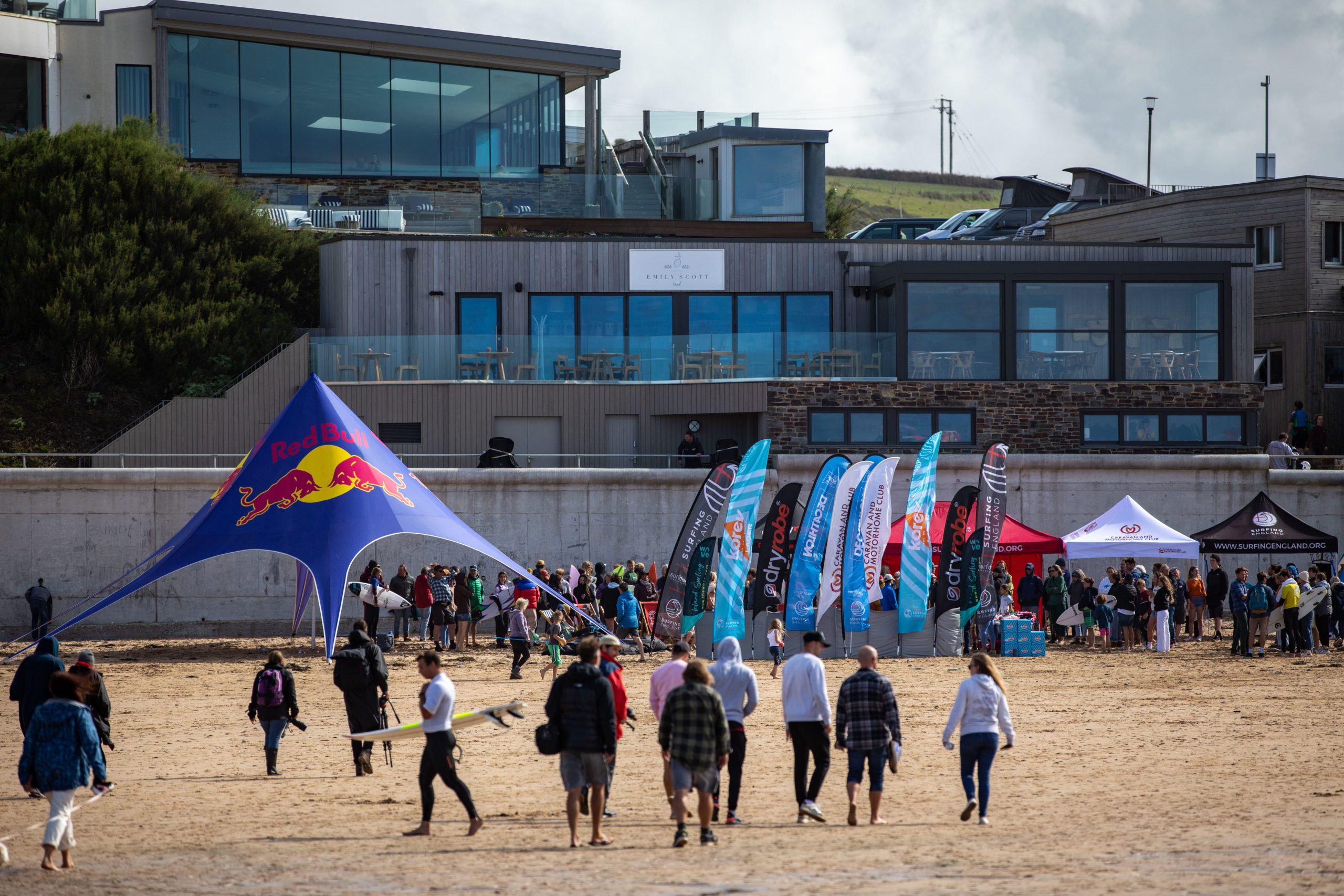