Team England were charging up in Thurso, Scotland, last weekend at the 2021 British Surfing Championships & British Cup. There were phenomenal performances across the board and 7 athletes representing England made the finals. We were blown away watching the action via livestream from afar. It was a hugely exciting weekend showcasing the incredible calibre in British surfing, as these surfers really took it next level, knowing places in the British Team were at stake.

After making the long journey North, Team England got the opportunity for a training session on the lively right that is Thurso on the Friday afternoon, ahead of the contest starting on Saturday. Saturday quickly swung around in a day that tested everyone to extremes, with weather delivering sunshine and snow, so much so that the odd heat had to be re-run so the judges could see the waves. 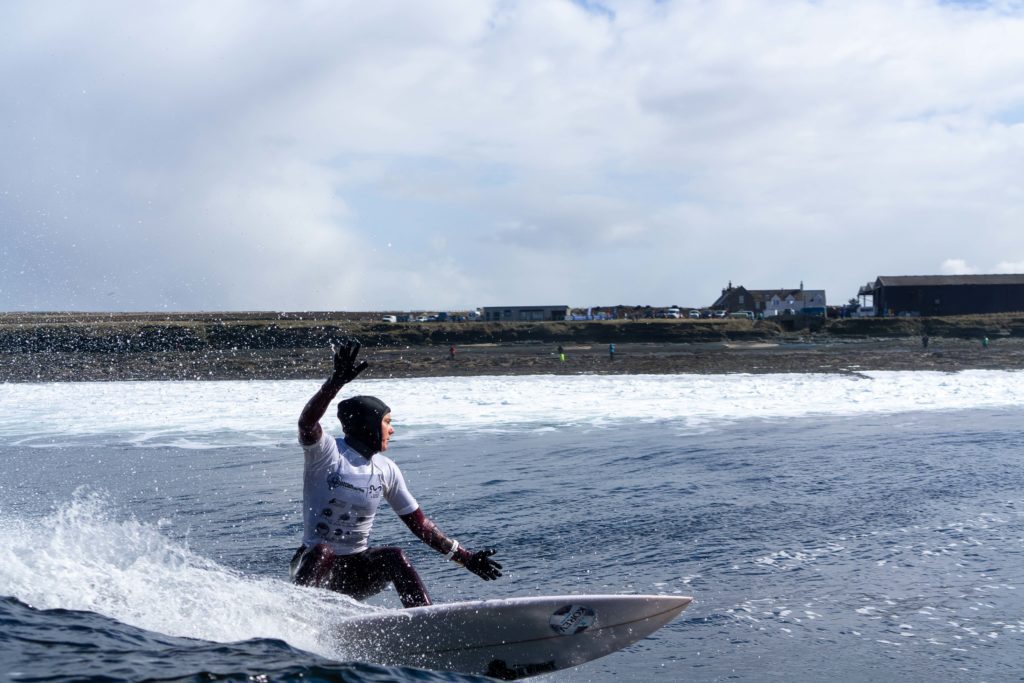 Throughout Saturday and Sunday, the Team England women charged from heat to heat, all progressing through the rounds to compete against each other in the main event final, where Emily Currie and Ellie Turner were nudged into the repechage final. Both Emily and Ellie fought hard in the repo final and re-joined their teammates and for an all-Team England woman grand final!

Alys Barton, the Birthday girl of the weekend who is just 17 claimed the highest scoring wave for the women in the whole event with an incredible 7.67, clearly nailing the turns and impressing the judges. Meanwhile Lucy Campbell had the top heat scoring results with a combined wave score of 13.83, closely followed by Emily Currie with a 12.67, and Ellie Turner with 12.17, England sitting firmly in the top of the leader board. Scotland’s Pheobe Strachan and Shoana Blackadder also earnt some impressive scores. When it came to the crunch, Lucy Campbell took the 2021 Women’s British Champion title, huge congratulations. 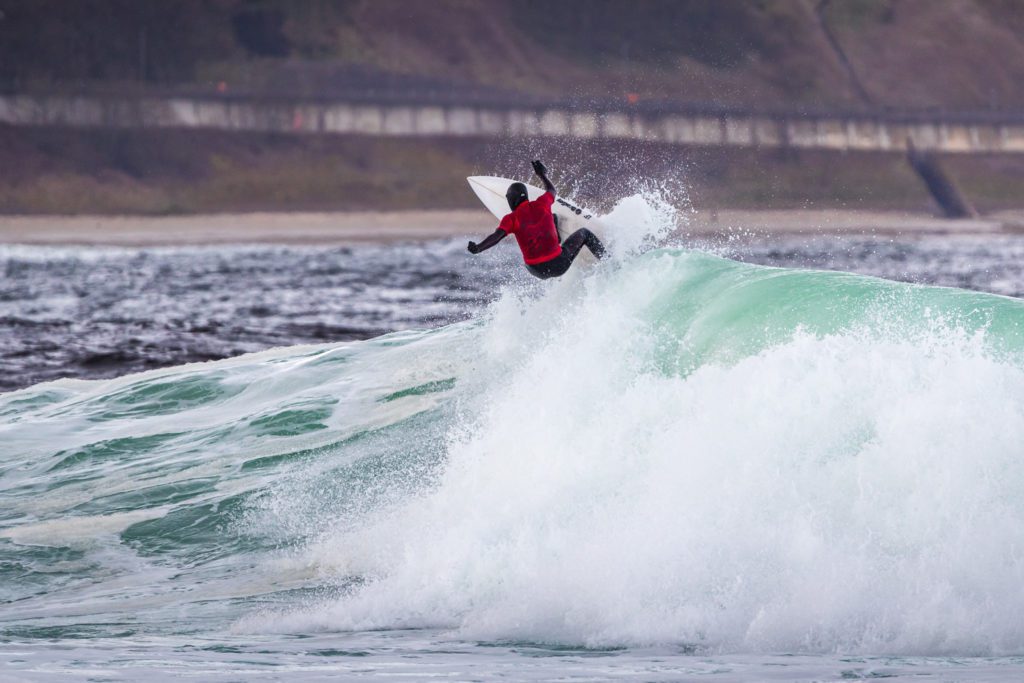 In the Men’s, England, Scotland, and Wales all submitted full teams in what would be a very competitive division. All Team England men charged through Round 1; in Round 2, Stanley Norman, Barnaby Cox and Jayce Robinson would all meet, the Bude boys just nudging Jayce into the repechage. Meanwhile Luke Dillon faced 3 of Wales’ finest and came out on top, Wales’ Logan Nicol just behind.

Stanley and Luke continued to progress through the main rounds all the way through to the grand final. Meanwhile, Jayce got nudged out of repechage 3, by Wales’ Patrick Langdon Dark and teammate Barnaby who went on to win the repechage final, joining Stan and Luke back in the grand final, alongside Wales’ Harry Cromwell who also made it through the repo’s. Viewers were on the edge of seats for this final, Stan making a claim on his aerial 360 and coming out on top as 2021 Men’s British Champion.

Crunching the stats, Luke made an impressive 9, the top scoring wave of the contest for the men, Stan just behind with a 8.67, and Barnaby a 8.17, scores all should be proud of. Luke also claims the highest scoring heat result with a 17.17.

British Surfing have announced the British Team who will compete at  the upcoming ISA World Surfing Games on 29th May – 6th June, taking place in El Salvador. The final Olympic places will be awarded at this event, 5 for men, and 7 for women. 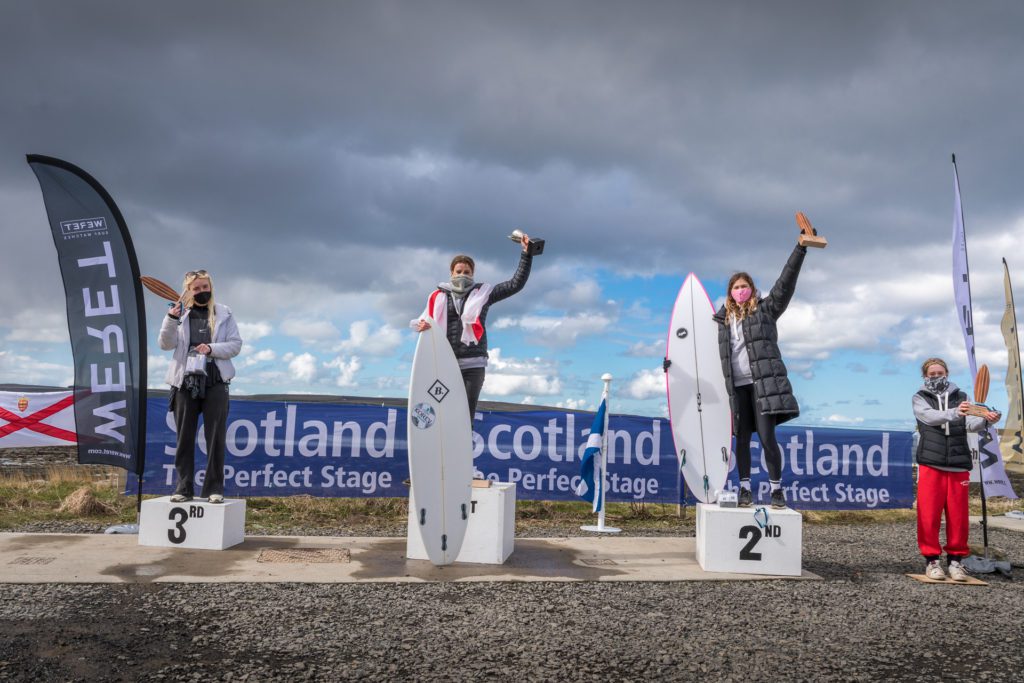 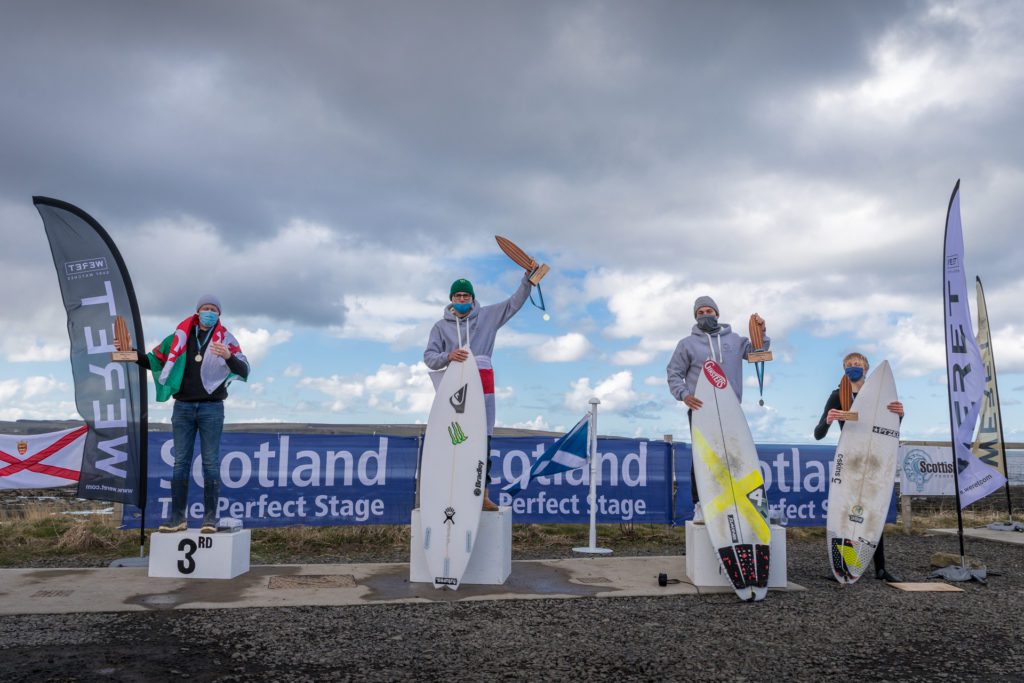 In what was a fierce competition and with places being battled for to make the British Team we are hugely proud of Team England. We now look forward to receiving further updates from British Surfing ahead of the 2021 ISA World Surfing Games, where the final Olympic places will be claimed.

A huge thank you to Team Manager, Minnow Green, and to Head Coach Dave Renaud for travelling and supporting the team taking them to this momentous victory. A further thank you to Norman Wright for representing England on the judging panel.

We would like to thank the Scottish Surfing Federation for hosting the contest and making Team England so welcome up in Scotland. Thanks to our Team England partners, The Wave, Caravan and Motorhome Club, Korev, dryrobe and Surfdome. Thank you to PADSTOW ROCKS who have joined our journey as we head towards surfing debuting in the Olympics!

A further thank you to Scotland’s Event partners, VisitScotland, Weret Surf Watches and Impact Sports. And to Braw Surf for the video edits, and Malcom Anderson, Studiograff Photography, Tom Horig & Tonie Nguyen for capturing images throughout the contest weekend.

For any queries or sponsorship opporunities, please get in touch: [email protected]