Groms get ready, the search is about to begin…

Surfing England and Rip Curl today publish the details for the forthcoming UK Rip Curl Grom Search events to hit the shores of Croyde and Watergate Bay this summer!

Following a radical few years of Grom Searching, which has seen UK Grom Ellie Turner reach the World Finals and the likes of Will Bailey challenge Europe’s best on the infamous long lefts of Mundaka, the 2017 Rip Curl Grom Search is ready to kick off for a new search.

The two events in June and August this summer provide under 16, 14 and 12 year old boys and girls with a chance to compete against each other in a fun and exciting event. In a brilliant step forward by Rip Curl, new to this year, all age categories will be battling for places at the Euro Finals in both boys and girls, a development from the previous years as only under 16’s would reach the Euro final. In addition a wild card will be awarded to the winner of a new online competition rewarding the best trick on video – so get the cameras ready.

The event itself takes place over the two locations as Surfers receive points for their results in each event, which then count towards a National Grom Search ranking system. Leaders on this ranking after the two events will then qualify for the last event of the series, the Rip Curl Grom Search European Final, to be held “Somewhere” next Autumn – Previous locations for this have include some amazing waves across Cape Verde, Spain and Portugal.

Sticking with tradition, the first event will take place alongside the Goldcoast Oceanfest Surf & Music festival, which sees a massive line up of music including Kaiser Chiefs, Sigma, Scouting for Girls & many more top international acts 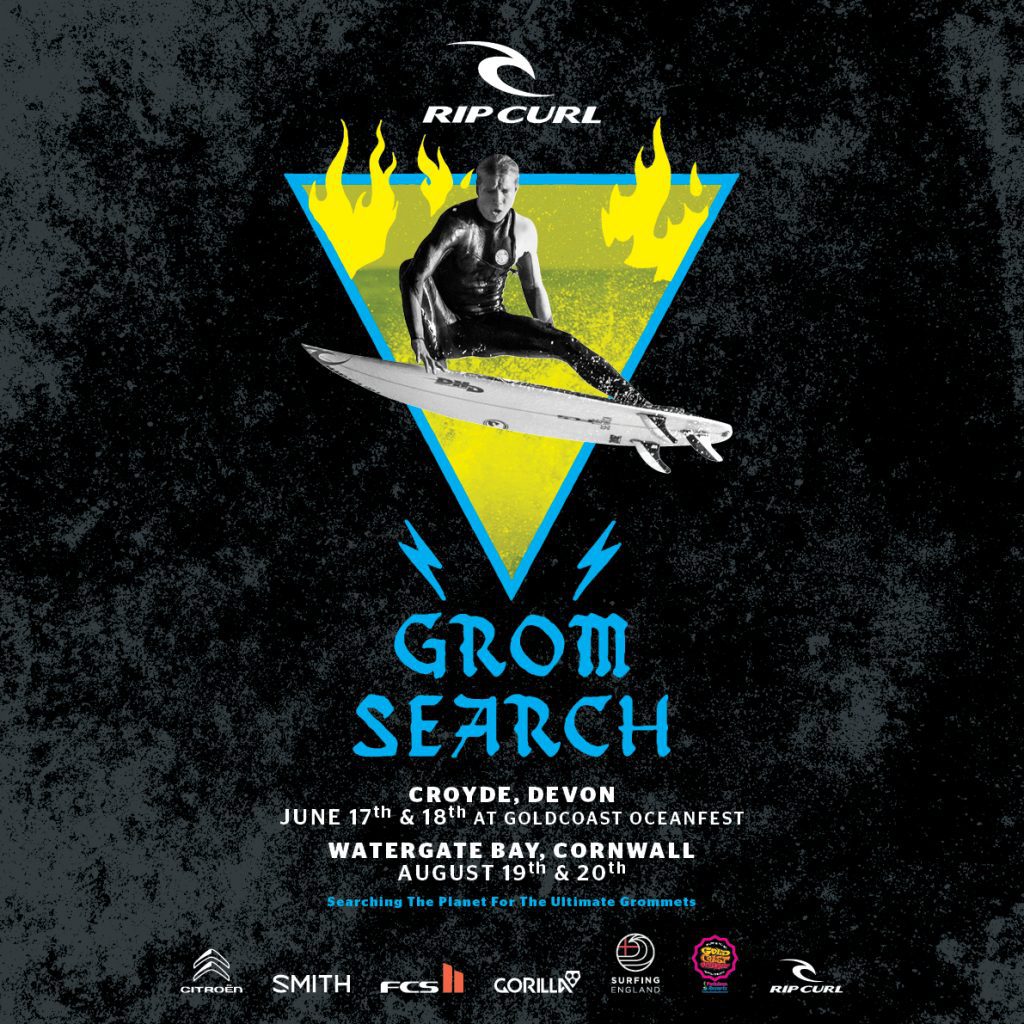 Entry for the events will open approximately 5 weeks in advance and will be made through event organisers, Surfing England.